The largest law enforcement union in Massachusetts has major concerns with a significant police accountability bill that passed both chambers of the State House Tuesday, and leveled criticism at lawmakers for quickly voting on the measure soon after it was released from closed-door committee sessions.

In a letter to its 4,000-plus members Monday, the leaders of the Massachusetts Coalition of Police said the months-long private process to reach a compromise version of the legislation left police “disregarded, dismissed and disrespected.”

“The final compromise legislation is a final attack on police officers by lawmakers on Beacon Hill,” the letter reads. “It is 129 pages crowded with punitive measures, layers and layers of new bureaucracy and the abridgment of basic due process rights of police. It was delivered with almost zero notice and zero time for our leadership, our legal team and our members to process it before debate and votes were scheduled.”

Both the state House and the Senate passed the measure Tuesday, a day after the bill was released from committee. The bill would create a civilian-run, independent oversight board charged with investigating police misconduct and granted the authority to standardize police training and the certification and decertification of officers.

Additionally, the bill bans chokehold use, imposes a moratorium on facial recognition technology, and mandates that officers intervene when they witness another officer using unnecessary or unreasonable force, among other aspects of the legislation.

MassCOP, in its letter, wrote the board would have “minimal representation” from law enforcement. The bill allows for three members with that background.

Additionally, the union expressed frustration over a provision that would end qualified immunity — the legal measure that protects officers from civil lawsuits — for officers who are decertified by the independent commission, “even as the broader issue of qualified immunity would be subject to a full and public hearing and review process in 2021.”

The measure and the larger, national push for police reform was largely spurred by the death of George Floyd, the Black man killed in Minneapolis police custody in May. But, some legislators have advocated for years to advance certain aspects of the bill, primarily the ability to certify and de-certify officers.

“We understand the importance of creating new commissions to address the challenges and historic biases experienced by people of color and people with disabilities, and we acknowledge the demand for harsh new punishments for officers who break the public trust and abuse citizens that are held in custody,” the MassCOP letter reads. “But the bill as written simply goes too far in micromanaging police operations and establishing new protocols that will create dangerous situations and bring harm to not only police officers on the job, but to the public as well, and it does all this motivated by incidents of police violence in other states, not Massachusetts.”

The union vowed to “lead the way” in appealing to Gov. Charlie Baker to veto the bill.

“What was supposed to be a reasonable and thoughtful process to establish sensible police reforms is now a runaway train that must be stopped,” the letter says. 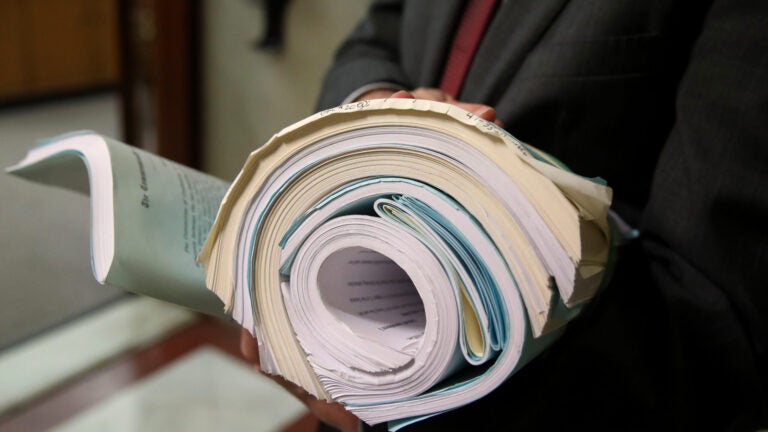