The Massachusetts Senate on Tuesday voted to pass a law codifying and expanding abortion access, overriding a veto last week from Gov. Charlie Baker, who opposed sections of the measure that lower the age of a consent requirement for minors and allow later-term abortions in certain instances.

Senators passed the final version of the law in a 32-8 vote, following a 107-46 vote in the House on Monday in which legislators rejected amendments from Baker. The eight “nay” votes included all four Senate Republicans.

The law, referred to as the ROE Act, establishes the state cannot interfere with a “person’s personal decision” to undergo the procedure, and allows for abortions within the first 24 weeks of pregnancy. After that time, an abortion can only be performed if a physician determines the mother’s life or physical or mental health is at risk, or if there is “a lethal fetal anomaly or the fetus is incompatible with sustained life outside the uterus.”

The law also allows for minors who are 16 and 17 years old to undergo abortions without consent from a parent, guardian, or judge. Previously, the consent age was set at 18.

“Pregnant people who once faced near-insurmountable barriers accessing abortion care can now seize the right to control their own bodies,” Senate President Emerita Harriette Chandler said in a statement. “I am so proud of the policies included in the #ROEAct and of the (Massachusetts Senate) for our commitment to reproductive freedom.”

Pregnant people who once faced near-insurmountable barriers accessing abortion care can now seize the right to control their own bodies.

I am so proud of the policies included in the #ROEAct and of the @MA_Senate for our commitment to reproductive freedom. #mapoli pic.twitter.com/pRBKmbAQLB

Chandler penned a bill whose language shaped the basis of the law, the State House News Service reports. The new measures were initially included in the state budget bill passed earlier this month but later returned by Baker with amendments.

In a veto letter to lawmakers on Dec. 24, Baker said he “strongly support(s) a woman’s right to access reproductive health care, and many provisions of this bill.”

“I support, for example, the provision that would enable a woman to access an abortion where the child would not survive after birth, and the modifications to the judicial by-pass process that make it more accessible to minors who are unable to obtain the consent of a parent or guardian. I also support the changes that eliminate many outdated requirements and the 24-hour waiting period,” Baker wrote. “However, I cannot support the sections of this proposal that expand the availability of later-term abortions and permit minors age 16 and 17 to get an abortion without the consent of a parent or guardian.”

The ROE Act Coalition — which includes Planned Parenthood Advocacy, the ACLU of Massachusetts, and NARAL Pro-Choice Massachusetts — hailed Tuesday’s vote as a “historic milestone for reproductive freedom” in the state.

“Today, the Commonwealth reestablished itself as a national leader in health care by removing political barriers to abortion and becoming the first state to legislatively ease burdensome restrictions on young people’s access to care,” the coalition said in a statement. “The legislature’s leadership means no Bay State family who receives a devastating diagnosis later in pregnancy will ever be forced to fly across the country to access compassionate care, and no 16- or 17-year-old will ever be forced to navigate the court system to access the health care they need. This legislation will significantly improve the health and wellbeing of Massachusetts residents and represents an important step in removing medically unnecessary barriers to abortion care in our state.” 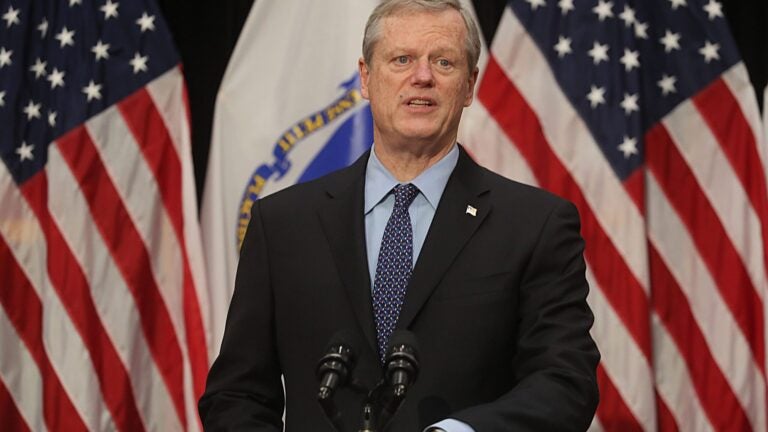