Governor Charlie Baker vetoed sweeping climate change legislation Thursday that would have committed Massachusetts to becoming carbon neutral by 2050, citing a list of reasons why he refused to sign the bill — including worries that it could thwart housing construction and negatively impact an economy still-healing from the coronavirus pandemic.

In a five-page letter to the Senate and House of Representatives, the Republican governor outlined his decision, saying he supported the bill’s climate goals but differed “on how these goals should best be achieved.”

Baker’s administration in December established its own goal and mapped out a separate plan to set net-zero emissions by 2050 in Mass., and Baker said he believes wind power will be key to reaching it.

Under a tight timeline, Baker could only choose to sign or veto the 57-page legislation, but he said if the bill had made it to his desk any earlier he would have offered proposed amendments over striking it down.

“While I support the bill’s goals and am largely in agreement with many of its proposals, 35 hours was not enough time to review and suggest amendments to such complex legislation,” he said. “Reluctantly, I cannot sign the legislation as currently written.”

Baker outlined his reasons for vetoing in his letter, stating that it was not supported by exhaustive scientific data and analysis, and did not acknowledge “essential issues like climate adaptation and resiliency, the urgent need to develop affordable housing, and ensuring a cost-effective and equitable transition to a clean energy future.” He said the bill also would have countered a recently enacted law that aims to promote affordable housing.

Additionally, Baker cited the bill’s potential harm to regional efforts to procure clean energy, a lack of provisions to protect the Commonwealth from the impacts of climate change, and the uncertain toll it could take on the state’s economy during the pandemic.

“As we are all learning what the future will hold, I have concerns about the impacts portions of this bill will have for large sectors of the economy,” Baker said.

Baker’s decision, however, may still be short lived. Legislative leaders Wednesday had already braced for a veto and vowed to immediately refile and approve the bill if Baker rejected its initial version.

“I understand that the Legislature intends to refile Senate Bill No. 2995, and look forward to working with both chambers in the coming days to improve the bill,” Baker wrote in his letter, “and quickly reach agreement on ambitious, bipartisan legislation that builds upon Massachusetts’ leadership in addressing climate change.” 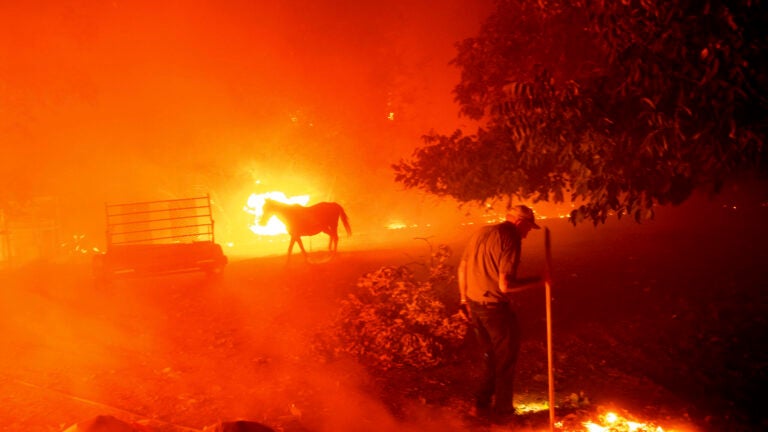