“What the hell is the matter with Teddy?’’ President Richard Nixon said about his rival, Senator Edward M. Kennedy, in the Oval Office on August 2, 1972. We know about this conversation because Nixon secretly recorded every Oval Office and telephone conversation he had from 1971-73. Those discussions are full of Kennedy-focused jealousy and anger from Nixon and his Cabinet.

In their new book The Nixon Tapes, historians Douglas Brinkley and Luke A. Nichter have done the dirty work of transcribing and publishing some of the 3,000 hours of secret recordings released to the public over the past 40 years. Their 700-odd page book (and website, nixontapes.org) is a treasure trove for historians, giving an inside look at the decision-making and personalities of the Nixon administration. The Nixon Tapes is a must for anyone researching US-Russia disarmament policy, or the Vietnam War, or the opening to China.

But the book also has plenty examples of petty sniping and gossiping from Nixon, his National Security Advisor and later Secretary of State Henry Kissinger, and other members of his staff. Amid conversations of world importance, Nixon interjected with tales of Kennedy’s drunkenness and affairs, Nixon’s desire to spy on Kennedy, and his declaration that “if he gets shot, it’s too damn bad.’’

Here are some of the most interesting discussions in which Nixon brought up Kennedy. Fair warning: Nixon was quite fond of cursing, particularly when talking about “goddamn Teddy.’’

On Kennedy’s lack of discretion:

“What the hell is the matter with Teddy?’’ Nixon said to Kissinger. “It isn’t a question, I mean, I don’t think it’s a sex business. I think his problem, meaning his lack of discretion, don’t you think it’s the booze? He can’t resist the booze?’’

Speaking to Nixon, Kissinger launched into a story about Kennedy allegedly groping and harrassing Cristina Ford, the wife of Ford executive Henry Ford II, during a dinner party at Kennedy’s house. “All during the dinner she had to fight him off because under the table he was grabbing her by the legs,’’ Kissinger said. “Oh Christ!’’ Nixon responded.

Kennedy’s attempted wooing of Ford then got more intense, Kissinger explained. “Then, she said, he followed her to New York. They [the Fords] have an apartment there, in the Carlyle Hotel. He [Kennedy] rented one ten floors down. Walked up the stairs, practically beat her door down.’’

“And she said she’s been pursued by many men in her life, but Teddy, just, is impossible! She finally told him, ‘What if the newspapers get this?’ He said, ‘No newspapers are going to print anything about me. I’ve got that covered,’ ’’ Kissinger said.

On the need to spy on Kennedy:

Nixon was worried about a potential Edward Kennedy presidential run, and so tried to find more compromising stories such as the Chappaquiddick incident, in which Kennedy allegedly drove his car off a bridge and left his passenger, Mary Jo Kopechne, to drown. In April 1971, Nixon asked his staff to follow Kennedy and figure out what other scandals they could find.

“Well goddamn it, there ought to be a way to get him [Kennedy] covered,’’ Nixon said. “Certainly, I think with Teddy, the reason I would cover him is from a personal standpoint. You’re likely to find something on that [Chappaquiddick Incident].’’

A few months later, in a conversation with Chief Domestic Advisor John Ehrlichman, Nixon asked for updates about how the spying on Kennedy was going:

Nixon: Teddy? Who knows about the Kennedys? Shouldn’t they be investigated?

Ehrlichman: IRS-wise, I don’t know the answer. Teddy, we are covering–

Ehrlichman: –personally. When he goes on holidays, when he stopped in Hawaii on his way back from Pakistan.

Nixon: Does he do anything?

Ehrlichman: Affirmative. He was in Hawaii on his own. He was staying at some guy’s villa and we had a guy on him. He was just as nice as he could be the whole time.

Nixon: The thing to do is to watch him, because what happens to fellows like that, who have that kind of problem, is that they go for quite a while–

On turning the potential of a Kennedy assassin into an informant: 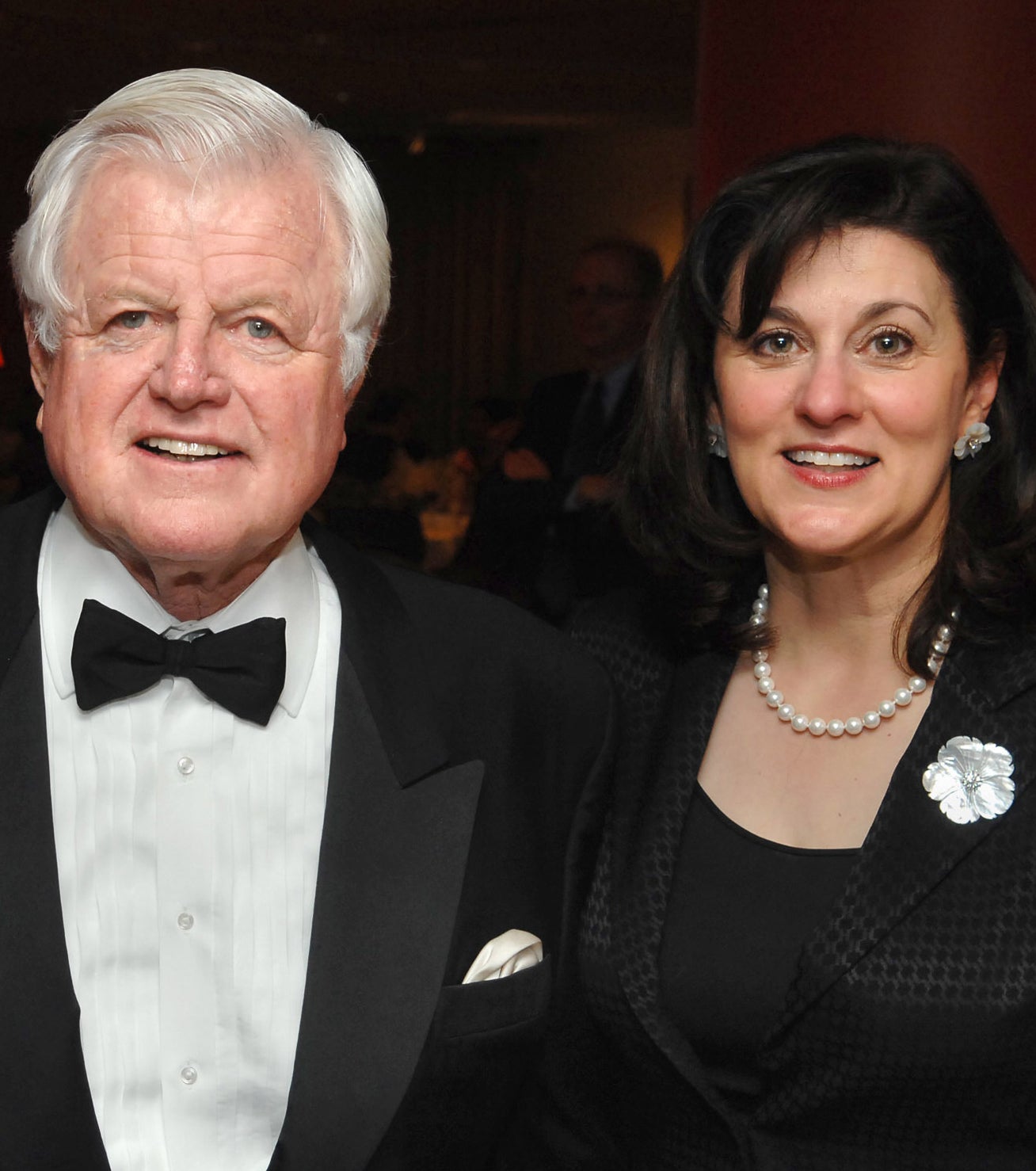 After Democratic presidential candidate George Wallace was shot and paralyzed in 1972, the Nixon administration decided to give Secret Service protection to other presidential candidates. Kennedy, who was not a candidate, was still given Secret Service protection so that the Nixon administration would be covered politically if something happened to the high-profile Senator.

“You understand what the problem is,’’ Nixon said. “If the son of a bitch gets shot they’ll say we didn’t furnish it [protection]. So you just buy his insurance. Then after the election, he doesn’t get a goddamn thing. If he gets shot, it’s too damn bad.’’

Those Secret Service men could function as spies on Kennedy, Nixon decided.

Nixon: Do you have anybody that we can rely on?

Nixon: Plant one. Plant two guys on him. This would be very useful.

Haldeman: Did you see his wife [Joan] came into the White House again all done up in some crazy outfit?

Ziegler: Well, no, they put on a body stocking, which is flesh tone.

Haldeman: Oh, is that it?

Ziegler: And then they wrap the leather, you know, gaucho-type thing around it. So you look at it from a distance, and you think, “My God–’’

Ziegler: [laughs] “–there she is.’’ But she has a body stocking.

Haldeman: She was going to wear hot pants but Teddy told her she couldn’t.

Ziegler: They’re weird people. They really are. I mean, even the–

Nixon: It’s crude. What the hell’s the matter with them? What’s she trying to prove?

On the Kennedy family’s extramarital affairs:

In this April 1971 Oval Office conversation about Joan Kennedy, Nixon noted that the Kennedy “club’’ had its share of extramarital activity:

Press secretary Ronald Ziegler: She has to have some sort of hang-up herself personally. She knows what Teddy was doing out there with that girl [Mary Jo Kopechne] running her into the water, you know, and what he’s been doing.

Haldeman: But that family’s used to that.

Nixon: They do it all the time.

Haldeman: That’s the price you pay when you join that club. They all know that. Ethel, Jackie, and all the rest of them.

Nixon: They gotta expect that.

In June 1972, Nixon again brought up the Kennedy and their way with women.

“Bobby and Jack, everybody knows it, had their own way. But they were a hell of a lot more discreet [than Teddy]!’’ Nixon said.

On Kennedy’s wavering and “whimpering’’:

Amid a conversation about ending the Vietnam War, Nixon and Kissinger refused to go out “whimpering’’ from Vietnam. That reminded Nixon of Kennedy. “Incidentally, though, I think, speaking of whimpering, that goddamn Teddy overstepped when he said he would crawl on his hands and knees–’’ Nixon began.

Kissinger quickly cut him off to get back to the point at hand.

But over the course of following months, Nixon went back to the point that Kennedy was a flip-flopper. When Nixon compared his potential opponents for the 1972 presidential election, George McGovern, Hubert Humphrey, or Kennedy, Nixon noted that Teddy “might be the worst of the three…. Teddy would be so stop-and-start that he might get us into even worse trouble.’’ 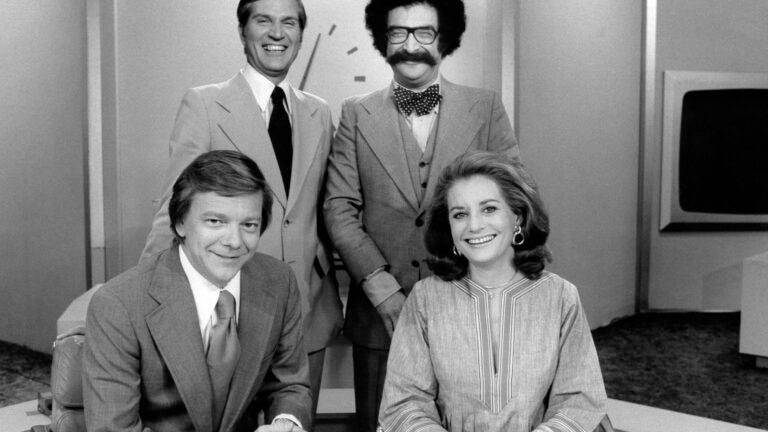