Josh Bushueff is the kind of young person Claremont, New Hampshire is trying to keep.

The 28-year-old, who grew up in nearby Sunapee, left for eight years to go to college in upstate New York and start a photography career in Los Angeles.

Now back in Claremont — a former mill town on the Granite State’s western edge — he taps away on his laptop at a local cafe amid the town’s red-brick buildings, working for a startup incubator called Claremont MakerSpace that tries to make the community more attractive to entrepreneurs.

Bearded, with long, tied-back hair, he enjoys the natural beauty and low costs of the Connecticut Valley region — except for the price of education. Many four-year universities, he says, are “cripplingly expensive.’’

People in Claremont say education is key to keeping kids close, jobs local, and even depression at bay. On Tuesday, Hillary Clinton arrives with an education plan her campaign hopes will do all that and more.

She also wouldn’t mind winning over a few voters, and making New Hampshire the first state she wins in her campaign for the Democratic presidential nomination.

Located at the intersection of the I-91 and State Route 103, Claremont is known for being isolated — and for a famous lawsuit two decades ago in which it challenged the state over education funding.

The heart of the city of Claremont, with the Claremont Opera House in the backgroundNik DeCosta-Klipa, Boston.com

State Rep. John Cloutier said the subtext of the lawsuit — that Claremont had a poor public school system and abnormally high property taxes — dissuaded outsiders from moving to the city. He said education is key to keeping people in town.

“They see education as a way to make sure that they can get into the middle class,’’ he said. “They like the rural lifestyle, they like the friendly people, but if they can’t make a living here, they’re probably going to move elsewhere.’’

But Cloutier said education is a tricky issue in New Hampshire. The state is famously frugal, imposing neither a state income or sales tax, limiting the revenue available for public universities. But the Live Free or Die state is also wary of increased federal involvement in its affairs.

State Rep. Raymond Gagnon, 66, has spent his whole life in Claremont, also serving as a member of the city council and mayor. He remembers how the mills shut down, and how it hurt a town that used to be both blue-collar and affluent.

Some of the towering mill buildings along the Sugar River have been renovated and converted into local government offices, business space, and restaurants. Manufacturing still serves as the major source of industry. But the work has changed.

Repeatedrecentcuts in state funding have forced layoffs and tuition hikes throughout the community college system in New Hampshire, which already has among the priciest in-state public tuition in the country.

Clinton will hold a town hall Tuesday morning at River Valley Community College. Leigh Hays attends classes there for free because he works there as a janitor. He said he didn’t know what to expect to hear, but was interested. Many of his friends, he said, run up $60,000 to $80,000 in student loans — “and then can’t find a job that makes more than $12-14 a hour.’’

Education isn’t the only issue, said Rebecca Vinduska, the chair of the Claremont-Unity Democrats.

“Depression is not only economically, but emotionally,’’ she said. “Nothing exists in a vacuum. We gotta get these parents jobs, support childcare, encourage businesses to hire locally.’’

She said that even the most basic education and work training could be beneficial in Claremont.

“I hear anecdotally from restaurants and local business complaining about young workers,’’ Vinduska said. “I just want to start a class on how to interview.’’ 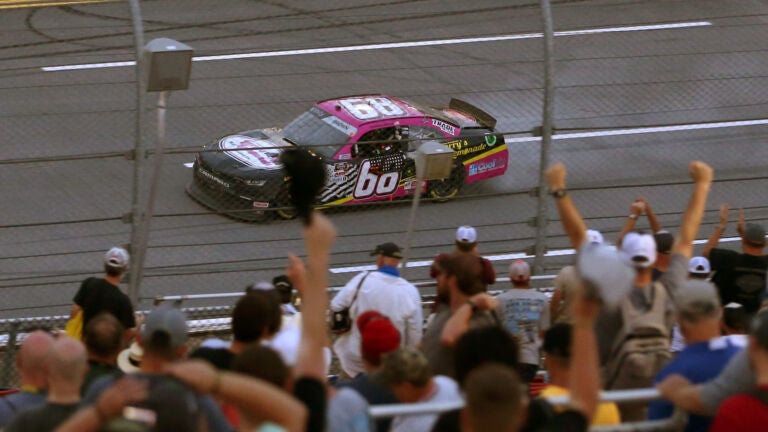