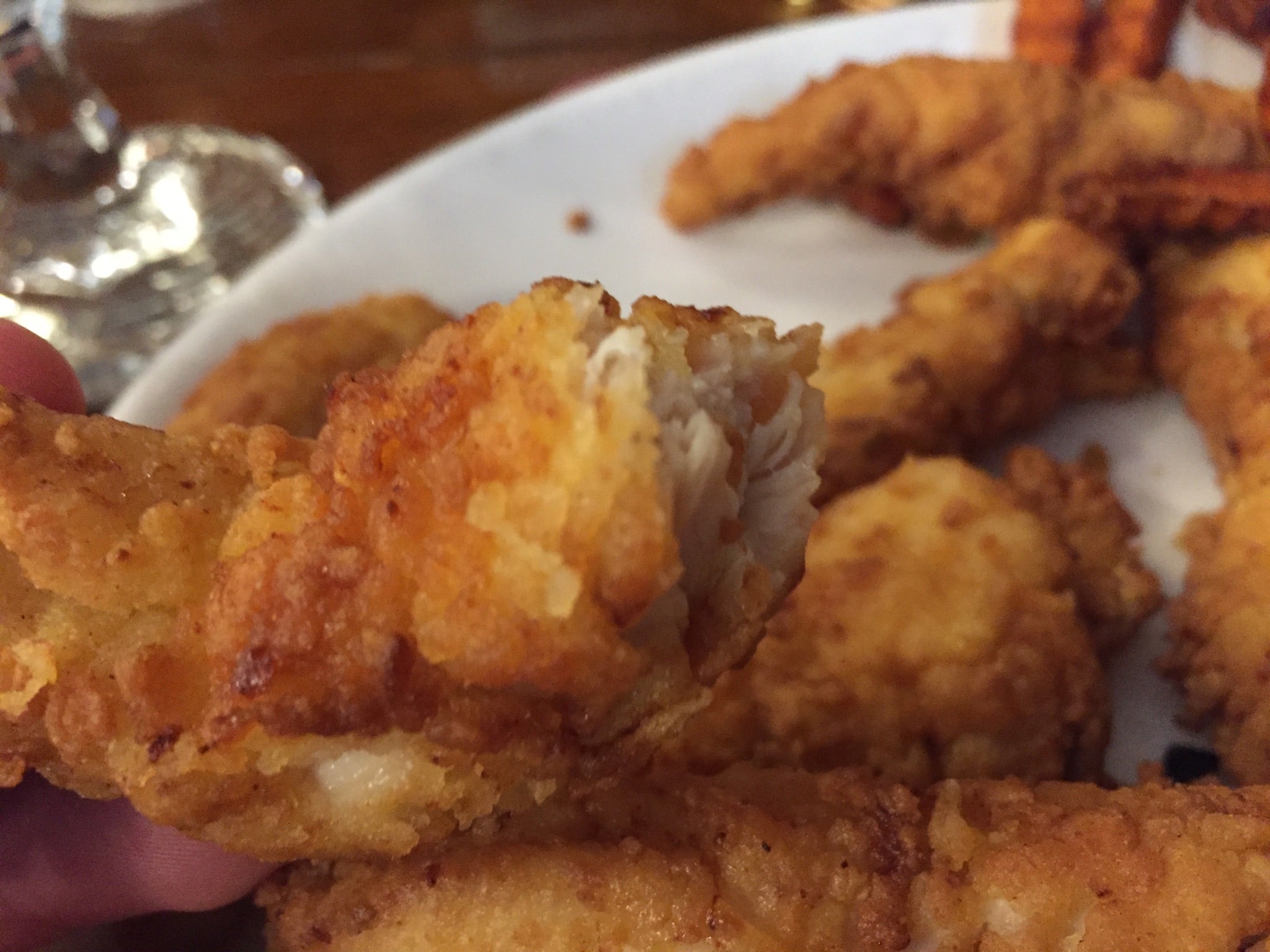 In campaign-saturated New Hampshire, the Puritan Backroom’s oil-drenched fried chicken may be one of the few things the state’s most steadfast partisans can agree on. The 98-year-old Manchester institution is a political hotbed and routine campaign stop for both Democratic and Republican presidential candidates.

“The Puritan has been around almost as long as the New Hampshire primary itself,’’ Pappas says, referring to the Granite State’s first-in-the-nation presidential primary, a tradition that turns 100 in 2016.

Patrons are constantly lining up against the wood-paneled walls for the next table inside the restaurant’s back door entrance.

Mike Vlacich, the state director for Hillary Clinton’s presidential campaign, recalls when the former secretary of state went table-to-table at the Backroom with Sen. Jeanne Shaheen and Gov. Maggie Hassan the weekend before the 2014 election, asking patrons for their support while diners munched on the “world-famous chicken tenders.’’

“Hillary is such a fan that she’s been back two times this year and is looking forward to more visits,’’ Vlacich adds.

She’s hardly the only one. 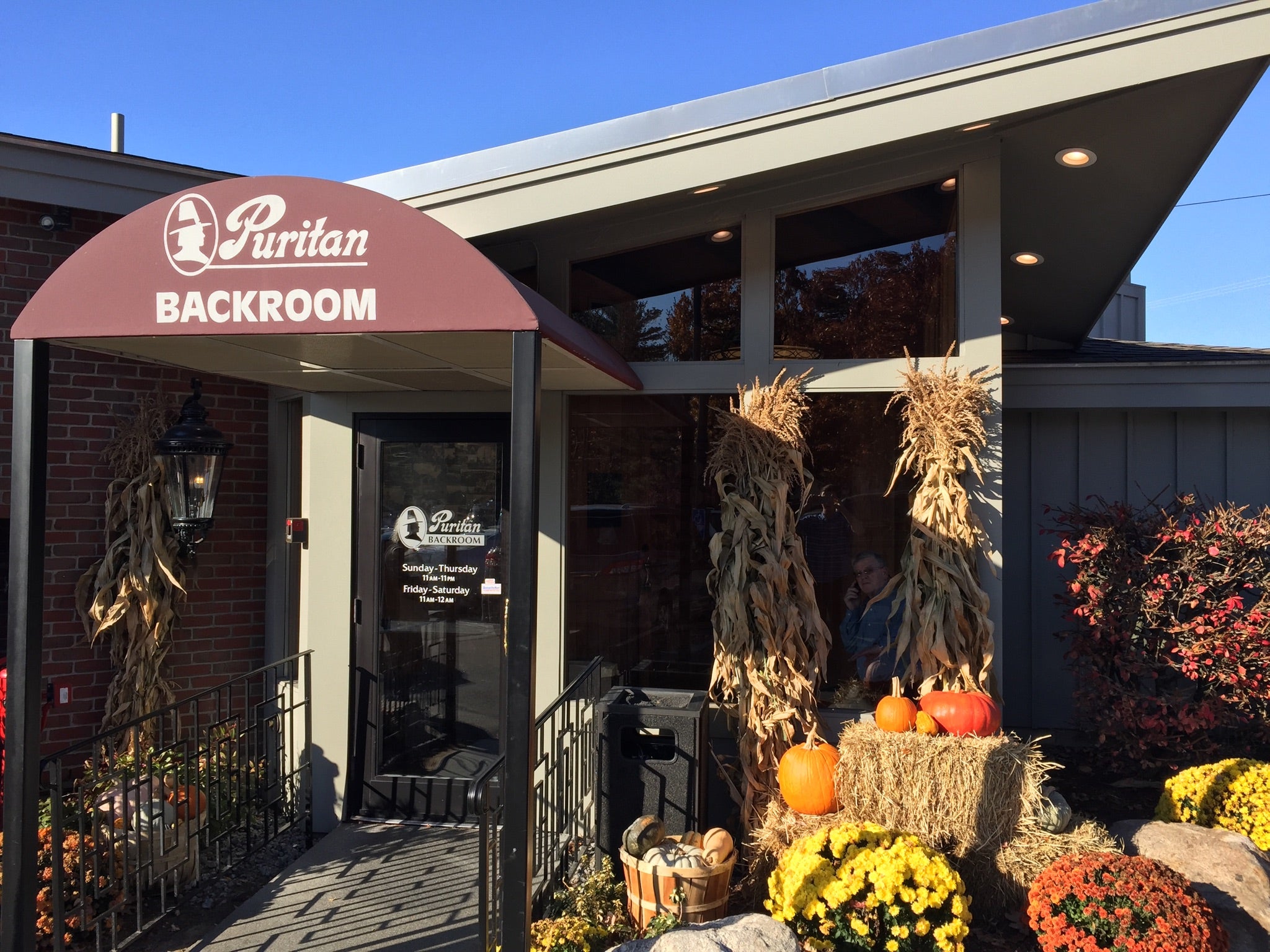 “It’s not like some white tablecloth sort of place,’’ DiStaso says. “They have really good food, and the place is always crowded.’’

Pappas’ great-grandfather, Charlie Pappas, opened the business with his cousin as an ice cream and candy shop in downtown Manchester in 1917, a decade after the two had immigrated from Greece. For about 40 years, the family business had several iterations and locations in the area before consolidating operations in 1969 to the current location on Route 3 in Manchester’s North End.

It was here that Pappas’ grandfather, Charlie, may or may not have invented the chicken tender in 1974.

It’s important to clarify that we’re not talking about nuggets, strips, sticks, or any other processed iteration of breaded or battered poultry. Food writer Helen Rosner recently explained the difference:

“Unlike nuggets, which are largely made from processed, re-formed scraps, the chicken tender takes its name from an actual piece of the chicken: the pectoralis minor, a muscle located under the breast, against the sternum. The tenderloin.’’

Rosner adds that it’s rare nowadays to get “actual tenders’’ — not the molded, processed version often used by restaurants as a substitute for the real thing.

The Puritan’s chicken tenders started out as a favor to a supplier who sold them standardized 8-ounce, trimmed chicken breasts, but was left with an extra slice of meat with no purpose. So Charlie Pappas decided to marinate the extra piece, fry it and sell it as its own dish.

“My grandfather considered himself a pioneer when it came to fried chicken,’’ Pappas says.

Pappas won’t make any definitive claims that his grandfather’s creation was the very first chicken tender. But he says it was definitely an original idea, as the restaurant’s website proclaims: “Chicken tenders actually originated at the Puritan.’’

A local blogger found that, though it appears some version of fried chicken “nuggets’’ and “strips’’ have existed since the 1950s, there was no mention of “chicken tenders’’ prior to 1974 in New Hampshire or anywhere else.

“It turns out that the byproduct of something else became the focus of the menu,’’ Pappas says, adding that the Backroom now sells several thousand pounds of chicken tenders each week.

The chicken tender entree comes out in a golden-fried, lightly-battered pile that’s at least twice the size of the typical servings in other restaurants. There’s a subtle sweetness beneath the tenders’ crispy exterior, which is complemented by the restaurant’s thin, sweet-and-sour duck dipping sauce (served instead of the typical honey mustard). 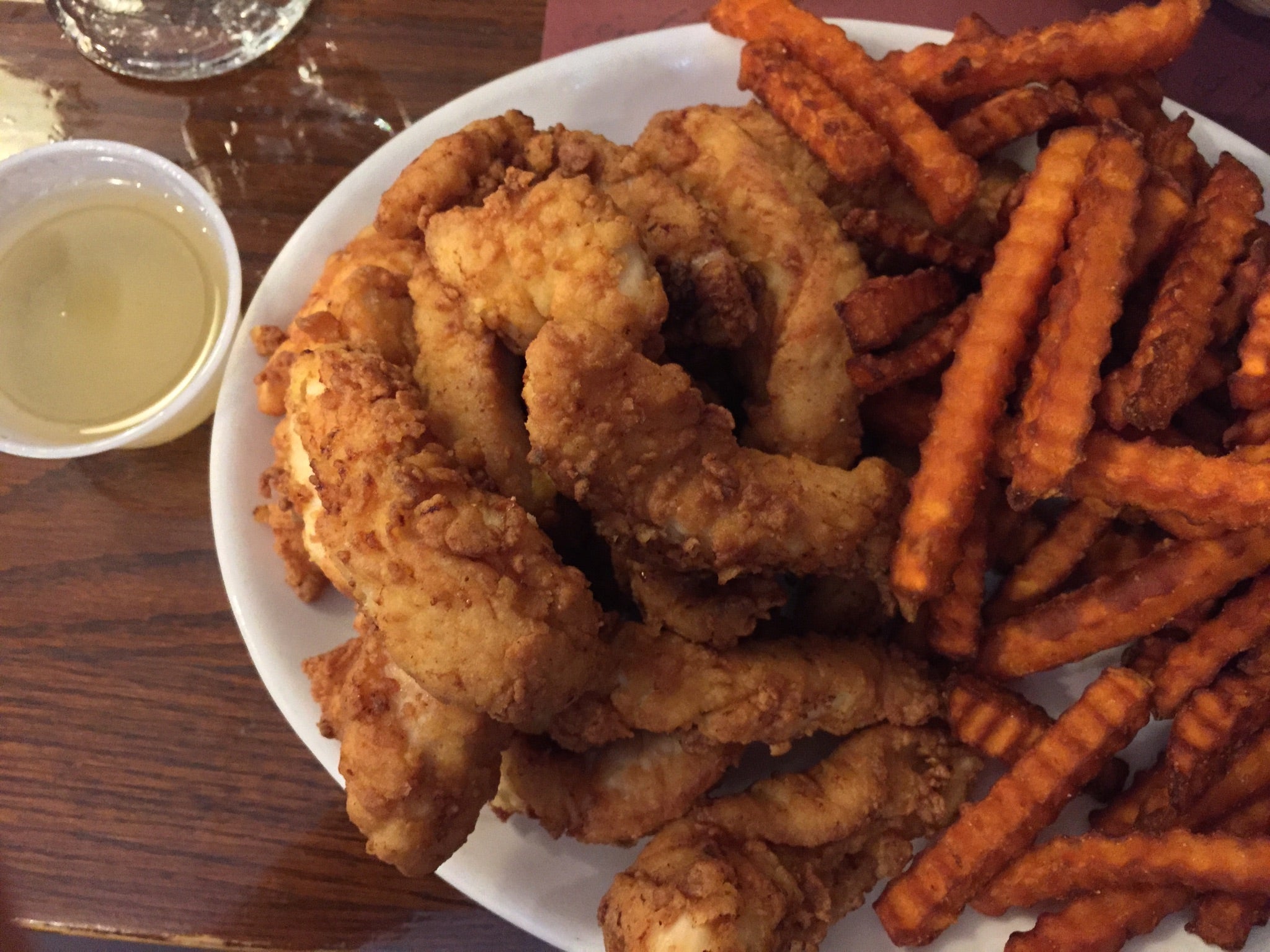 In New Hampshire, the Backroom’s chicken tenders are a common fixture at holiday and graduation parties, family dinners and campaign rallies.

Hassan says she started a family tradition of picking up chicken tenders from the Puritan on her way home whenever she had to work late at the state Senate years ago, adding that she “always found that she got a better reception at her house that way.’’

“Whether it’s ice cream at the Speaker’s annual ice cream social, chicken tenders at events held by various organizations at the State House, or a visit to the restaurant in Manchester,’’ Hassan says, “people always enjoy the Puritan Backroom.’’

Recently, The Boston Globereported that, by popular demand, New Hampshire Sen. Kelly Ayotte began serving the Backroom’s chicken tenders when she hosts the weekly working lunch with her Republican colleagues, in which senators serve a taste of home.

Ayotte –who will face Hassan in a high-power 2016 Senate race — even congratulated the restaurant on their 40th anniversary on the Senate floor. After lauding the history and the food, she called the Backroom “more than just a restaurant – it’s part of the heart and soul of Manchester, New Hampshire.’’ 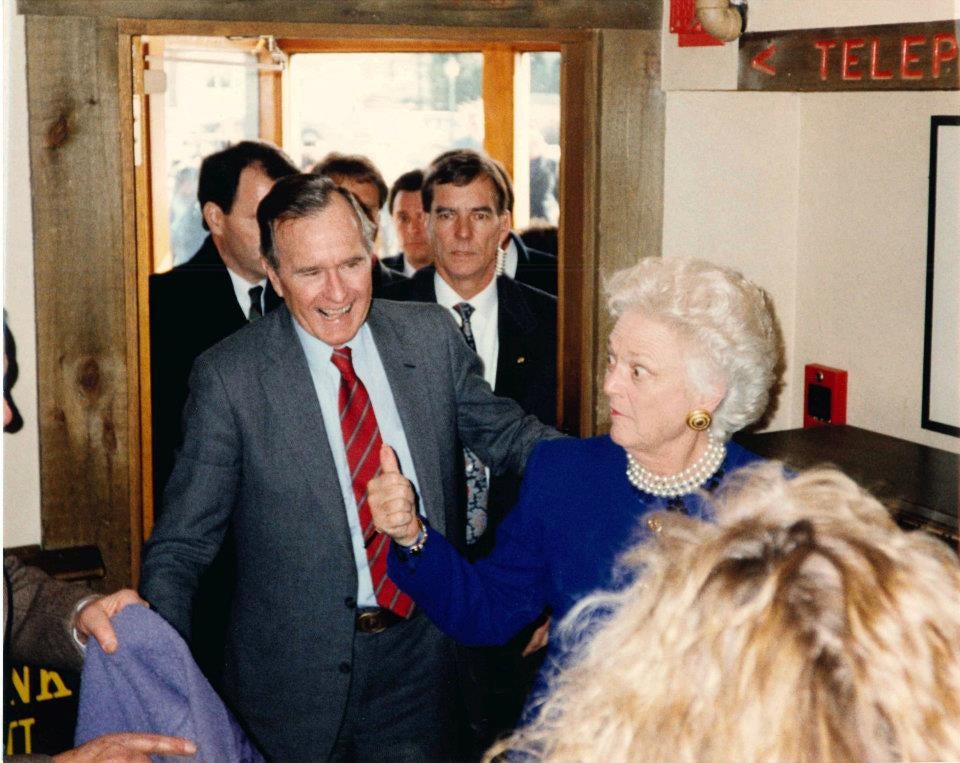 President George H.W. Bush and his wife, Barbara, visit the Puritan Backroom in 1991.

The appeal of the Backroom does not discriminate. During this election cycle, the restaurant has been visited by Republican presidential candidates Jeb Bush, Ben Carson, Chris Christie and George Pataki. Democratic candidate Martin O’Malley dined with local students there in September. Clinton first visited in 2007and 2008, returning in 2014 and in 2015.

Sarah Palin made an unannounced visit to the Backroom in 2011, prompting newlyweds enjoying their wedding reception in one of the function rooms to ask the former Alaska governor for a photo. Earlier that year, Rick Santorum stopped by the Backroom for a chicken tender lunch with fellow conservative activists.

Pappas, an openly gay, progressive Democrat, says he comes from a family line of “staunch Republicans’’ and is the first Democrat to be involved in the business.

“Food throughout history has broken down barriers and brought people together,’’ he says.

The rich history of presidential candidates visiting the restaurant even predates New Hampshire solidifying its first-in-the-nation primary voting status by law in 1977.

“Sargent Shriver loved the Puritan so much that he ended virtually every day he spent in the state during the 1972 presidential race with a dinner of barbecued lamb kabobs at the restaurant,’’ wrote Washington Post reporter Chris Cillizza in his 2012 book, The Gospel According to the Fix: An Insider’s Guide to a Less than Holy World of Politics.

In 1991, President George H.W. Bush visited with his Secret Service detail — the only sitting president so far to make a stop at the Backroom.

President George W. Bush and his Democratic opponent, Al Gore, also stopped by the restaurant during the 2000 presidential campaign. Pappas remembers the Democratic vice president was eager to tour the kitchen and meet the staff.

At times, campaign entourages or hordes of media trailing the candidate can make things “cumbersome,’’ Pappas says. But diners generally react positively to the various presidential hopefuls. Granite Staters are used to the political circus, after all. 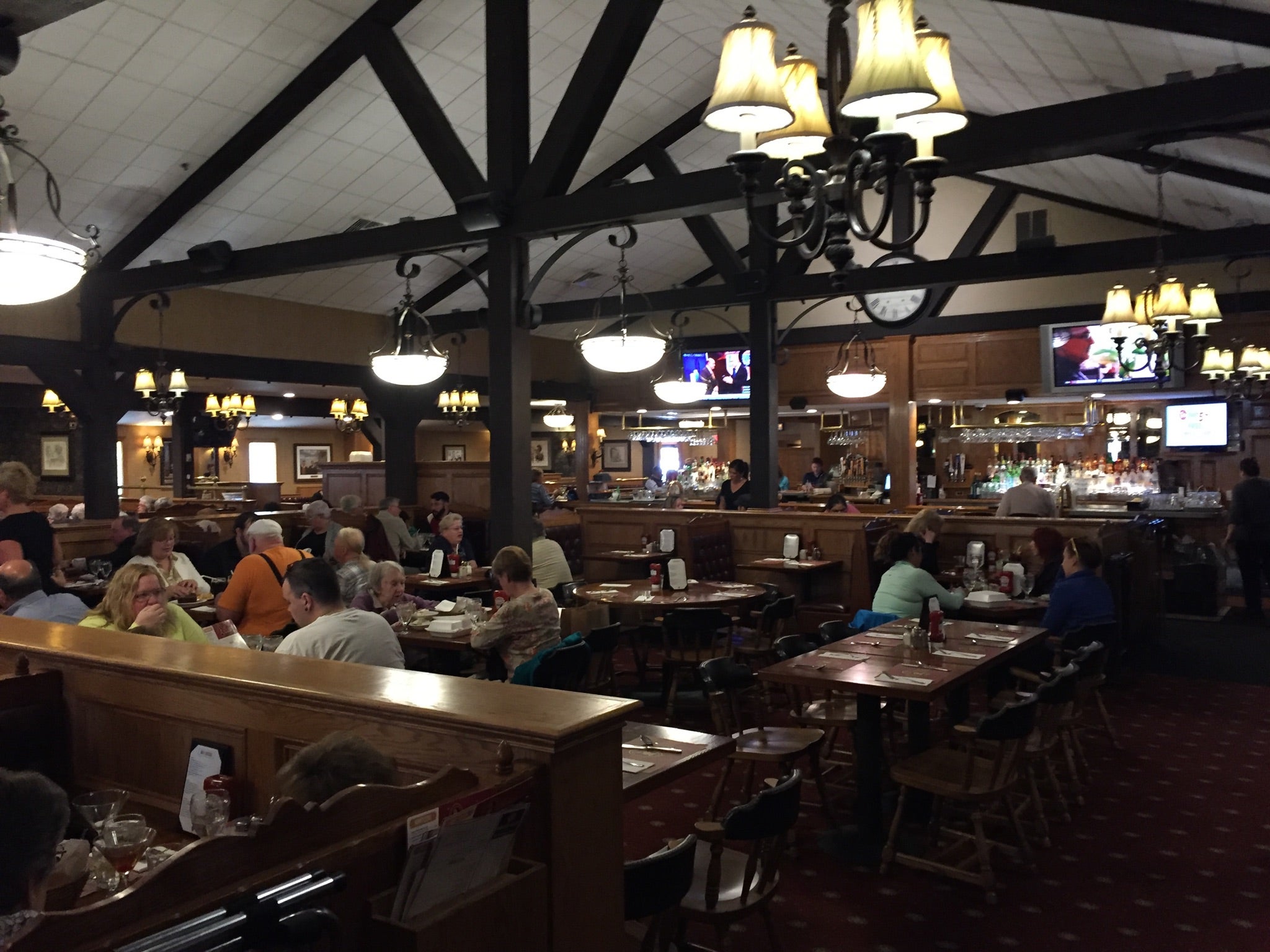 “Places like the Puritan and the Iowa State Fair and any number of barbecue joints in South Carolina force candidates to prove their mettle, to wade into a group of skeptics and convince them,’’ Cillizza wrote in his book. “Retail politics is at the heart of who we are — or at least who we should be — as a body politic.’’

The Backroom’s chicken tenders have already won over the electorate in a way that politicians dream of.

“Candidates always want to go where people are in a good mood — and people there are happy eating that food,’’ DiStaso says.

But even after decades spent reporting on New Hampshire politics, DiStaso can’t explain what makes the Puritan Backroom’s chicken tenders so good. Is it the batter? The marinade?

In chicken tenders, as in politics, the secret is in the sauce. 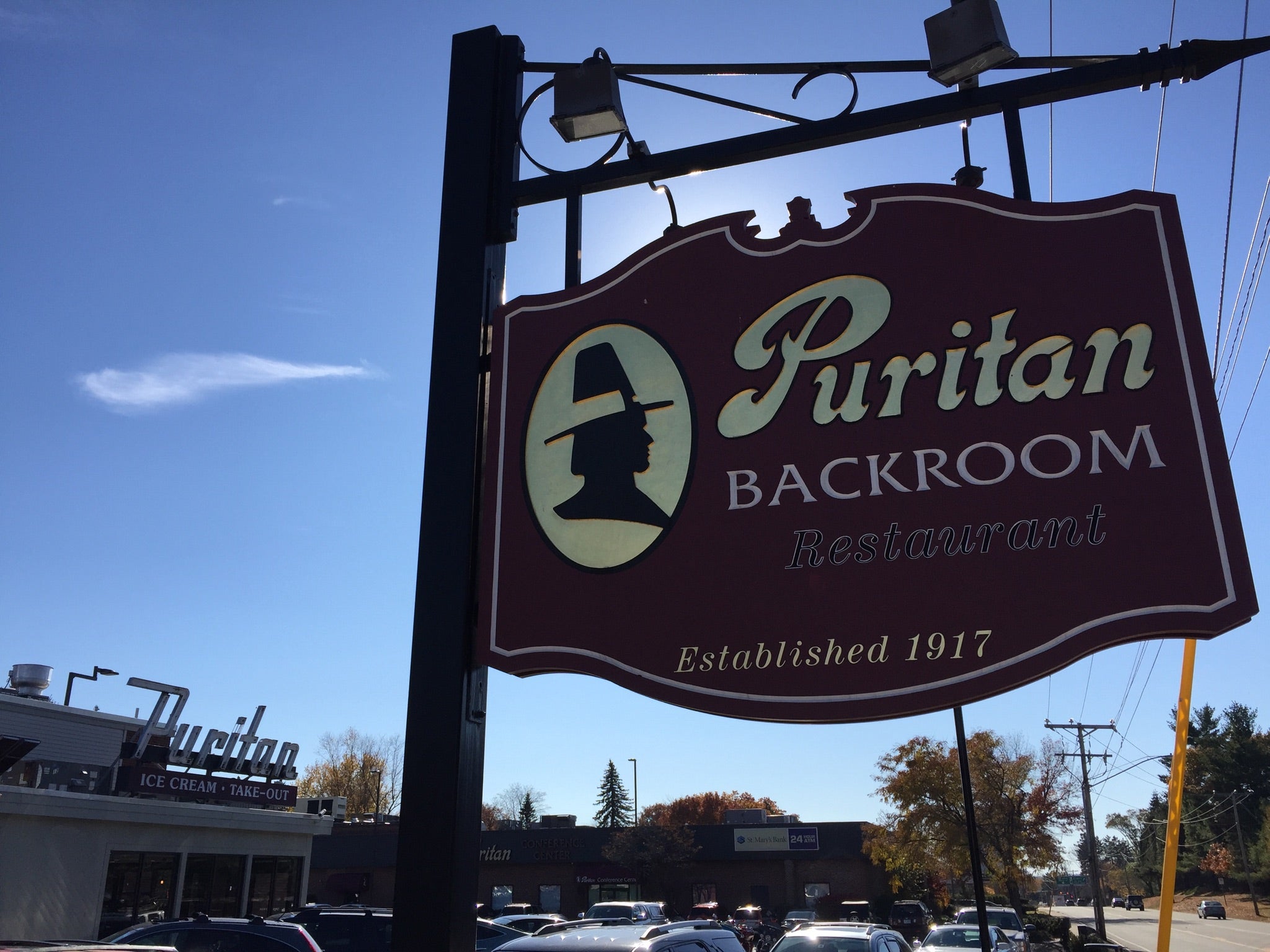 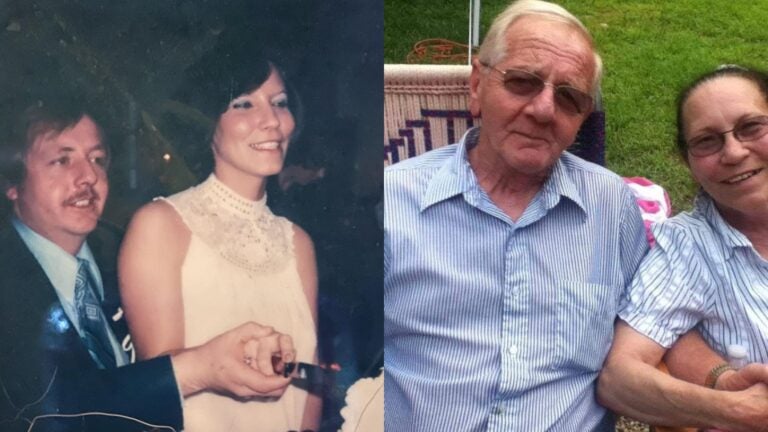