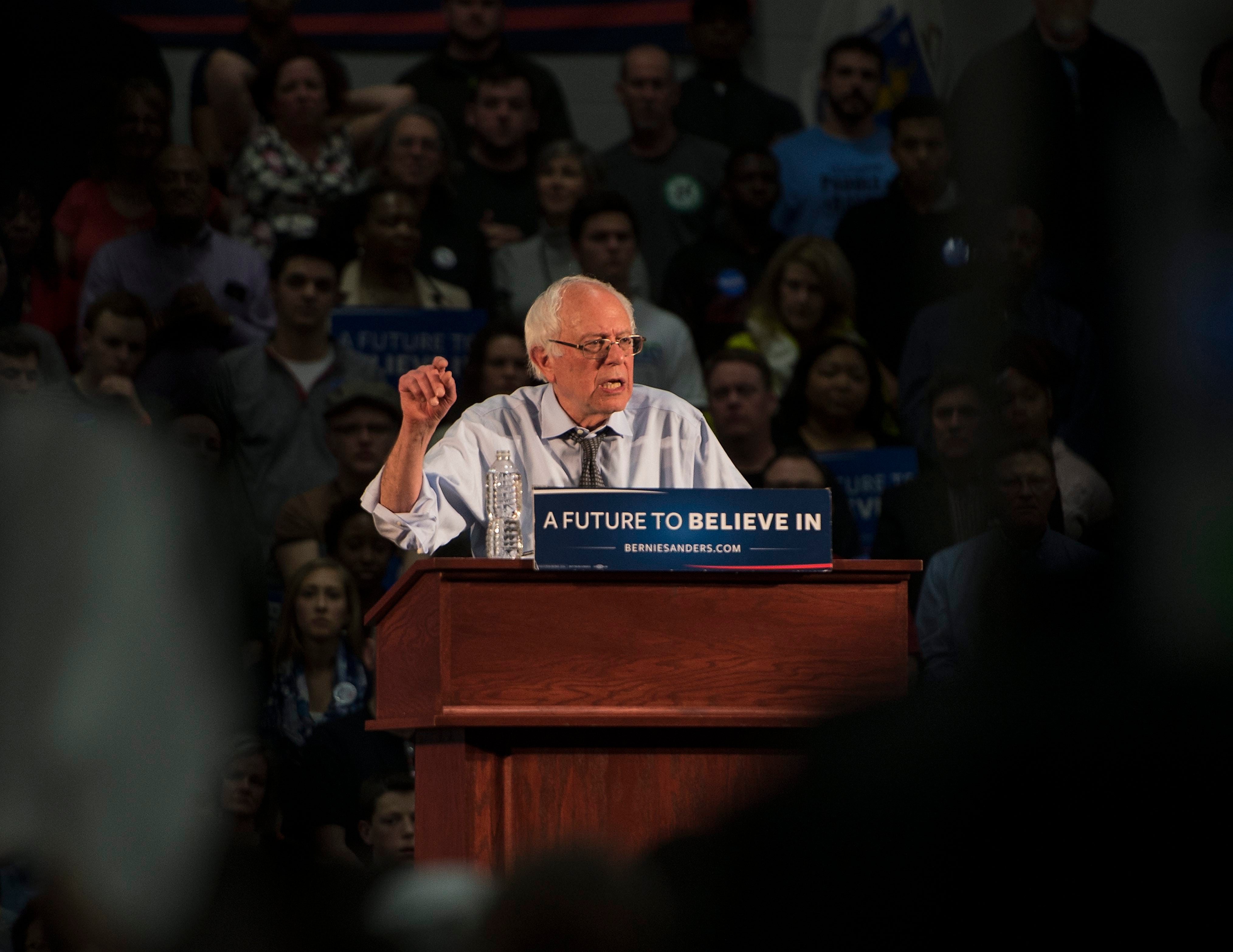 As she waited outside Milton High School Monday afternoon, Hannah Carroll shifted her weight from one foot to the other, passing a homemade Bernie Sanders sign between her hands. When she balanced on her right foot, she appeared to be a regular high school senior. When she balanced on her left foot, the mask up to her face, she became a pseudo-Bernie Sanders look alike — should the Vermont senator ever choose to wear a hoodie and leggings.

“We’re basically identical,’’ Sanders (err, Carroll) said. “His views are my views. I’m not able to vote for him now because my birthday was six days after registration for the primary, but I’m hoping maybe he’ll see this mask I made in art class and know that I support him.’’ 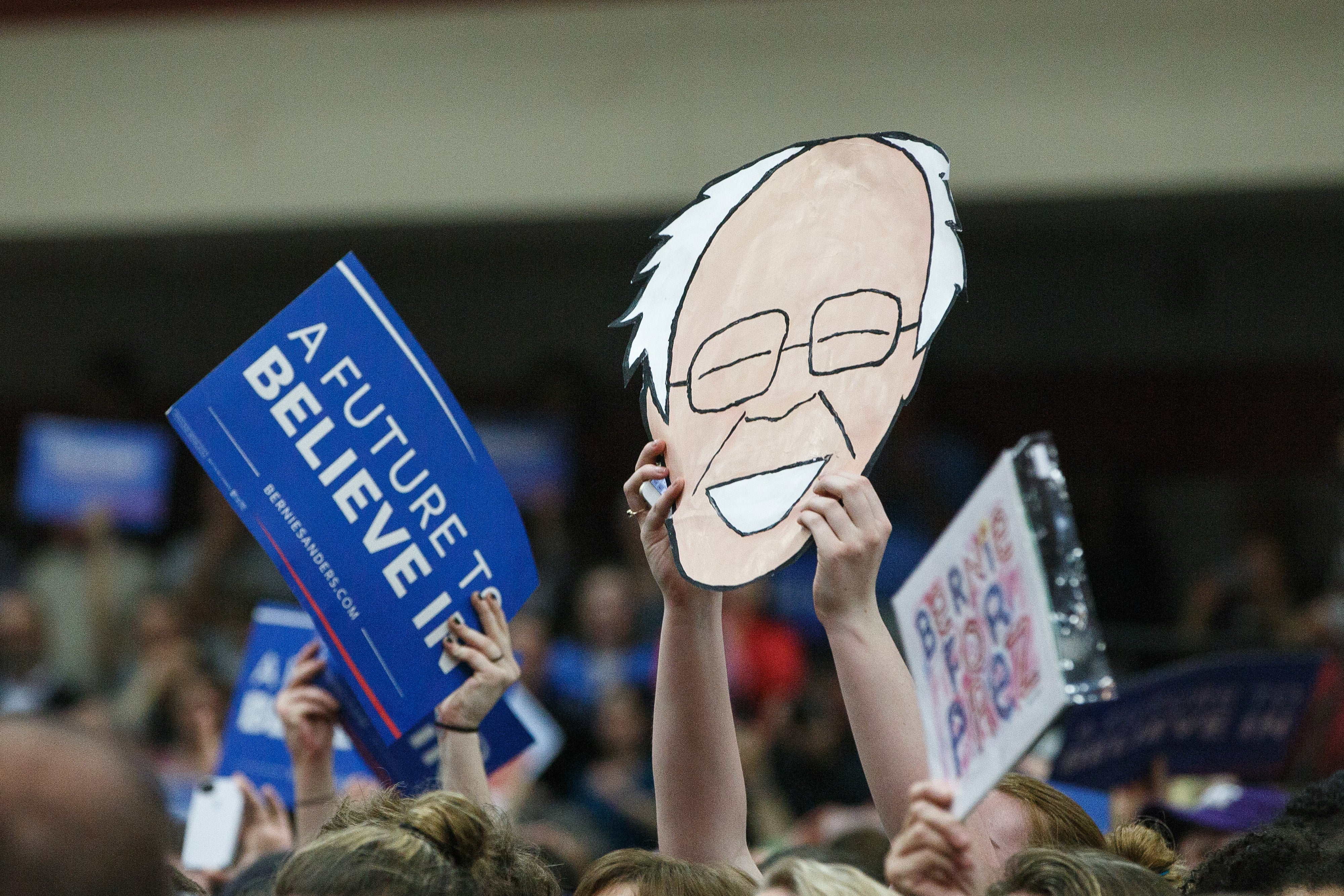 Carroll was one of about 3,600 Sanders supporters who gathered in the sweltering Milton High School gymnasium Monday night for a Sanders rally on the eve of Super Tuesday. According to a Suffolk University poll released Sunday, 50 percent of likely Democratic primary voters in the Bay State support Clinton, compared to 42 percent for Sanders. Eight percent said they were still undecided.

Sanders hopes to convince them he’s the right choice, and called on Massachusetts residents to make history by leading a political revolution.

“I look around this crowd, and I think we’re going to win here in Massachusetts,’’ Sanders said when he took the stage. “Your state led the American Revolution, and now it’s time to lead the political revolution.’’

Radicalism has been Sanders’ rallying cry throughout his campaign, one that he emphasized continually throughout the event. Before the rally began, he played music with nearly every song mentioning the word “revolution.’’

And, as what Sanders called a “raucous crowd,’’ cheered him on, he constantly asked his supporters whether they were prepared for radical change.

“You ready for a radical idea?’’ Sanders asked. “We’re going to create an economy that works for working families, not just the 1 percent. We have a broken criminal justice system. There is no rational reason why we have more people in jail than any country on Earth.’’

In addition to attacking the 1 percent and the nation’s criminal justice system, Sanders touched on many of his familiar campaign platforms, including free public education, equal pay for all genders, and universal health care. 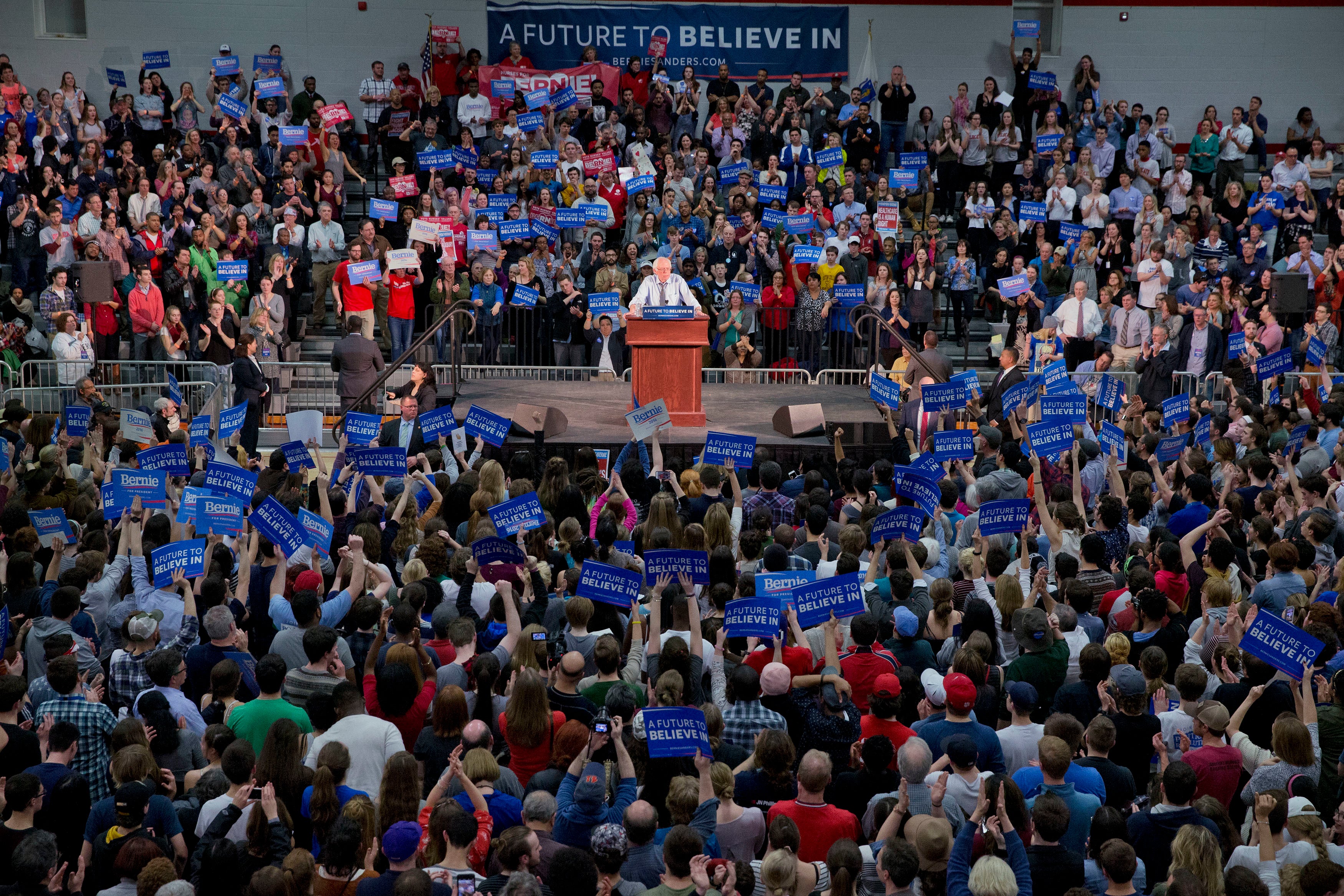 Many Sanders supporters admire his consistency. Amy Leonard, a Rhode Island native, met Sanders years ago in Burlington when he was first running for mayor. Even then, she said, he knew who he was and wouldn’t back down.

Sanders, himself, emphasized this, and brought up how he was ahead of his time in refusing to vote for the Iraq War, as well as how he voted for marriage equality when it was first introduced in the Senate. Both of these issues were ways in which he distinguished himself from Clinton.

“Hillary did not vote for marriage equality,’’ he said. “And I am not quite sure how you bring about real change in America if your super PAC collects millions and millions of dollars from Wall Street. One of the differences in our campaigns is, I don’t have a super PAC, and I don’t want a super PAC. Our campaign has received over 4 million individual contributions. That’s more than any candidate in the history of America.’’

“You know what the average campaign contribution was?’’ Sanders asked the crowd.

“$27,’’ they screamed back, reiterating one of Sanders’ favorite talking points throughout his campaign.

Sanders also took on Donald Trump. Trump, Sanders said, is a man who calls himself “the greatest at everything,’’ but Sanders assured the crowd he was no match for Sanders’ campaign.

“I have been accused of being not able to become president of the United States,’’ Sanders said. “That I, or we, together cannot beat Donald Trump. Not only will we beat him, we will beat him badly. We will defeat him because the American people do not believe we should be giving hundreds of millions of dollars in tax breaks to the top 1 percent.’’

Then, after about 45 minutes, Sanders made one last plea to Bay State voters.

“Your beautiful state has made a lot of history throughout our country’s existence,’’ he said. “Tomorrow, you can do it again. Please come out to vote.’’

As the crowd cheered, Carroll held up her Sanders mask and waved it back and forth. Bernie waved toward the crowd, and Carroll waved her mask along to the beat of another song about revolution. She knows it’s only a matter of time before it’s her turn to vote. 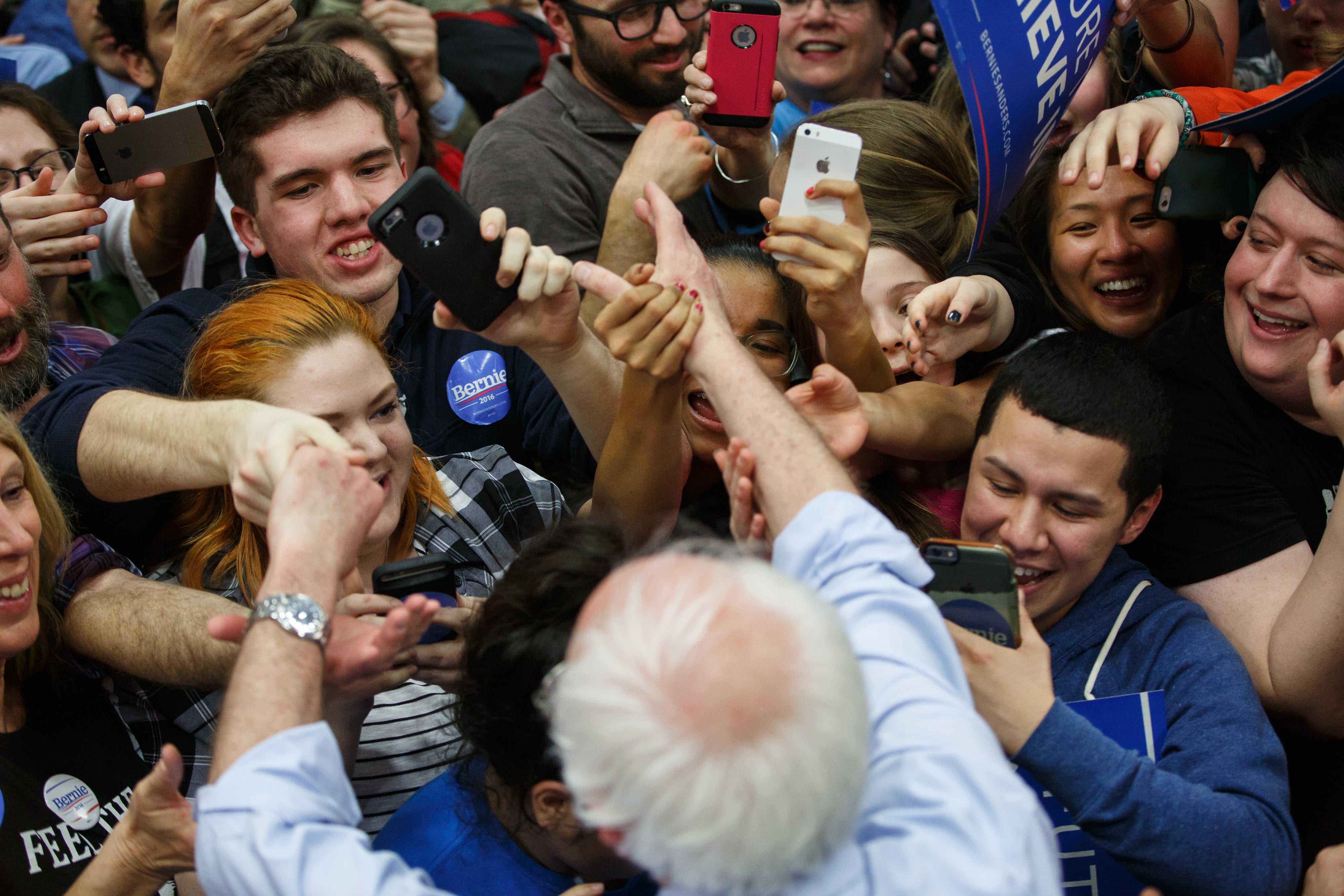 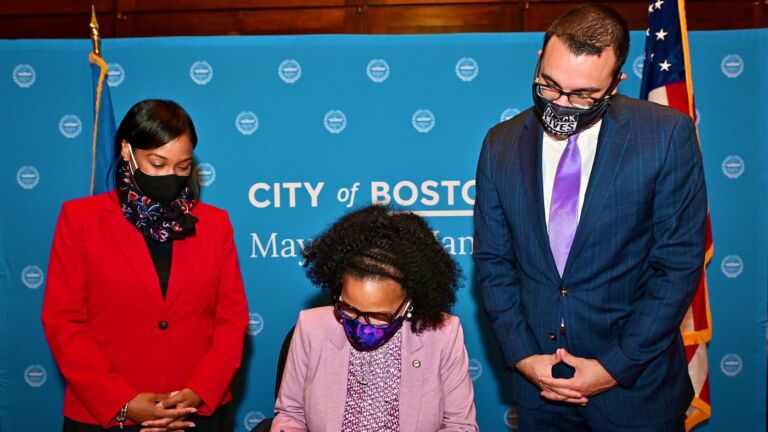