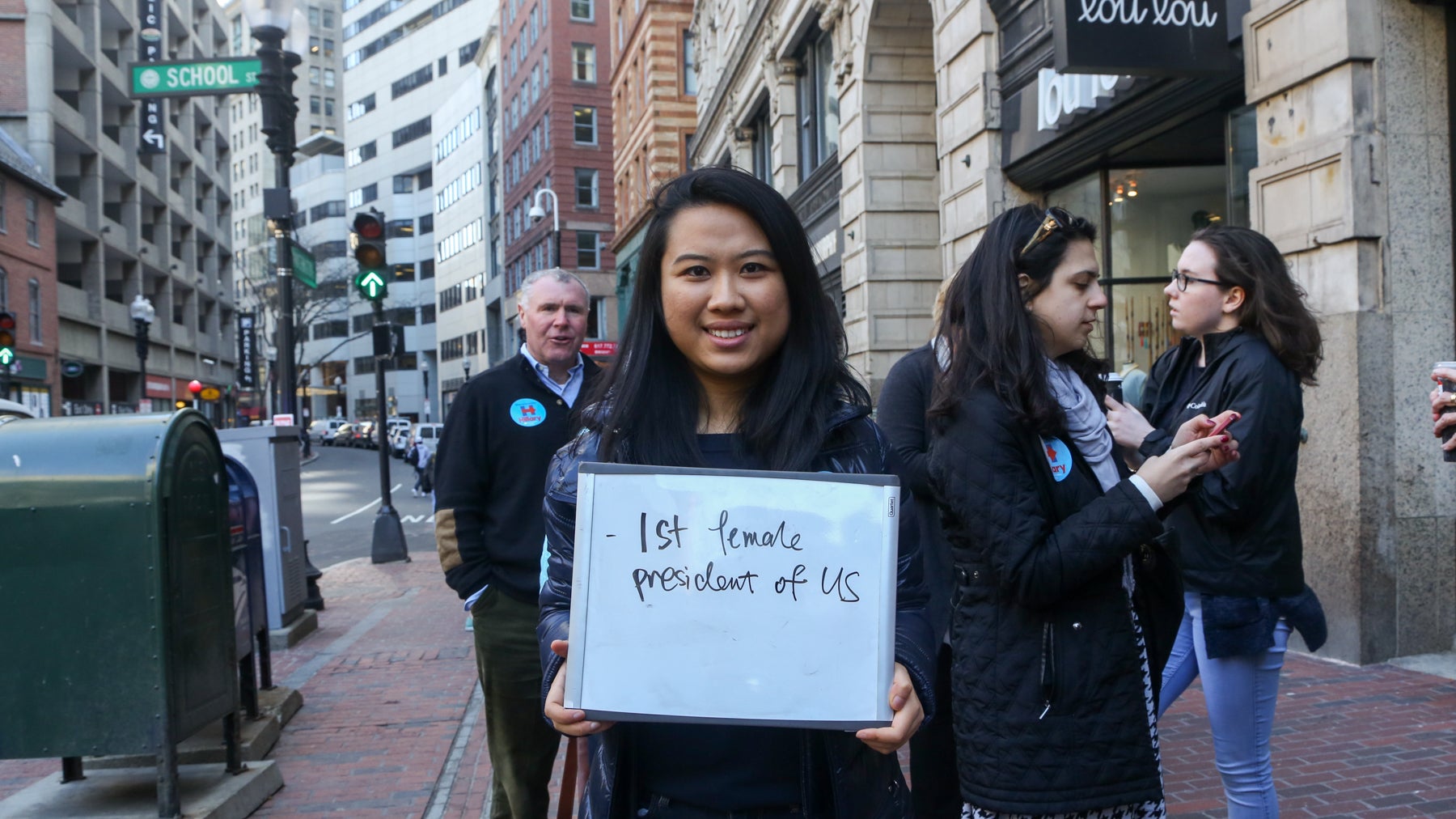 Happy Yang, 22, is a senior at Harvard University who supports Clinton.

Hillary Clinton’s Bay State supporters are hoping to party like it’s 2008 — at least as she did in Massachusetts.

Eight years ago, before eventually losing the Democratic nomination, the former Secretary of State topped Barack Obama in the Massachusetts Democratic primary, taking 56 percent of the vote.

Many of the local supporters who voted for her then waited in line at the Old South Meeting House in downtown Boston on Monday for a chance to hear Clinton speak. Billed as a Get Out The Vote rally, the event comes a day before the state’s primary election, where she’s locked in a close race with Vermont Sen. Bernie Sanders.

Boston.com spoke to a number of those waiting outside Clinton’s event and asked why they were there. 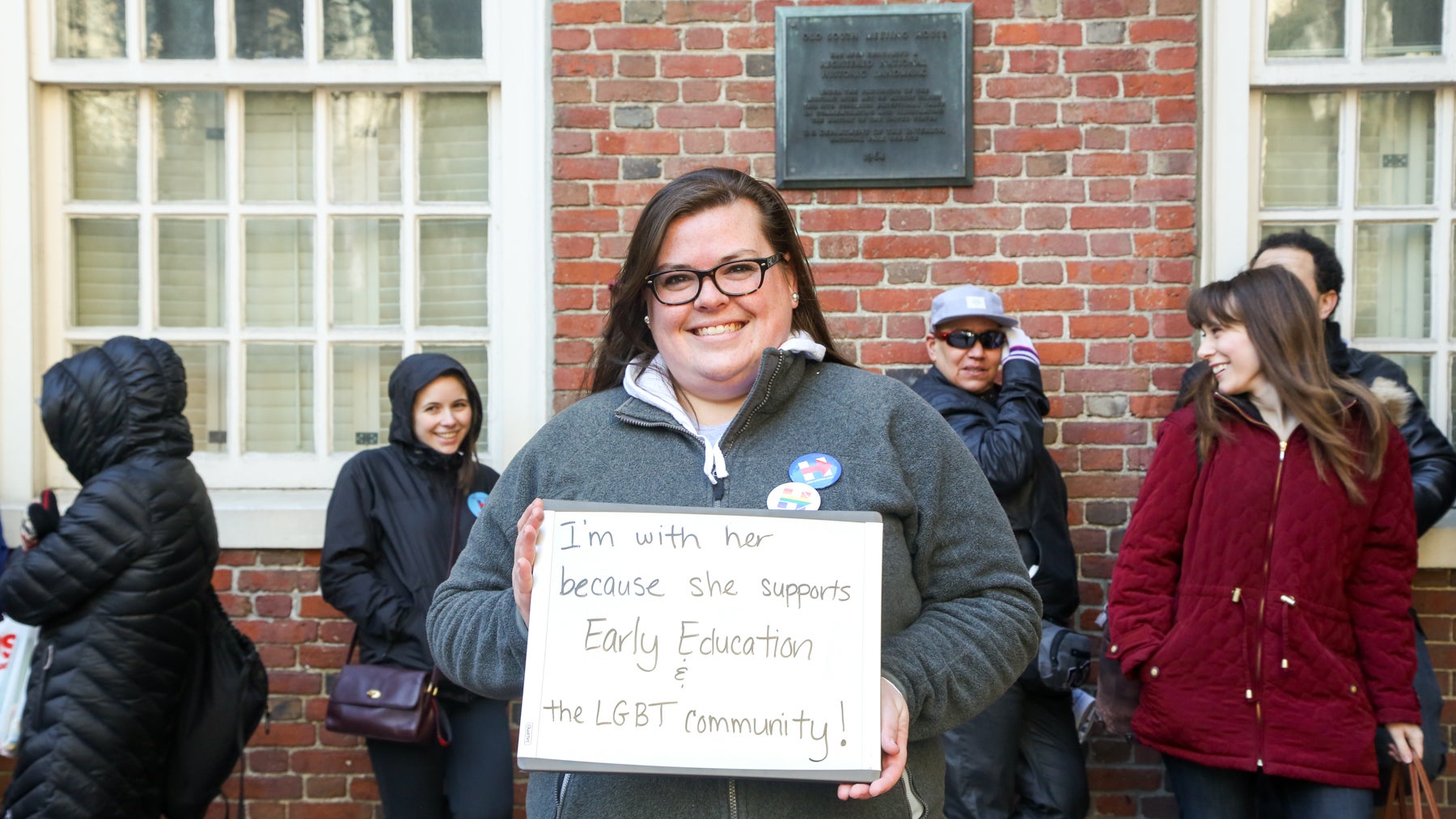 “I’m with her because she supports Early Education and the LGBT community,’’ said Jessica Geilfuss, 32, an administrator at a child care center. 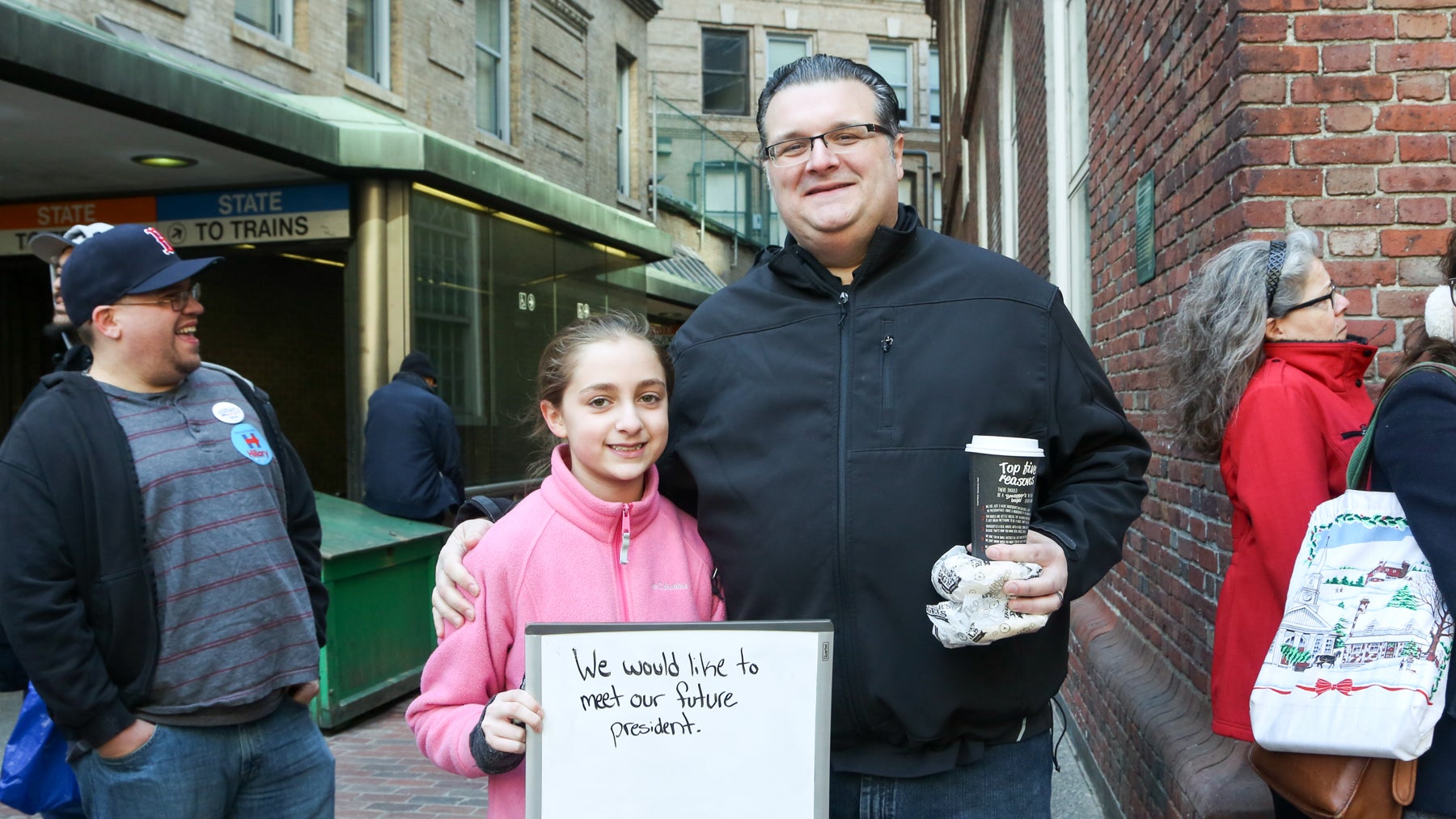 “We would like to meet our future president,’’ said Angelo Micciche, 46, and Emily Micciche, 11. 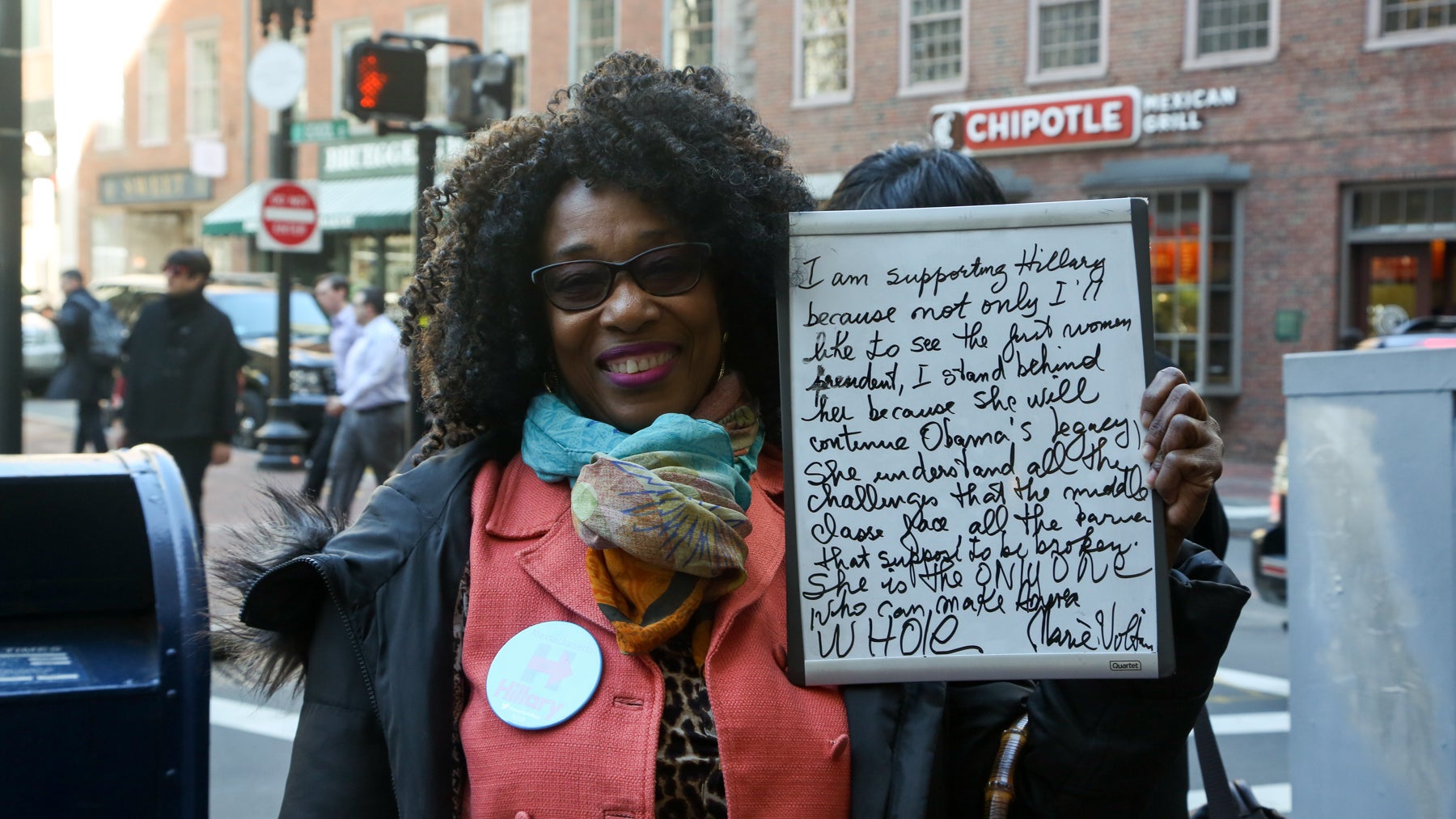 “I am supporting Hillary because not only I’ll like to see the first woman president, I stand behind her because she will continue Obama’s legacy, she understands all the challenges that the middle class face all the barriers that supposed to be broken. She is the only one who can make America whole,’’ said Marie Voltaire, 59. 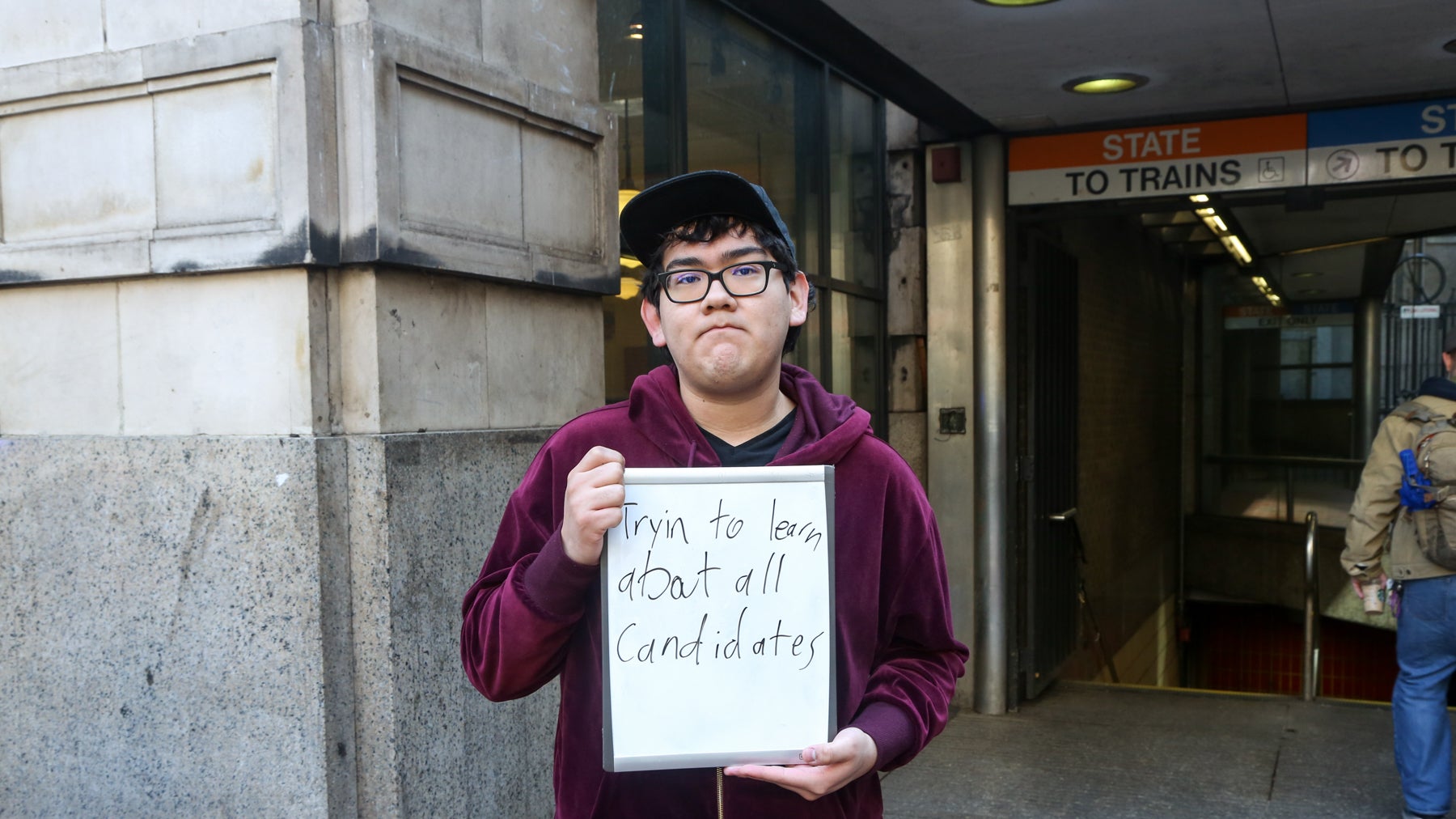 “Tryin to learn about all candidates,’’ said Izel Bonilla, 19. 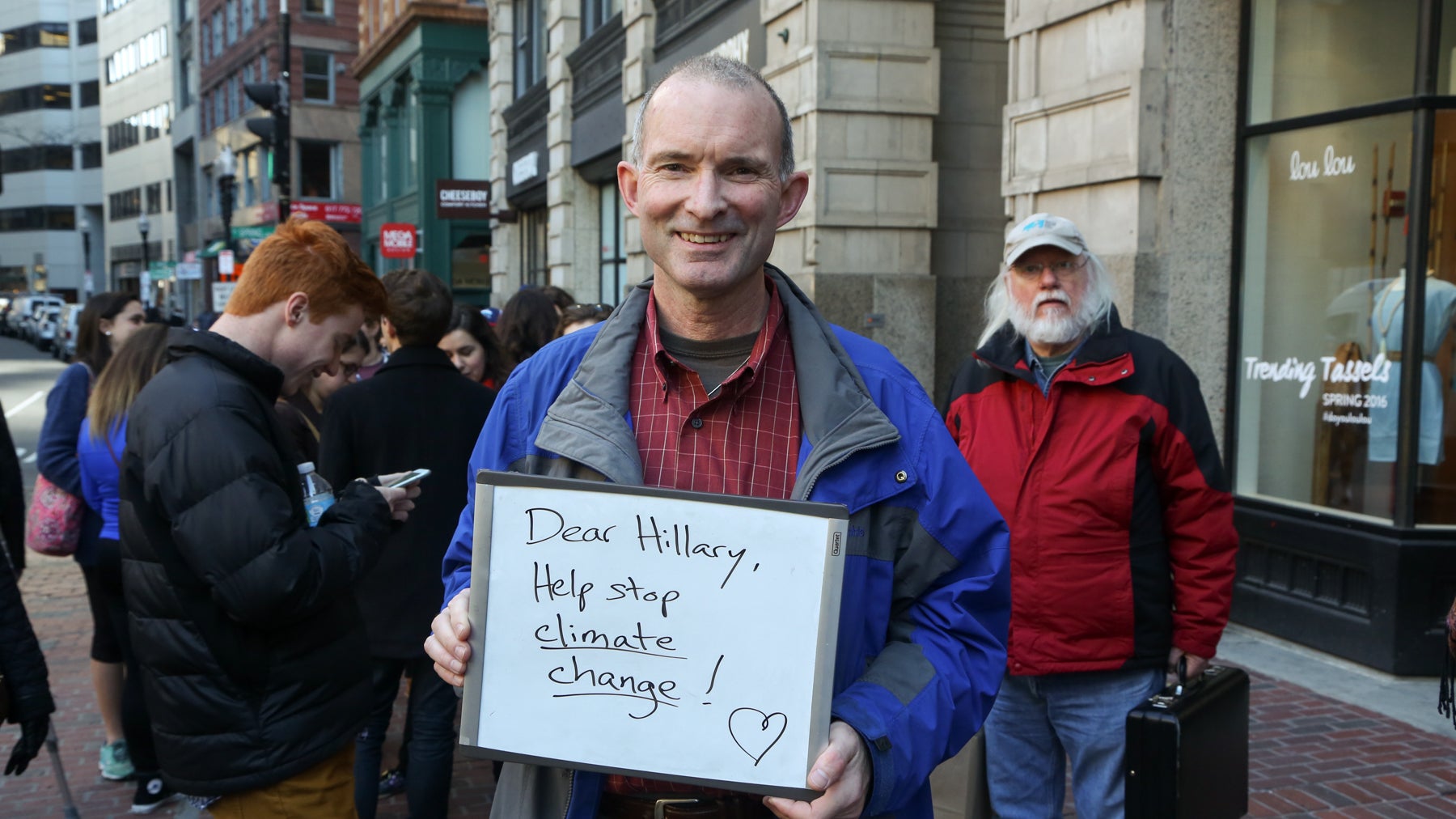 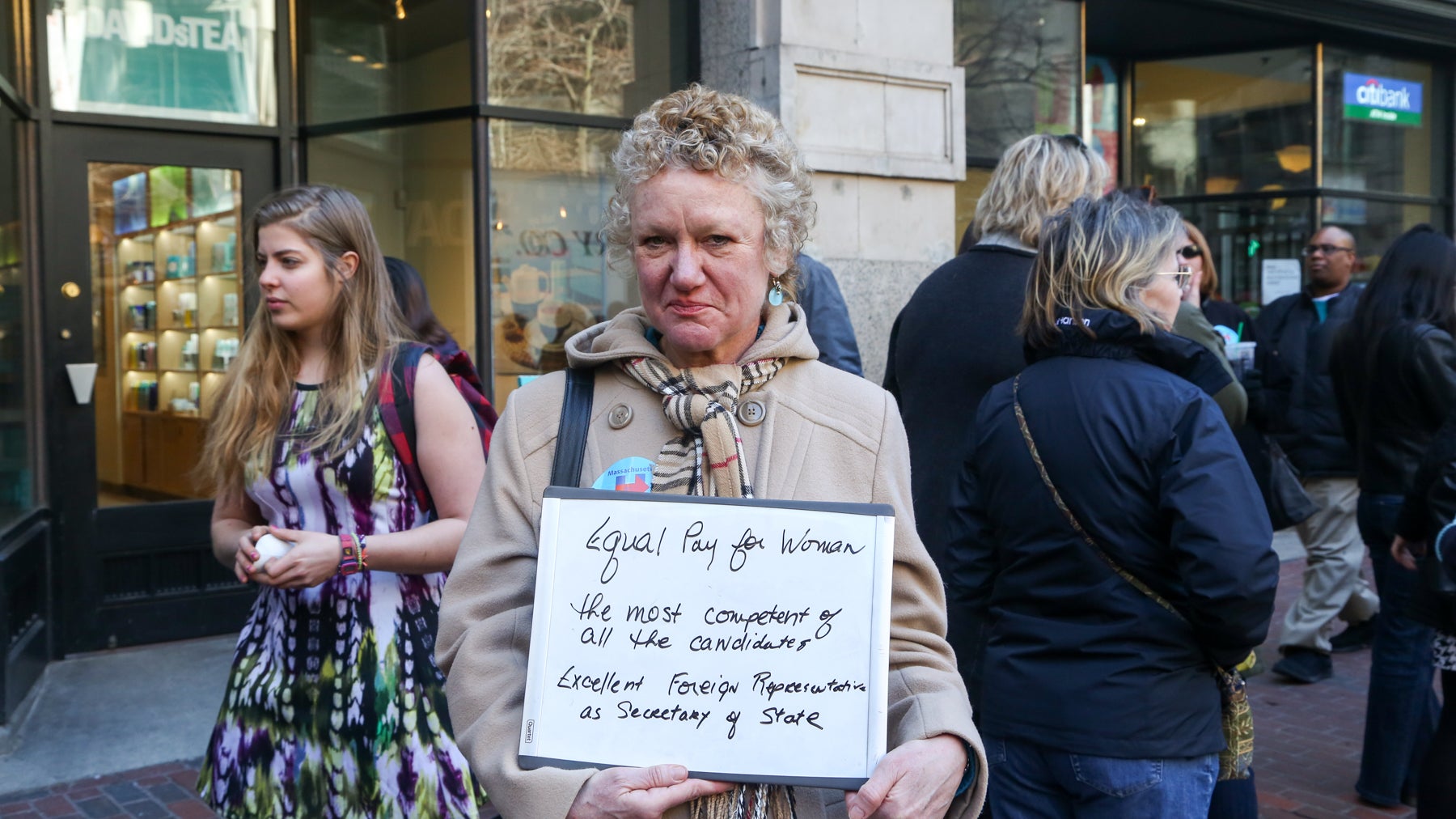 “Equal pay for women. The most competent of all the candidates. Excellent foreign representative as Secretary of State,’’ said Norma Santurri, 54. 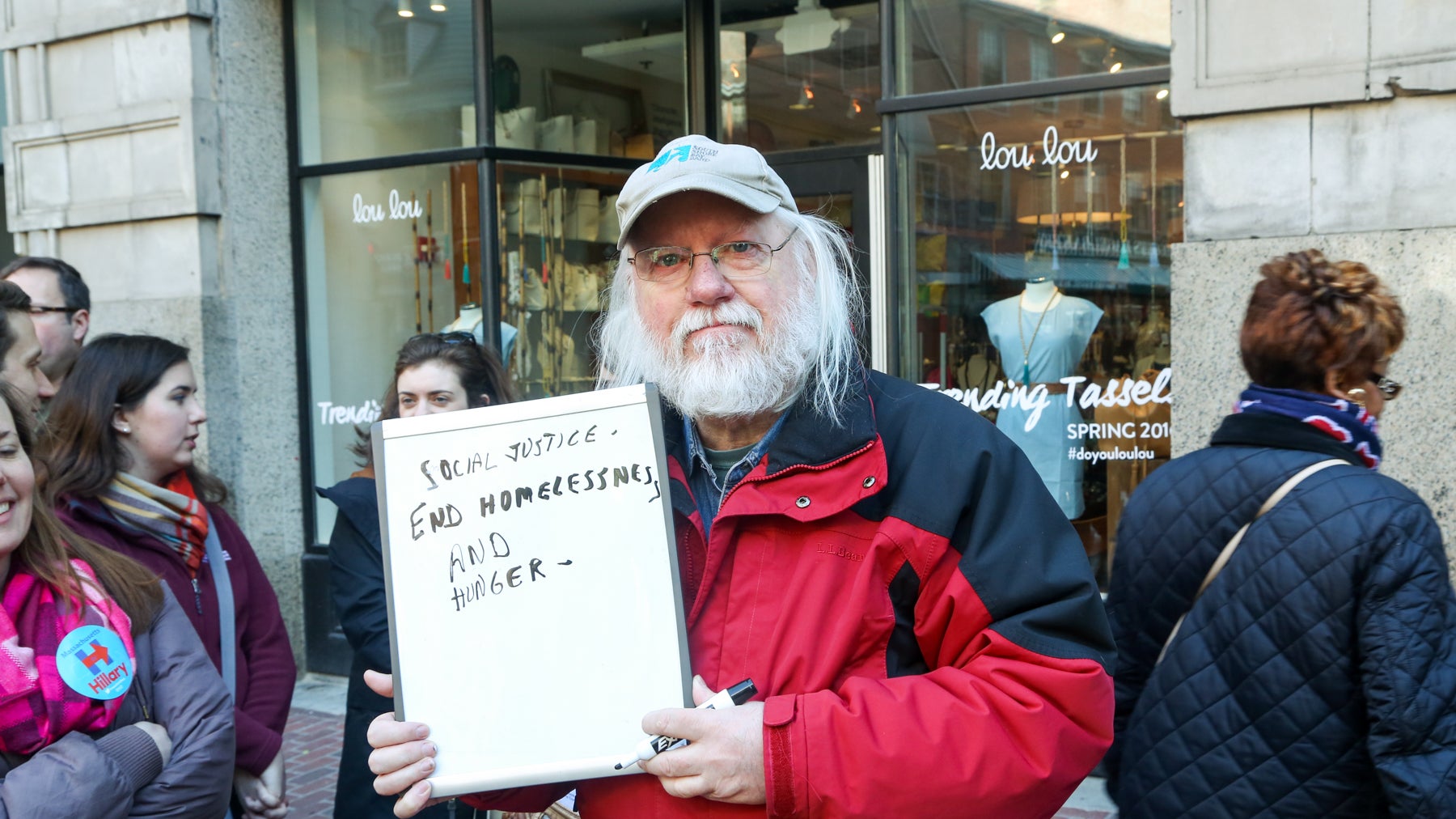 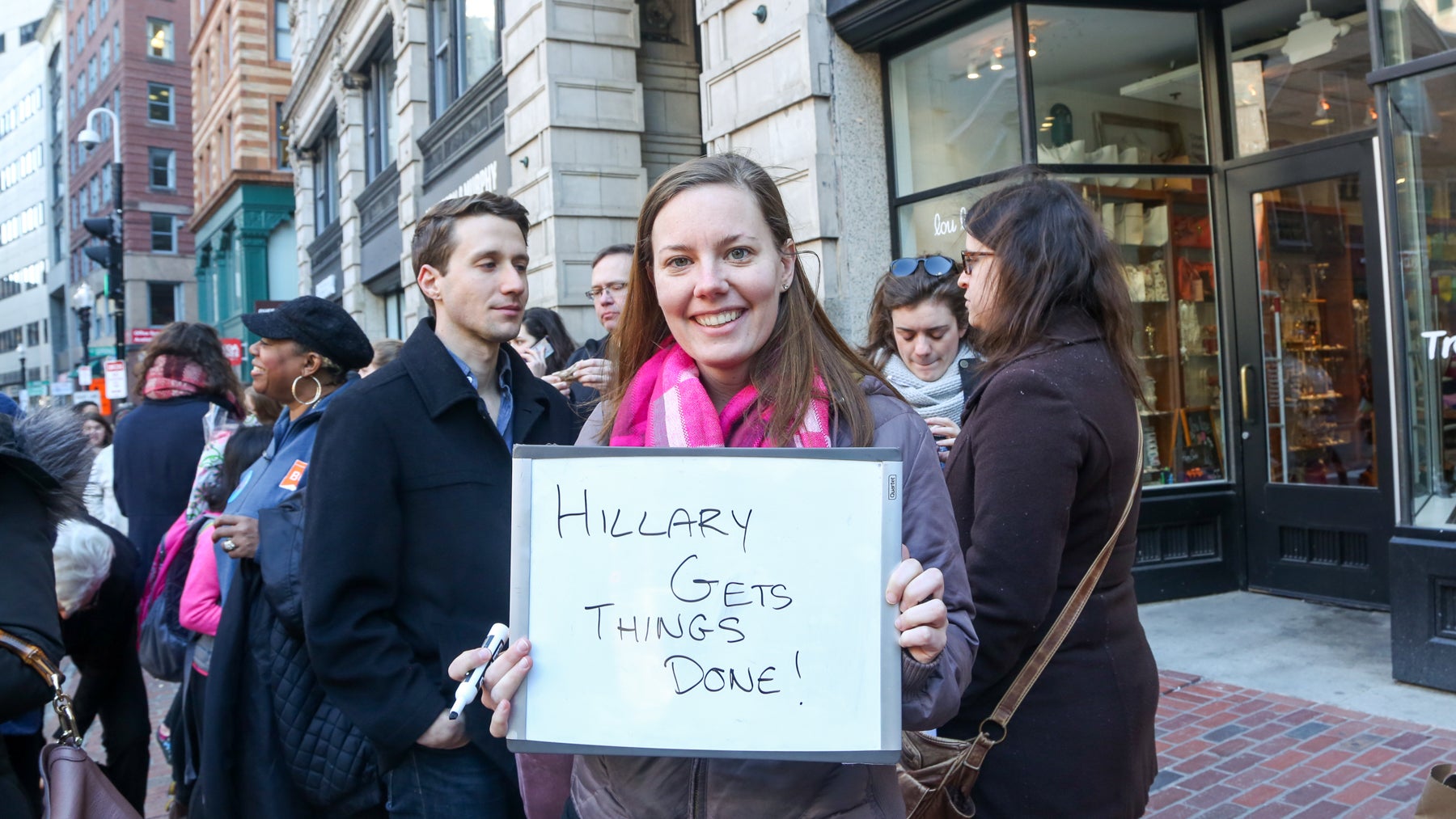 Clinton was last in Boston in November, when she accepted the endorsements of Boston Mayor Marty Walsh and other union leaders. As part of the “Hard Hats For Hillary’’ event, Clinton proposed a $250 billion investment in infrastructure.