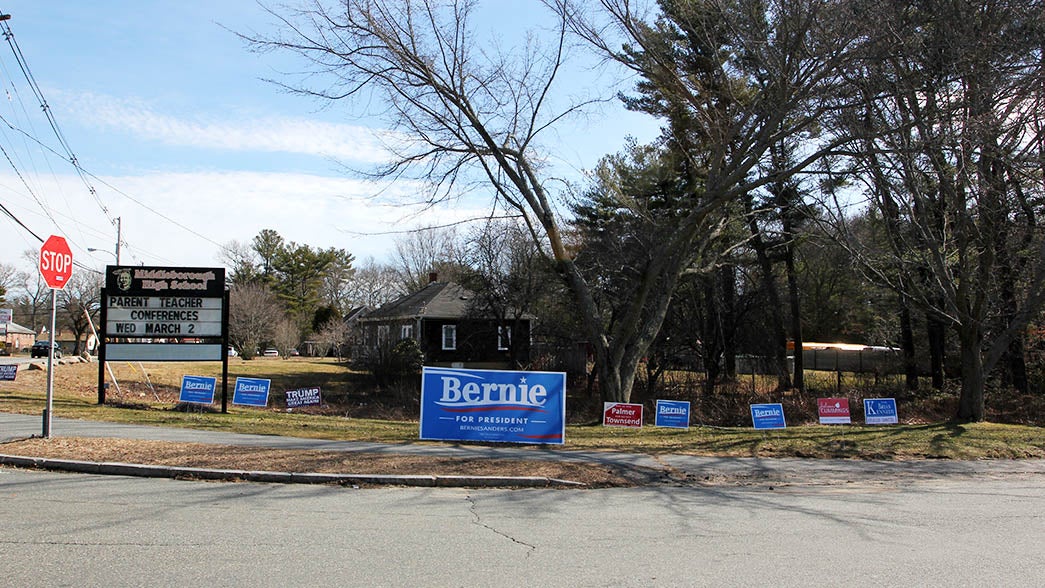 Along side streets and in front yards across Middleborough, signs supporting Donald Trump and Vermont Sen. Bernie Sanders have popped up.

The two presidential candidates couldn’t be more different in their political beliefs. But their messages have something in common, said George Davey, chairman of the Middleborough Republican Town Committee.

“They’re miles apart with their philosophy,’’ he said. “But something about them stirs people.’’ 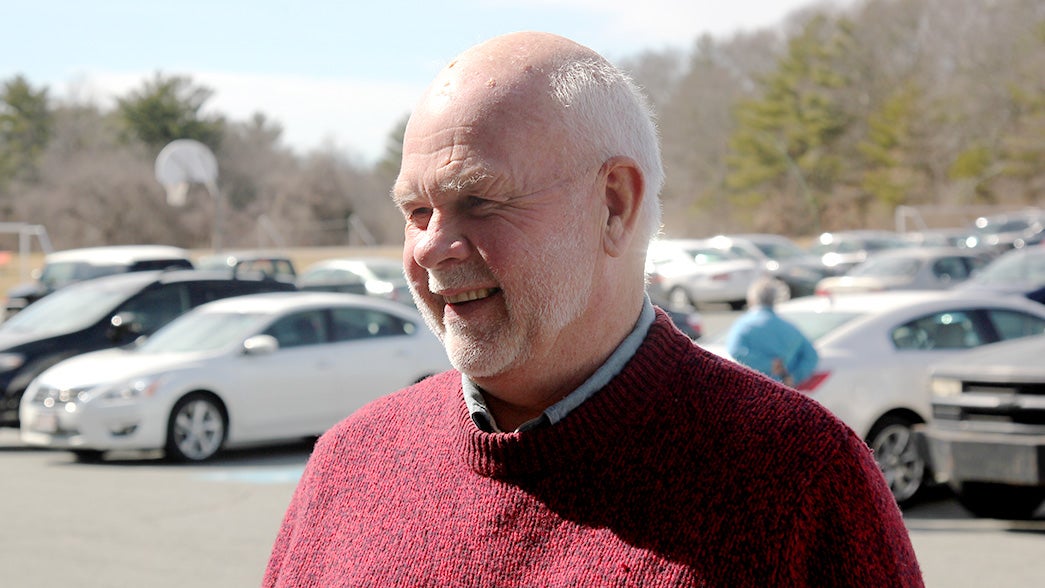 George Davey is chairman of the Middleborough Republican Town Committee.

Of towns with more than 10,000 voters, Middleborough has the highest proportion of those who are unenrolled. Sixty-six percent of voters could walk into the voting booth and pick their party Tuesday, leaving the town up for grabs. (A little more than half of Massachusetts voters are unenrolled).

“I voted for the maniac,’’ John Putignano volunteered. He was referring to Trump.

No matter who is in office — Democrat or Republican — things don’t get better, Putignano said.

“He’s just out there,’’ the 71-year-old retiree said of Trump. “Hopefully it’ll be a different story.’’ 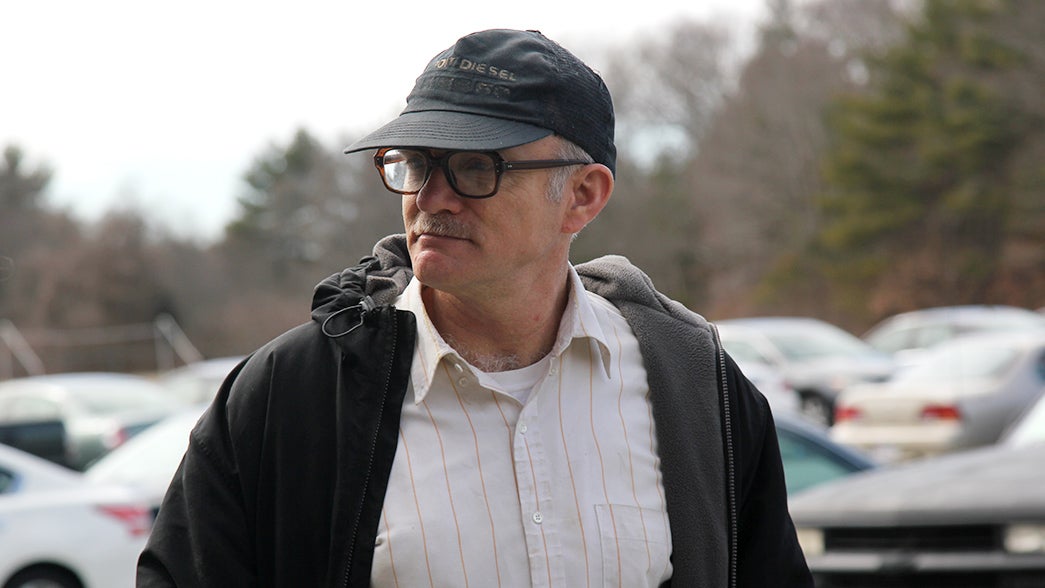 Others were looking for a less extreme Republican to support. Sherman Everhart, 50, voted for John Kasich, a candidate he called solidly conservative and right of center.

He was also looking for experience. After former Florida Gov. Jeb Bush dropped out, “the field got pretty thin in terms of people who have accomplished something.’’ 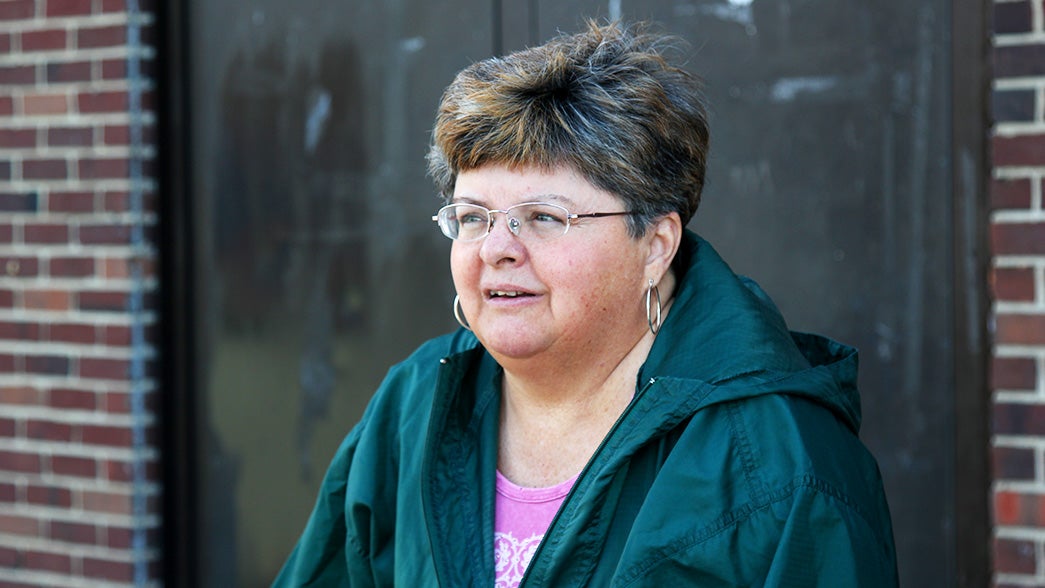 Betty Tolias, 58, pulled a Republican ballot as a strategic move to stop Donald Trump. She voted for Marco Rubio.

Betty Tolias said she felt that both of the Democratic candidates were the same.

“This is a chance to not vote for someone,’’ the 58-year-old said. “I don’t want to have people who are hotheads.’’

Trump was her anti-candidate, so she took the advice of a Boston Globe editorial and pulled a Republican ticket. She voted for Marco Rubio, though of all the Republicans, she liked John Kasich the best — especially after his most recent debate performance. But Kasich was “so far down’’ in the polls, she didn’t want to waste her vote.

Her husband, however, didn’t take the same strategic tack. He cast a ballot for Bernie Sanders, who he said is more in line with his philosophy of life.

“Helping as many people as I can,’’ the music teacher explained. 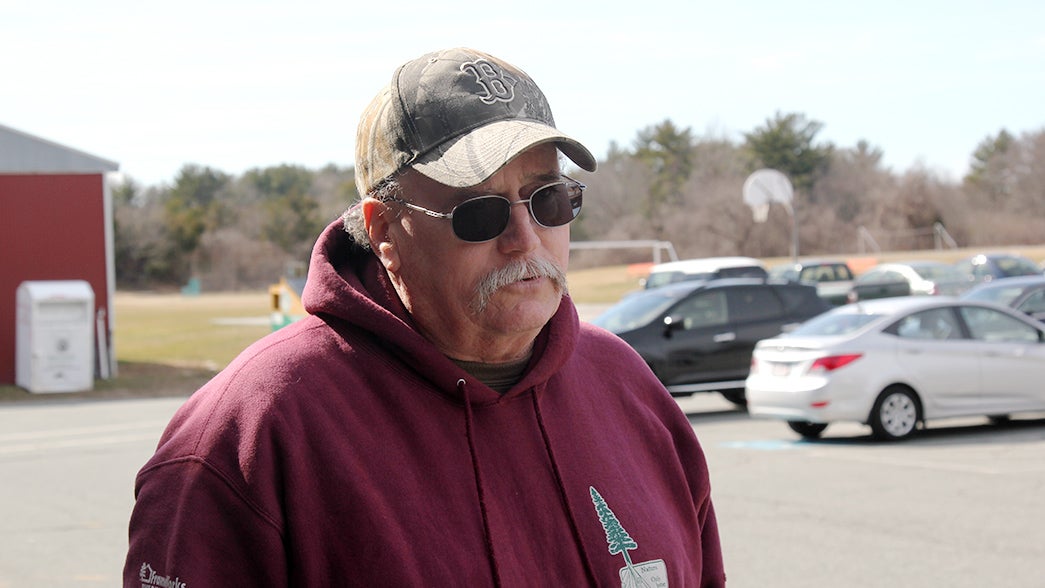 Jay Maher, 63, said he was disappointed with all the candidates. “There’s a list of people in there,’’ he said. “I don’t think any of them should be president.’’

Jay Maher, 63, walked out of Middleborough High School after casting his vote without a lot of enthusiasm. He pulled a Republican ballot, but wouldn’t say who his chosen candidate was.

“There’s a list of people in there,’’ he said. “I don’t think any of them should be president.’’ 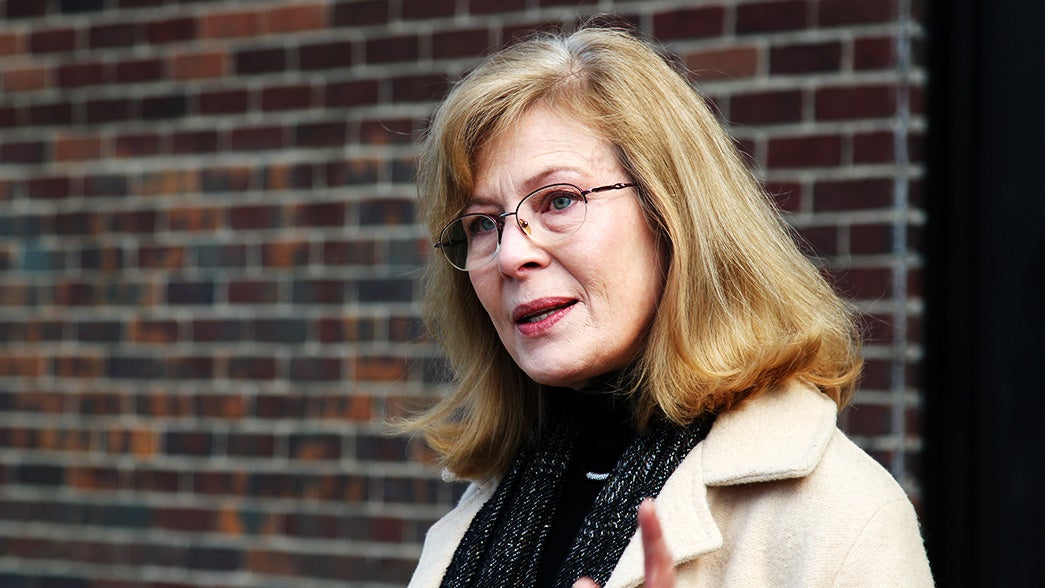 Donna Ford, 59, started weeping when she said she voted for Hillary Clinton. “I think it’s time for a woman to lead,’’ she said.

But none of those voters broke down in tears at the mere question of who they voted for. Donna Ford, 59, had never voted in a presidential primary before. Something about today was different.

“It’s time for a woman to lead,’’ she said, wiping tears from her eyes.

“From the moment I woke up, I knew this was an important time to use my voice to show solidarity,’’ she continued, “to prove that this country was not broken.’’ 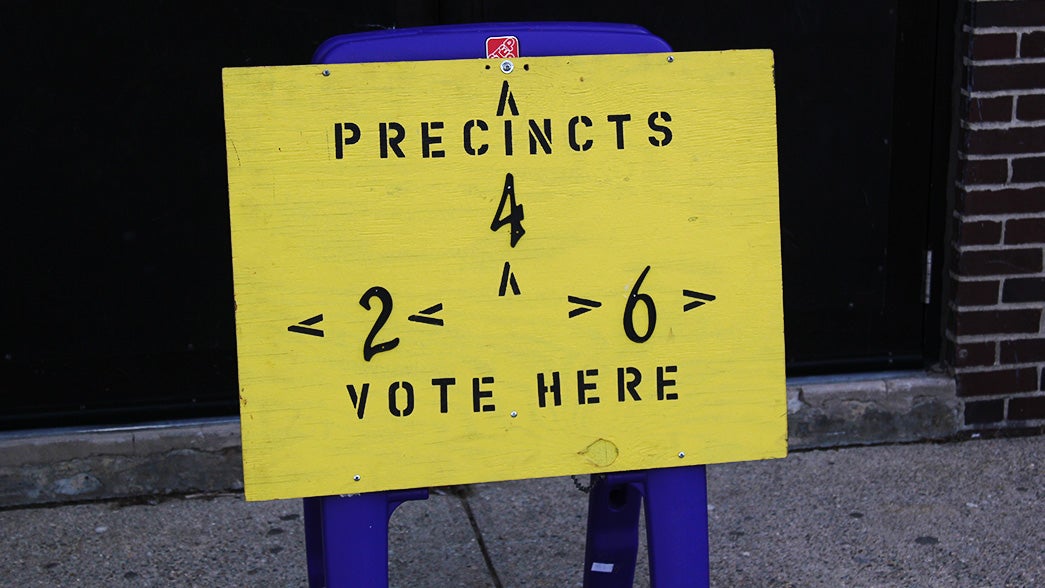 Middleborough High School, polling location for three of the town’s five precincts. Middleborough has the highest proportion of unenrolled voters (in towns with more than 10,000 voters) with 66 percent.