Tufts University student Gabby Roncone rolled down the passenger window of a minivan, letting the tune of Justin Bieber’s “Sorry’’ play out toward campus.

“Hey,’’ she said to a friend standing near a “Remember to Vote’’ sign. “Can I pick you up? Ready to go do your civic duty?’’

“I don’t have time,’’ he said. “And I’m not registered to vote in Massachusetts anyways.’’

Those reasons—time and not being registered—are two of the biggest hurdles that face students, and citizens at large, when it comes to voting. But Roncone and her friend Margo Bender spent lunchtime on Super Tuesday driving back and forth between four different polling locations to make sure Tufts students had every opportunity to vote — even if the students were hesitant to say which candidate they chose.

“There have been people driving vans since the polls opened at 7 this morning,’’ Bender said. “And so far I think they’ve taken more than three dozen students.’’

The layout of Tufts, which straddles both Somerville and Medford, makes for some inherent voting challenges. Depending where students live, they vote in one of four locations. If they live on the Medford side of campus, they can vote in the campus gym. If they live on the Somerville side, they either vote at a church in Davis Square or at a Tufts administration building that’s a 10-minute walk from campus.

But, if students live off-campus, they vote at 405 Alewife Brook Parkway, which is a 20 minute walk from campus. That’s where the minivans, and Top 40 tunes, come in.

“Yeah, it might sound like they’re being lazy,’’ said Ben Hoffman, a member of Tufts Civic, a non-partisan organization dedicated to increasing civic engagement on campus. “But if they only have 30 minutes between classes and there isn’t time to walk, then the van gets them to the polls.’’ 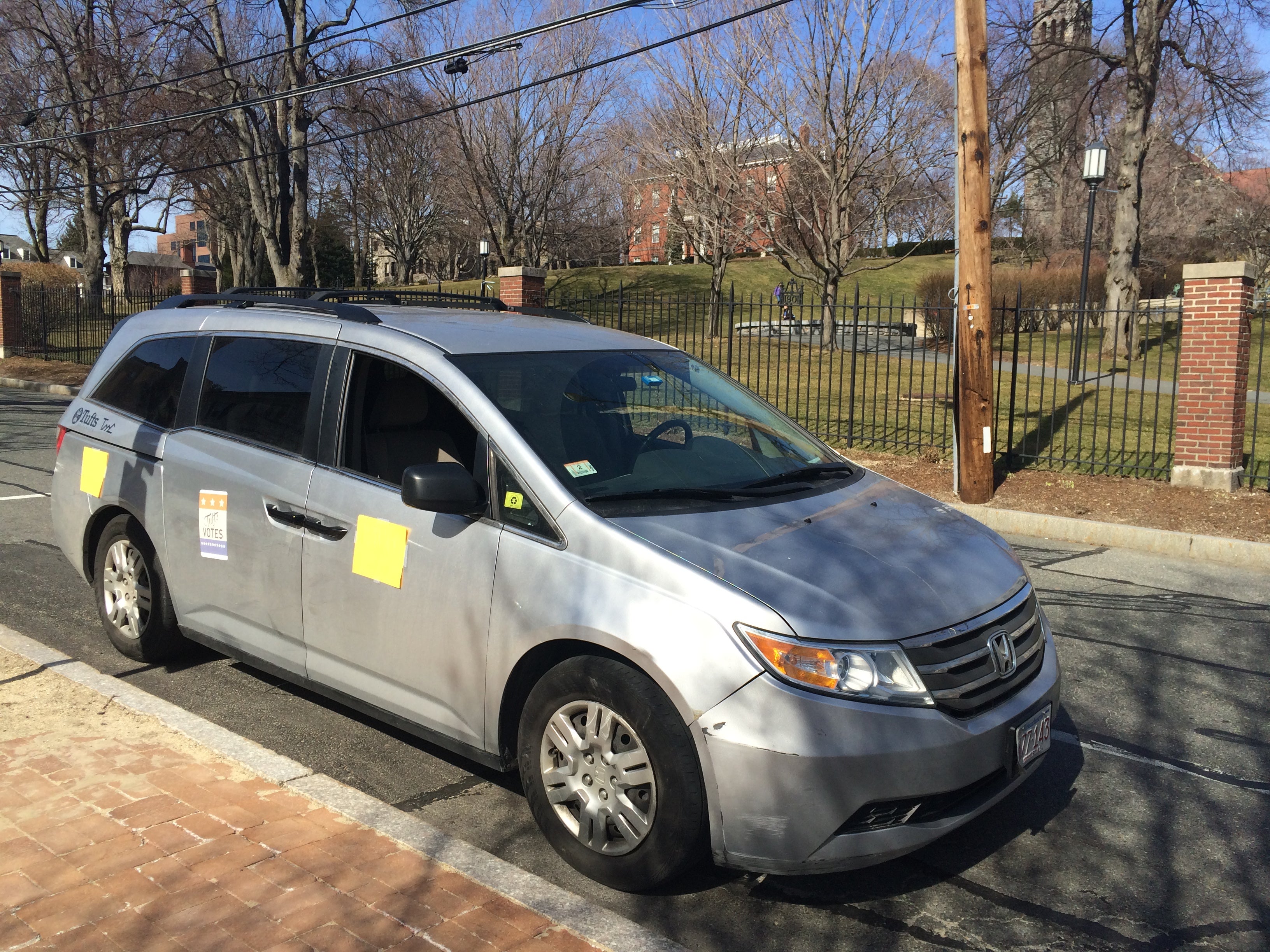 One of two minivans Tufts students drove to the polls.

Many of the students, Roncone and Bender included, declined to comment about who they were voting for. Hoffman believes it’s because Tufts, perhaps more so than some other college campuses, is known for its activism, and many students plan to pursue political careers.

“I think a lot of students don’t like being tied down to one candidate if they’re not able to have a full discussion about the politician,’’ he said. “No one wants to be pinned as ‘Just a Bernie person’ or ‘Just a Trump person,’ because people see their views as being more nuanced than that.’’

Each of the six students who rode in the minivans during lunchtime on Tuesday declined to say who they had voted for.

But they voted. The Tisch College of Citizenship and Public Service at Tufts, which is one of the nation’s leading resources on youth voting in the country, recently released a report titled “Youth Electoral Significance in 2016.’’ The report ranked the top 10 states and congressional districts where young people are poised to have a high impact on both congressional and presidential races.

Although Massachusetts didn’t make the top 10, students at Tufts want to make sure young people in the Bay State are exercising their rights.

“The research is very important, but it can’t just be theoretical,’’ said Katie Windham, a Tufts student and member of Tufts for Hillary. “Tisch is trying to do this push to turn research into a reality.’’

Many Tufts students have done their part to increase that percentage. In addition to running the vans, which were loaned by two independent organizations on campus, Tufts Civic members also registered several hundred students to vote during the week before the Feb. 10 deadline.

On Tuesday, it appeared that their efforts had paid off. As they offered to drive students to the polls, Roncone and Bender found that many had already voted, whether absentee in their home states, or by visiting one of the polling locations on campus. 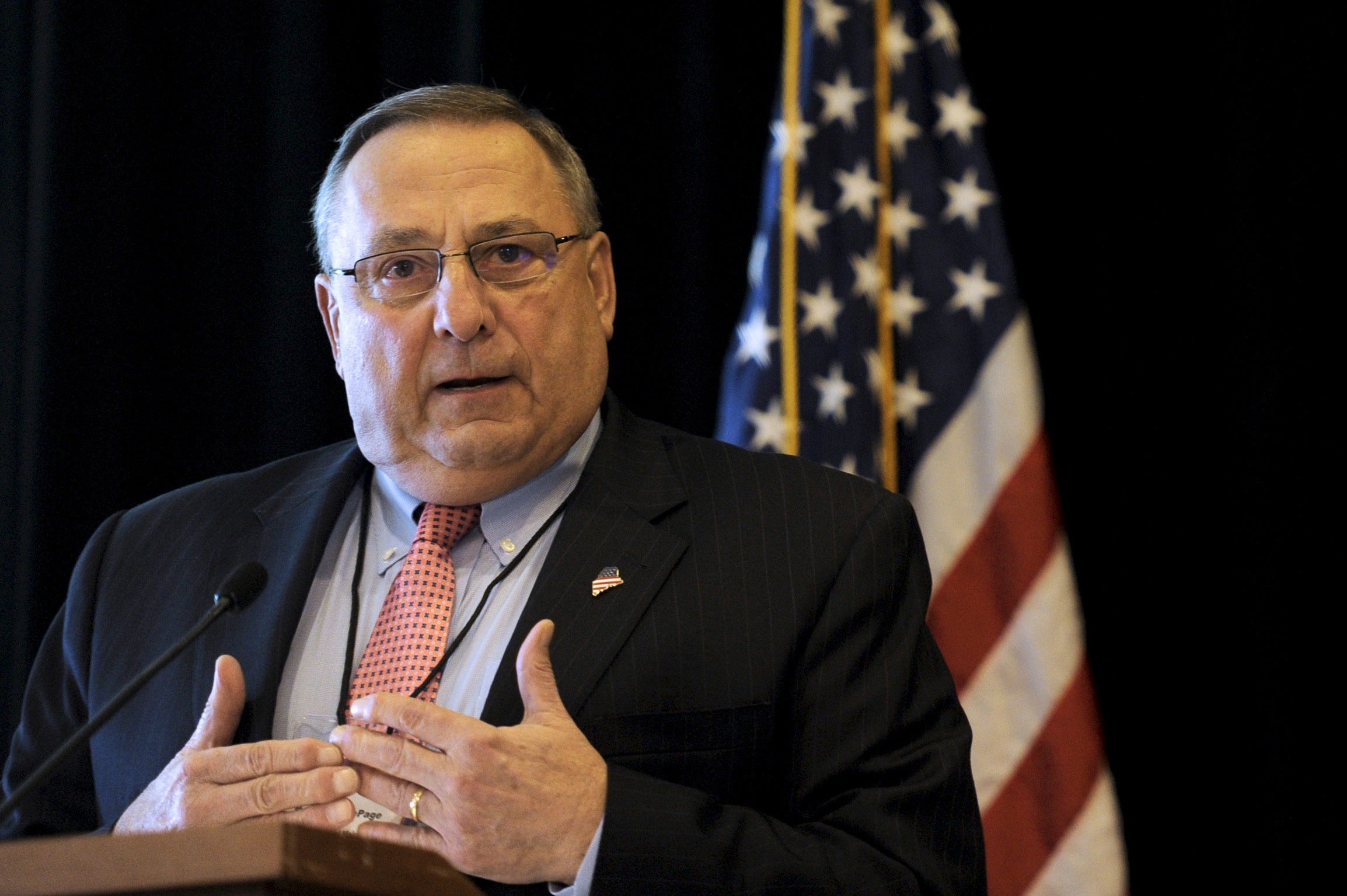