Donald J. Trump claimed victories on Super Tuesday in seven states, from Vermont to Arkansas, and his strongest support came from places like Fall River, Massachusetts, and Buchanan County, Virginia.

They have little in common but economic hardship, a sense of longing for the better times they once had and an unshakable belief that a President Trump might be the answer to their troubles. Here is a closer look at a few of the places where Trump won big. 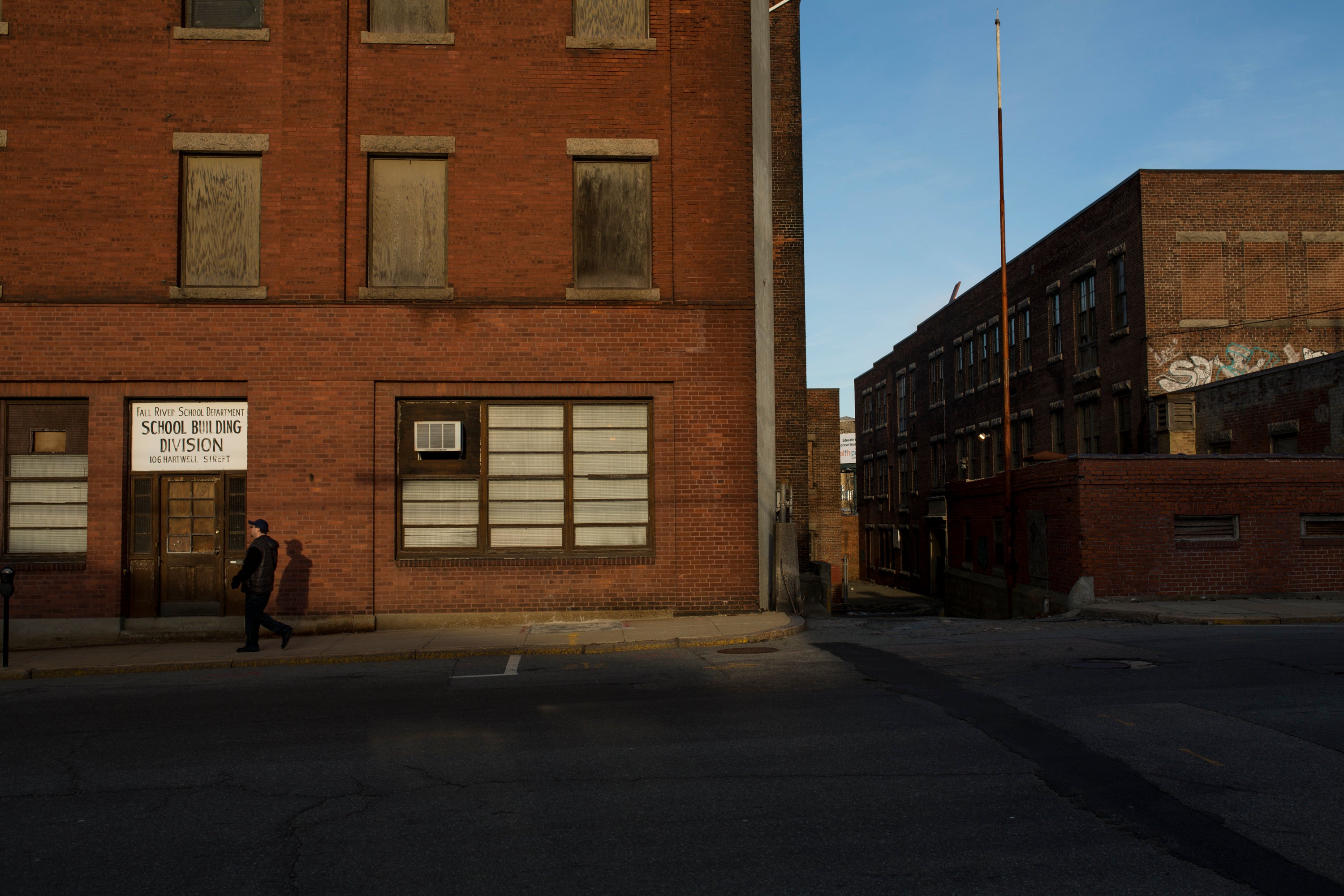 A shuttered school department building in Fall River, Mass., where Donald Trump took over 62 percent of the Republican primary vote.

Once a leader in the textile industry, Fall River was filled with mills producing cotton print cloth, earning the nickname of Spindle City.

As with other New England mill communities, those days are long gone.

In December, the unemployment rate was 8 percent, among the highest in Massachusetts. Its median income is about half that of the state as a whole. Even its city motto lacks gusto: “We’ll try.’’

Bruno Teixeira, 68, voted for Trump on Tuesday. He used to work as a foreman at a factory that dyed and finished cloth.

“I was fortunate that I could say I retired,’’ he said. “I never thought I would, I thought it was going to be pulled out from under me, like it was for a lot of my colleagues.’’

Teixeira’s father came to the United States from Portugal, his mother from England. He said he liked Trump’s views on immigration, as well as his straightforward talk.

“He has something to say, he says it,’’ Teixeira said. “That’s what I like about the man.’’

A house on a hill in Grundy, a town in Virginia’s Appalachian coal country.

Welcome to coal country. Mining is the biggest source of jobs in Buchanan County, which is in Appalachia and borders both Kentucky and West Virginia.

But the coal business is troubled. The county’s unemployment rate in December was 10.6 percent, the highest in Virginia and more than double the statewide rate of 3.9 percent. And since 1980, its population has fallen by about 40 percent.

Dana O’Quinn, a lifelong resident, has been a barber for close to 40 years. These days, fewer people are coming in to get their hair cut.

“The older people like myself will make it,’’ she said. “It’s the younger people that I worry about.’’ They are the ones who are leaving, she said, hoping to find jobs elsewhere.

Those who have remained are much poorer than people elsewhere in the state. Fewer than one in 10 adults have a bachelor’s degree or higher.

O’Quinn, a Democrat, won’t be voting for Trump. But she acknowledged his appeal, saying people in Buchanan County are looking for a change.

Sue Kirkland helps clear out a shuttered pharmacy on Main Street in Pearson, Georgia, in a county where Donald Trump took nearly 66 percent of the Republican vote.

Anthony Morris, a plaster and stucco contractor who is the county’s Republican chairman, said worries about jobs were front and center in the county.

Atkinson County, in southern Georgia, is poorer and less educated than the state as a whole. Fewer than 1 in 10 adults has a bachelor’s degree or higher.

A sizable portion of the county is farmland, but hundreds of people also work in manufacturing. Its list of big employers last year included makers of prefabricated buildings, decorative moldings and bags for produce.

Its share of residents who are Hispanic, about a quarter, is among the largest in Georgia. Most of them are of Mexican descent. (They were most likely not voting Republican; in Georgia, only 3 percent of voters in last Tuesday’s Republican primary were Hispanic, according to exit polls.)

Morris said his wife volunteered for the Trump campaign, getting the word out in Atkinson County. The interest in Trump, he said, was unmistakable.

“I’ve been involved in party politics since ’92,’’ Morris said, “and this is the most exciting thing I’ve seen.’’ 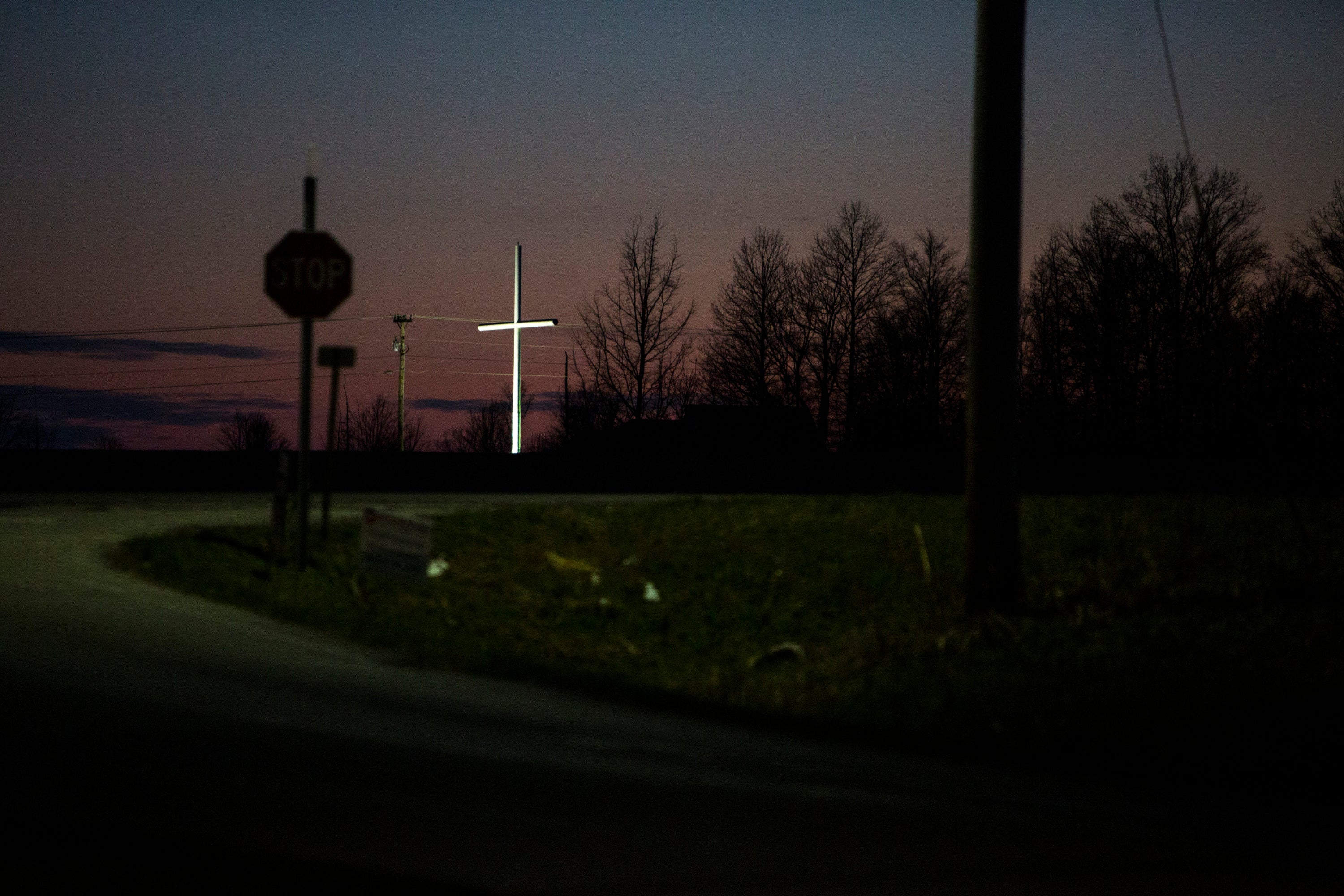 An illuminated cross lights up the night in Lafayette, Tennessee in a county where Donald Trump took over 57 percent of the Republican vote.

Much of this county northeast of Nashville, along the border with Kentucky, is farmland, though there are also jobs in manufacturing. The county is among the state’s biggest producers of tobacco, and it also produces hardwood lumber.

Shelta Shrum, 59, spent two decades working at a boot factory, where she was a clerical worker. Not long after she retired, the factory was shuttered.

The jobs, she said, went to Mexico.

“We knew it was going to happen,’’ Shrum said, “and it was something we dreaded it every day.’’

Shrum, who edits the newsletter for the local historical society, said Trump was speaking up about the kinds of things people talk about every day.

“We’re rural, and we’re not always politically correct,’’ she said. “We call it like we see it. And he’s doing that for us, very loudly.’’ 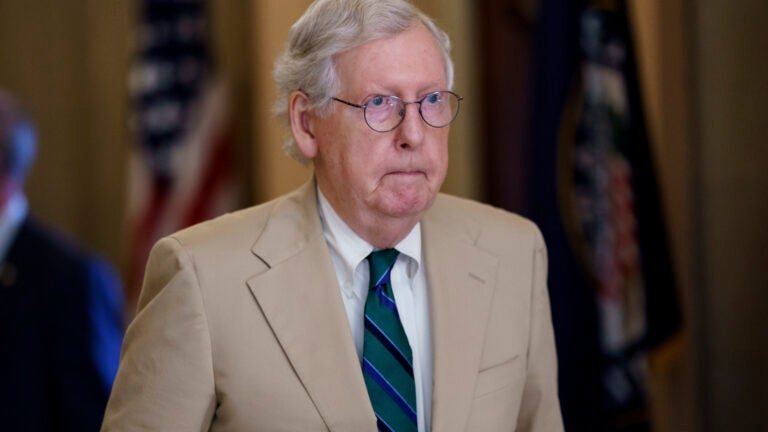