Super Tuesday forecasted the likely path of the Democratic primary race. Hillary Clinton won big among the more-populated, more-diverse states, with Bernie Sanders picking up victories in whiter, rural states. As the delegate math shows, that is not a winning strategy for Sanders.

Sunday night’s debate in Flint will show whether the Vermont senator can redirect course — two days before the state’s primary.

“It’s going to be one of the last opportunities that he’s going to be able to reach several million people, many of which are still undecided,’’ Aaron Kall, director of the debate program at University of Michigan, told Boston.com.

The reason the Democrats are debating in Flint — as opposed to Michigan’s largest city, Detroit, where Republicans debated Thursday — is the city’s water crisis, which recently came to a head with a declared state of emergency due to alarmingly high lead levels. To draw focus to the issue, the campaigns lobbied the Democratic National Committee to sanction a debate in the majority-black city, which some feel was neglected by the state’s Republican governor.

Both candidates have been outspoken on the crisis. Clinton left New Hampshire on the eve of the state’s primary to visit Flint, while Sanders has gone so far as to call for the resignation of Michigan Gov. Rick Snyder.

“Flint is a major issue and [Sanders] can even say that he’s been ahead of the curve on that issue,’’ said Kall, adding that the debate is Sanders’ best (and perhaps final) opportunity to make any meaningful headway with minority voters in a state that is not firmly his nor Clinton’s territory.

According to the 2010 Census, about 14 percent of the Michigan population is black, about 2 percent higher than the national average. These states are the places Sanders must increase his delegate share to have any chance of catching up to Clinton.

“You start out in places like Iowa and New Hampshire, where it’s disproportionately white voters, and then you get to the South where a very big portion are African-American,’’ Kall said. “And then in Michigan and Ohio [which holds its primary March 15, the following Tuesday] there’s a real combination of those factors.’’

So far, Clinton has received the overwhelming share of support among black voters in the Democratic primary, powering landslide victories for her in Southern states. Kall says Sanders should try changing his debate style, ditching the oft-repeated, big-picture talking points to be more anecdotal, to make his pitch to that critical base.

“Take his overall general theme and try to apply it to as many specific issues and concerns to a group he really needs support from,’’ he said, adding that Sanders has done a lot of person-to-person outreach campaigning in the state.

“He just needs to incorporate some of that language into the debates,’’ Kall said, suggesting Sanders even name-drop some of his high-profile endorsements.

Ultimately, however, this may be more than an issue of messaging. As Slate’s Jamelle Bouie recently wrote, the Clintons — both Hillary and Bill — have “assiduously’’ worked to reach out to black voters for decades.

“With expansive policies for economic equality, Sanders might have real appeal for black Americans,’’ Bouie wrote. “But it takes more than good policies to forge a political connection. It takes hard, dedicated work.’’

Sanders still has a lot of ground to make up. In Michigan, recent polls show Clinton leading by double-digits. And in the lasttwo Fox 2 Detroit polls, the former secretary of state led Sanders 84 percent to 13 percent among black voters.

“The disparity is so great that no magic two-hour debate performance is going to change it,’’ Kall said, noting that Sanders needs to at least narrow those margins, if he can’t pull even. “But it’s just small steps.’’

Kall noted that Sanders has already transformed the discourse of the Democratic primary. But if he wants to be more than a message candidate and actually compete for the nomination, he needs to find a way to usurp Clinton’s ties to black voters.

With roughly a quarter of the total primary delegates already allocated, and hundreds more up for grabs in the next two weeks, small steps likely won’t be enough to win. 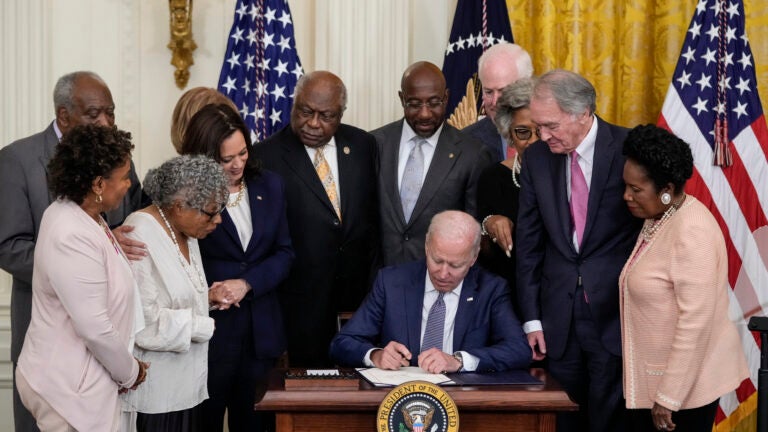