Donald Trump speaks to a crowd Saturday in Orlando.

Every presidential election, it seems politicos and journalists at some point mull about the possibility of the rare brokered convention. Not for decades have the party conventions served as anything other than a formality — effectively a mega-rally featuring a week of speeches.

But this year a brokered convention may actually be a reality.

And according to Stuart Stevens, Mitt Romney’s top 2012 campaign strategist, it’s the best chance the Republican Party has of stopping Donald Trump.

Stevens, like Romney, is among a small group of GOP elites that have consistently and vocally criticized Trump. But even he admits that the billionaire is likely the only Republican candidate with a shot a getting the required 1,237 delegates to clinch the nomination before the convention.

“Logic dictates that the remaining candidates should focus on holding Trump as far below 1,237 as possible, with the goal of pushing the convention to a second ballot,’’ Stevens wrote in an article published Tuesday by The Daily Beast.

[Vox recently explained, as they do, what such a contested convention would look like.]

While Stevens dismissed the idea of a new candidate — like, say, Romney — sweeping in on the second ballot, he proffers another theatrical possibility that would make political junkies swoon.

“The far more plausible outcome would find two candidates joining together to form a ticket, pooling delegates to get over 1,237,’’ he wrote.

With four candidates still in the running, Stevens doesn’t specifically say which ones he think could form a president-vice president team at the convention. But for months conservatives have called a combination of Florida Sen. Marco Rubio and Ohio Gov. John Kasich, both hailing from general election swing states, a “dreamticket.’’

For his part, Kasich predicted Tuesday the race was headed toward a contested convention. Though that also may be wishful thinking — the Ohio governor is in fourth place in the delegate race.

Getting there, however, is the hard part.

According to FiveThirtyEight, Trump is currently on pace to reach the 1,237 delegates needed to clinch the nomination and avoid any chance of a brokered convention.

Currently in second place, Texas Sen. Ted Cruz has called for the other candidates to drop out of the race, so he can take on Trump one-on-one.

But that might not be a good idea, as primarily evidenced by the fact the Trump has called for the exact same thing. With fewer chances as the primary process goes on to deplete Trump’s accumulation of delegates, a growing tide of anti-Trump Republicans have encouraged the three other candidates to stay in the race.

“Campaigns trying to get one another to drop out simply do not get the math and logistics of the next few months. You don’t want 1 on 1,’’ tweeted Doug Stafford, the former chief strategist of Rand Paul’s presidential campaign.

“Everyone stay in, run hard, win or do well in your best states,’’ he added.

Romney suggested the same in his speech last Thursday.

“Given the current delegate selection process, this means that I would vote for Marco Rubio in Florida, for John Kasich in Ohio, and for Ted Cruz or whichever one of the other two contenders has the best chance of beating Mr. Trump in a given state,’’ Romney said.

The former Massachusetts governor himself followed those words with action, recording robocalls for Rubio and Kasich this week.

If all goes as Romney, Stevens, and the rest of the anti-Trump elite now plan, chaos will ensue at the convention this July in Cleveland. And if this primary has taught us anything, it is to expect chaos — but also that nothing goes according to plan. 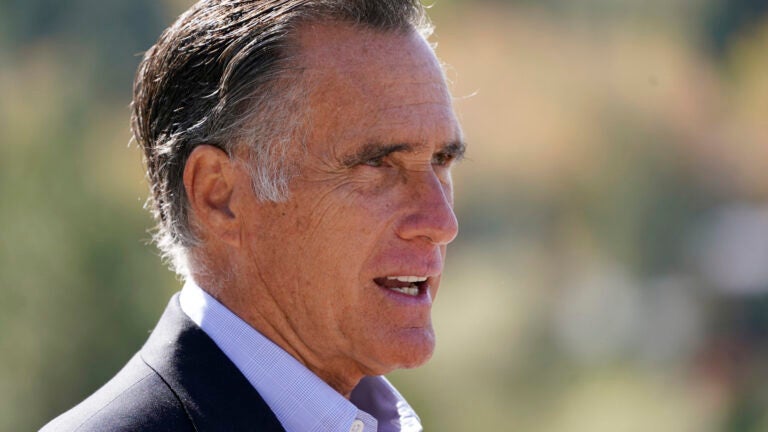