As many observershavenoticed Clinton’s policy proposals and rhetoric drifting leftward in the style of the Vermont senator, SNL took the pattern to its logical conclusion.

In a spoof campaign commercial aimed toward millennials — a stronghold of Sanders support — Kate McKinnon’s take on Clinton more than adopted her opponent’s pitch to young people.

“I know you millennials,’’ she said. “You’re fired up. You’re angry. And I’m angry too. Because the top 10 percent of the top 1 percent control 90 percent of the wealth in this country. And I’ve always said that, ever since I was a young boy growing up in Brooklyn.’’

From “that darn Wall Street’’ to the baggy suits, the trend continued. 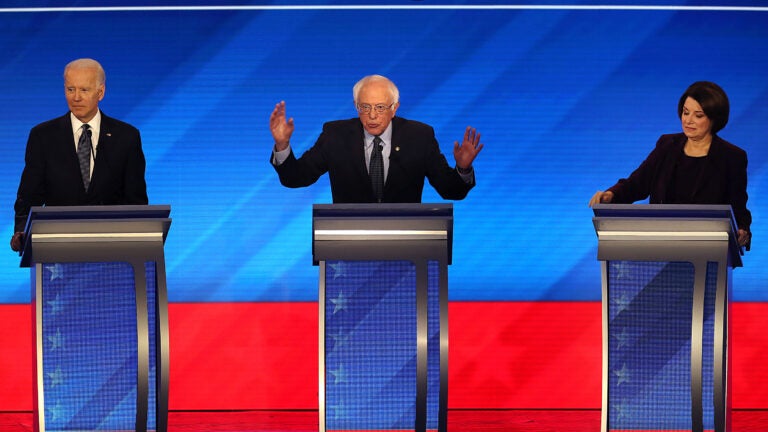