On the eve of Tuesday’s primaries, the former Massachusetts governor hit the campaign trail with John Kasich in the Ohio governor’s home state.

“This is the guy that Ohio needs to vote for,’’ Romney said during a town hall Monday in North Canton. He will also join Kasich at a 6 p.m. town hall outside of Columbus.

As part of his anti-Donald Trump crusade, Romney hass said Republican voters should back the candidate with the best chance of defeating the GOP front-runner — whether its Kasich in Ohio or Marco Rubio is his home state of Florida.

“Unlike the other people running, he has a real track record,’’ the 2012 GOP nominee said of Kasich. “He has the kind of record that you want in Washington and that’s why I’m convinced that you’re going to do the right thing tomorrow. Agreed?’’

On the campaign trail, the Ohio governor has touted a record of compromise. During his five-year tenure in the Buckeye State’s corner office, Kasich accepted the expansion of Medicaid as part of the Affordable Care Act, unlike many of his Republican counterparts. He also closed Ohio’s budget deficit, while cutting income taxes — but also cutting local aid and raising sales taxes.

Romney has said he expects to endorse a candidate later this month, if a clear alternative candidate to Trump emerges. Florida, Illinois, Missouri, North Carolina, and Ohio hold their respective primaries for both parties Tuesday, with Arizona and Utah to follow next week.

Kasich — currently last among the four remaining Republican candidates with 63 delegates (Trump has 460) — has said if he doesn’t win Ohio, “it’s time to call it over.’’ But the governor also said he thinks he can overcome his delegate deficit by the convention with the springtime slate of Northeastern primaries.

“March Madness, home court advantage,’’ Kasich told the Washington Post, referring to the upcoming primary schedule. “It starts to work for us. We will do well in places like Pennsylvania […] like Maryland and Connecticut and New Jersey and New York. And then we’re going to hitch up a covered wagon and head west.’’ 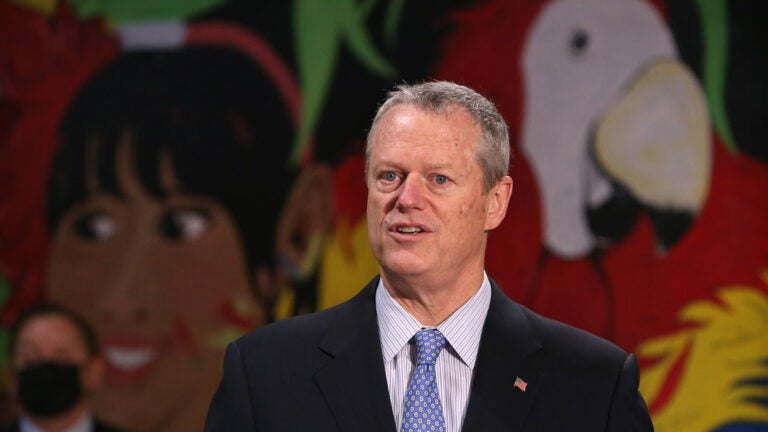