The Democratic legislative leaders and Republican Gov. Charlie Baker were asked about the minimum wage following a regular weekly leadership meeting at the Statehouse. The questioning was prompted by laws signed earlier in the day by the governors of California and New York that will gradually push the minimum wages in those states to $15 an hour.

The Massachusetts minimum wage currently is $10 an hour, tied with California for the highest among U.S. states, and is scheduled to rise to $11 an hour on Jan. 1 in what will be the last of a three-step increase approved by the Legislature and signed by then-Democratic Gov. Deval Patrick in 2014.

DeLeo said he would prefer to wait until after the last phase of the scheduled increase kicks before having discussions about whether the wage should be raised.

“I think it’s premature for us now to talk about any changes,” the Winthrop Democrat said.

Rosenberg appeared more bullish on the possibility of addressing the issue sooner. He indicated Senate leaders are having private discussions about whether to advance a proposal moving Massachusetts toward a $15 an hour minimum wage and told reporters to “stay tuned.”

“I support a living wage, and we need to keep moving,” said Rosenberg, an Amherst Democrat. “Income inequality is rampant in this country. Massachusetts is among the most significantly unequal between the top earners and the lowest.”

Baker sided with DeLeo’s view that it’s too early to consider an increase in the minimum wage that goes beyond what’s already scheduled. But the governor also said he shares Rosenberg’s concerns about income inequality in Massachusetts. He cited his support for a further increase in the state’s earned income tax credit for low-income working families and an economic development bill filed by his administration that includes training workers for higher-paying jobs.

“There are a lot of elements to this discussion, and certainly the minimum wage is one,” Baker said. “But I think Massachusetts is pursing what I would call a multi-faceted approach to this, and that’s the right way to go.” 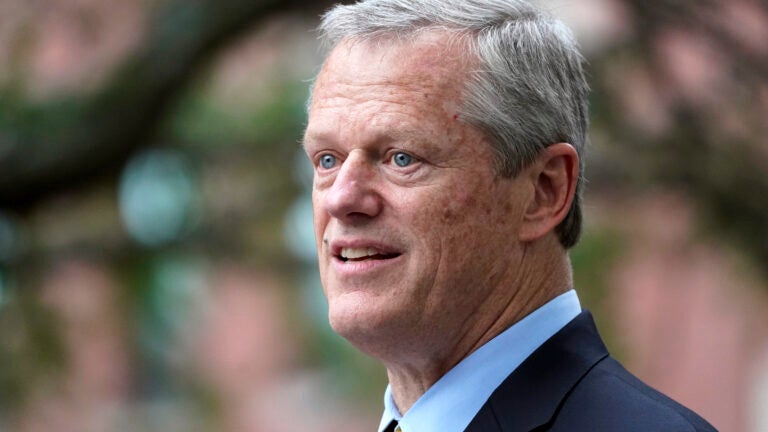