When Bernie Sanders presented his plan to reform Wall Street earlier this year during a speech in Manhattan, he proclaimed, “the greed of Wall Street and corporate America is destroying the very fabric of our nation.”

In an editorial board meeting last Friday with the New York Daily News ahead of the Empire State’s critical April 19 primary, the Vermont senator was pressed on that statement (the transcript of the meeting was published Monday).

Exactly which companies were destroying the national fabric, the Daily News asked. Sanders began by specifically naming “JPMorgan Chase, and virtually every other major bank in this country,” citing their “greed, recklessness and illegal behavior on Wall Street.”

Sanders added that the settlements some banks reached with the United States government was an “implicit admission that they have engaged in illegal activity.”

When members of the editorial board pushed Sanders for what exactly he meant by corporate America “as the agent of American destruction,” it was then that he turned to General Electric, which recently announced it will be moving its headquarters to Boston (emphasis added below).

That is greed and that’s selfishness. That is lack of respect for the people of this country.

Daily News: And so how does that destroy the fabric of America?

Sanders: I’ll tell you how it does. If you are a corporation and the only damn thing you are concerned about is your profits. Let’s just give an example of a corporation that’s making money in America, today, but desiring to move to China or to Mexico to make even more money. That is destroying the moral fabric of this country. That is saying that I don’t care that the workers, here have worked for decades. It doesn’t matter to me. The only thing that matters is that I can make a little bit more money. That the dollar is all that is almighty. And I think that is the moral fabric.

To me, what moral is, I’ve got to be concerned about you. You’ve got to be concerned about my wife. That’s moral to me. That’s what I believe in. And if the only thing that matters to you is making an extra buck, you don’t care about my family, I think that’s immoral. And I think what corporate America has shown us in the last number of years, what Wall Street has shown us, the only thing that matters is their profits and their money. And the hell with the rest of the people of this country.

In 2011, The New York Times reported the company paid zero tax dollars in 2010, despite making $14.2 billion in profit, $5.1 billion of which came from its operations in the United States. The “zero tax dollars” claim was contested shortly thereafter, though most agreed that the company does work extensively to minimize its bill far below the 35 percent corporate tax rate.

Read the full transcript of the meeting between Sanders and the Daily News editorial board here. 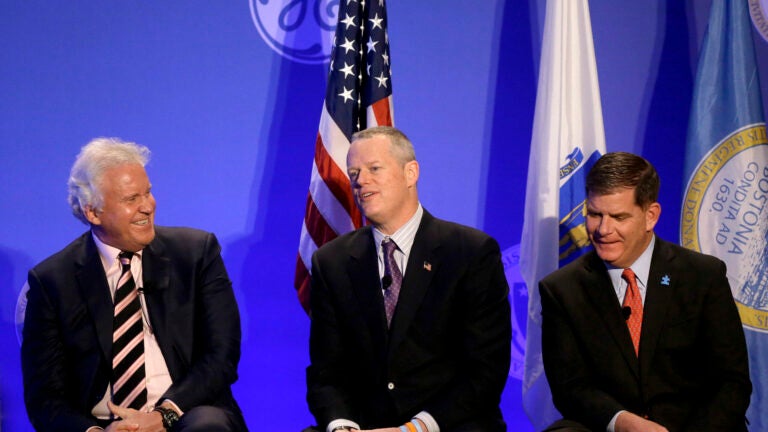