Yet when the Republican took the stage, he was confronted by signs and chants from demonstrators urging him to support a transgender anti-discrimination bill, which has been a hot topic of late for the Massachusetts governor.

After Baker refused to voice support for the bill—”I will make sure I talk to all parties involved before we make any decision”—he was interrupted by chants of “Sign the bill” and shouts from activists. Eventually, he left the stage to a chorus of boos.

And @MassGovernor fleeing the ballroom to a chorus of boos. #mapoli pic.twitter.com/KKZTaMGxTr

According to The Boston Globe, the abrupt departure came 20 minutes into the governor’s “highly anticipated speech.” Earlier in the evening, according to the Globe, organizers had said Baker, who has refused to say whether or not he would sign the bill, would stay after his speech to mingle.

“Governor Baker concluded his speech where he reiterated his belief that no one in Massachusetts should be discriminated against, praised attendees for their courage and urged the transgender community to continue to advocate for their beliefs,” Lizzy Guyton, Baker’s press secretary, told Boston.com Wednesday night.

“He supports the 2011 legislation that expanded protections to transgender individuals and looks forward to reviewing additional legislation should it reach his desk,” she added.

As Baker spoke, many in the crowd held up signs that read “Public Spaces = Our Spaces, Trans Rights Now!” in support of the proposed public accommodations bill, which would ban discrimination against transgender people in public places, including restaurants, malls, and restrooms. 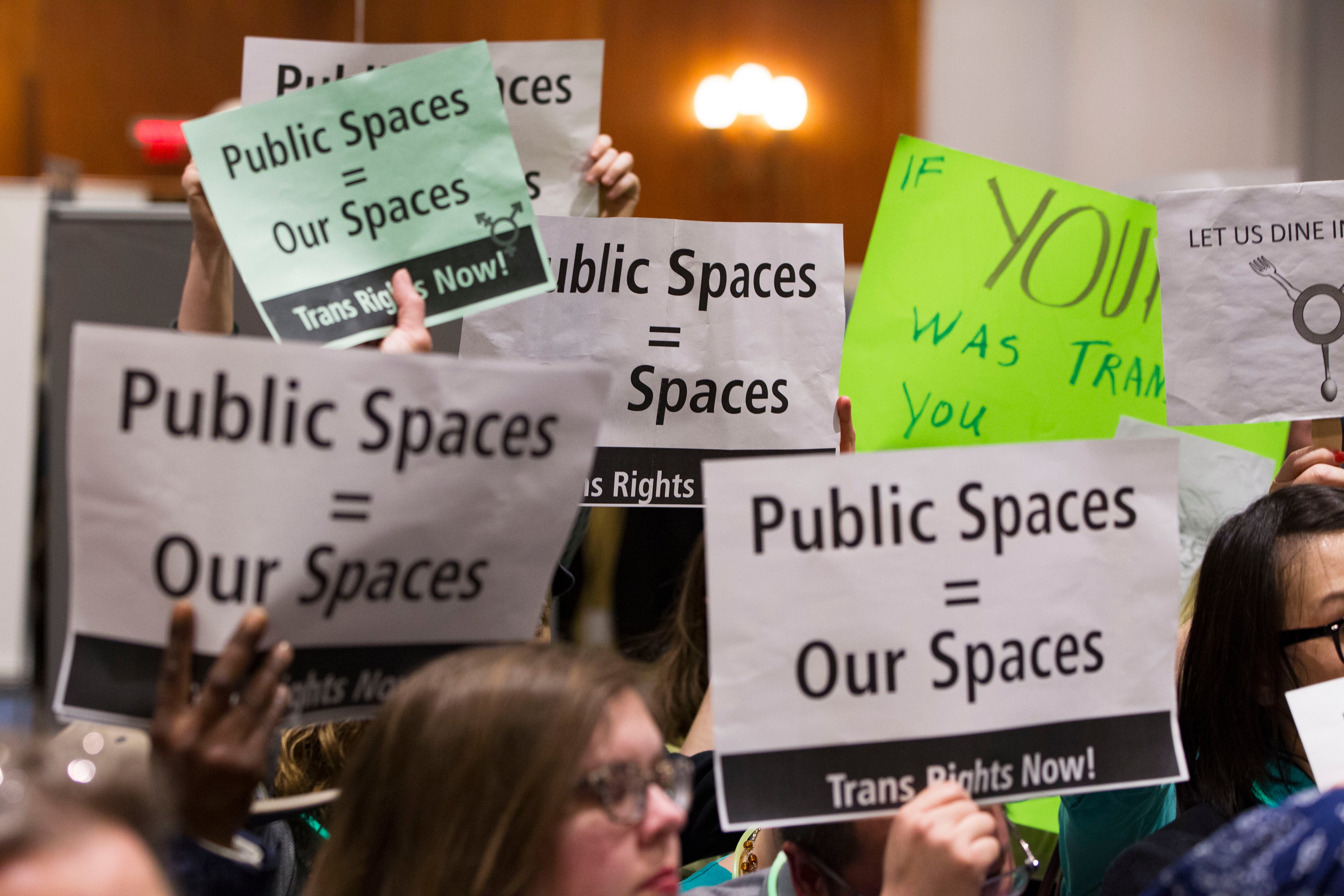 The turbulent event comes a week after Baker, one of few prominent Republicans to support gay marriage, was uninvited from an LBGT event, at which he was originally slated to be honored, in part because of his refusal to pledge support for the transgender public accommodations bill.