A day after Gov. Charlie Baker’s speech at an LGBT event was cut short amid protests by supporters of a proposed transgender bill, the Massachusetts governor addressed the incident at the State House.

“I talked about the fact that I think it’s important that advocates on these issues to continue to tell their stories and to communicate with public officials and others,” Baker told reporters Thursday, “because they’re compelling and they’re powerful and they matter.”

Before Baker’s keynote speech at Wednesday night’s LGBT networking event, activists had hoped he would pledge support for the bill banning discrimination against transgender people in public accommodations.

When the Republican governor, who is among a minority in his party in supporting gay marriage, did not do so, demonstrators interrupted his speech with chants, culminating in Baker leaving the stage 20 minutes into the speech amid a chorus of boos.

Asked by a reporter if he should take a position on the bill, Baker said “as a general rule, we don’t take positions on legislation that’s pending before the legislature.”

Baker, however, has put his political weight behind some legislation. The governor’s administration has recently pushed a bill to allow more charter schools in Massachusetts, as well as energy bills incentivizing the use of solar and hydro power.

Baker’s office has said the governor looks forward to reviewing the trangender bill “should it reach his desk” and pointed out that he supported 2011 legislation banning housing or employment discrimination against transgender people.

“My job is to meet with anybody and everybody,” he added, “and sometimes that means that I’m going to spend time in front of audiences that aren’t going to agree with me.” 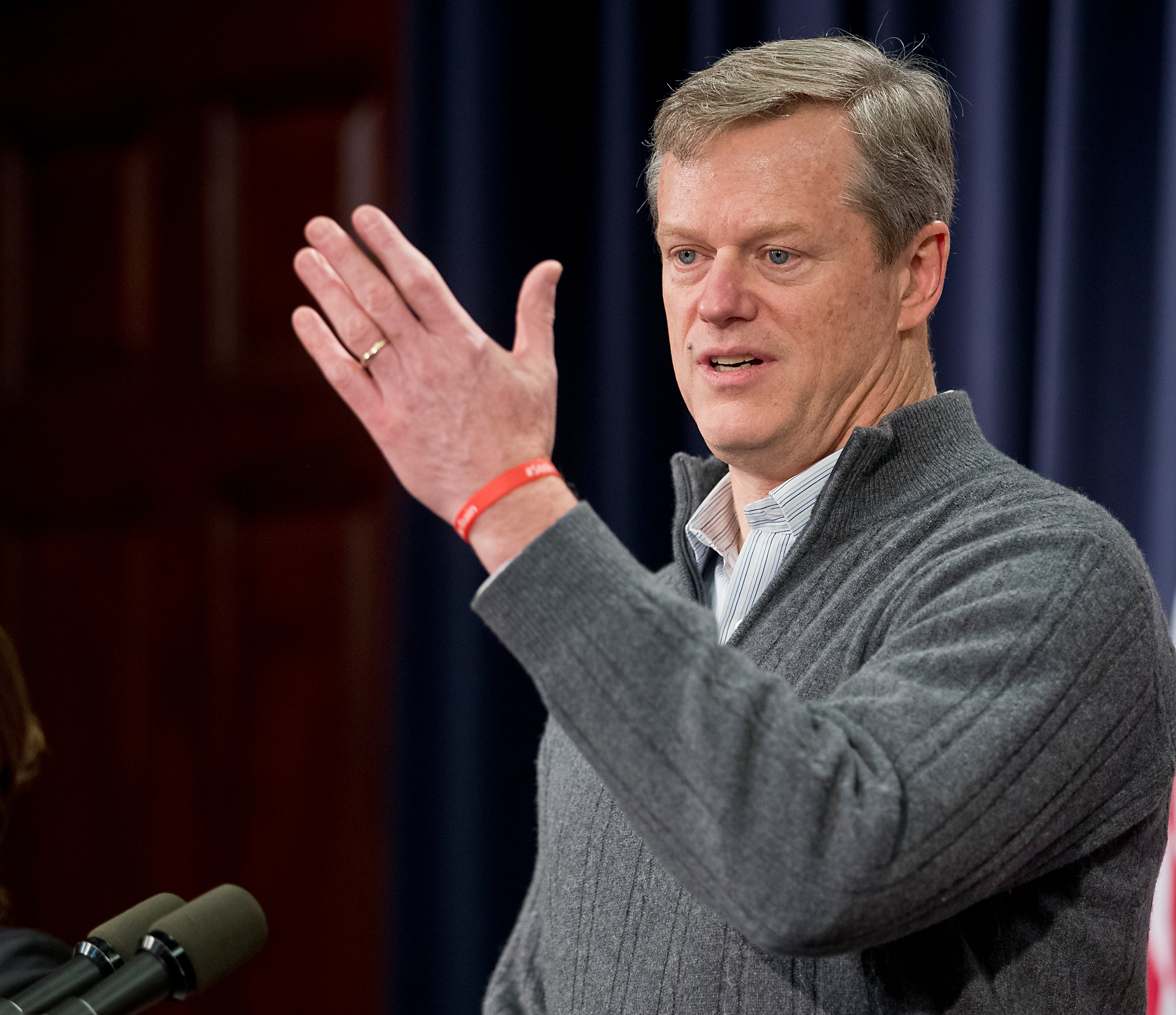