Ben & Jerry’s co-founders Ben Cohen and Jerry Greenfield were among roughly 300 protesters arrested Monday on the steps of the U.S. Capitol Building, according to a post on the ice cream company’s website.

According to Capitol Police, about 1,240 arrests have been made since April 11 related to ongoing Democracy Awakening demonstrations against the influence of big money in politics.

Police said the arrested protesters, which also included Harvard professor Larry Lessig and actor Rosario Dawson, were charged with unlawful crowding, obstructing, or incommoding, and were processed and released on scene.

Among the group’s demands are the consideration of President Barack Obama’s nominee to the Supreme Court and legislation that would overturn the Citizens United decision, restore protections against voter discrimination, and enact a form of small-donor campaign funding. 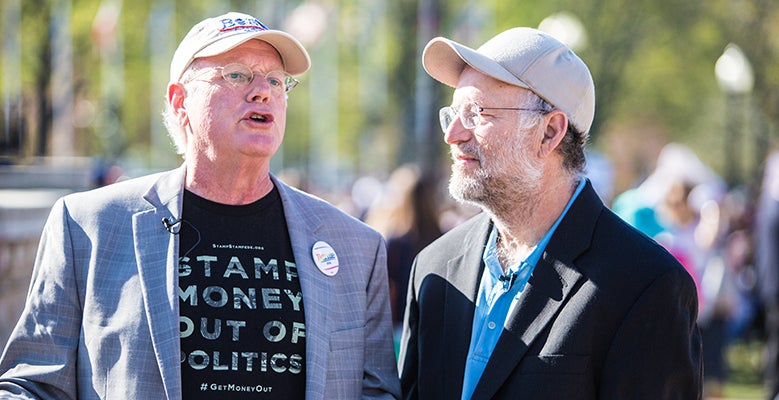 “The history of our country is that nothing happens until people start putting their bodies on the line and risk getting arrested,” Cohen said in a statement on the Ben & Jerry’s website, which trumpeted the company’s outspokenness on climate change and marriage equality.

A separate post on the Ben & Jerry’s website denounced campaign finance system and restrictions on voting rights, putting the “disappointing mess” into terms their customers could relate to.

Imagine you come across a shiny, pristine pint of Cherry Garcia. “Great!” you think, “I’m hungry, and this looks like just the ticket.” But when you open the lid, it’s emptier than a politician’s campaign promises. 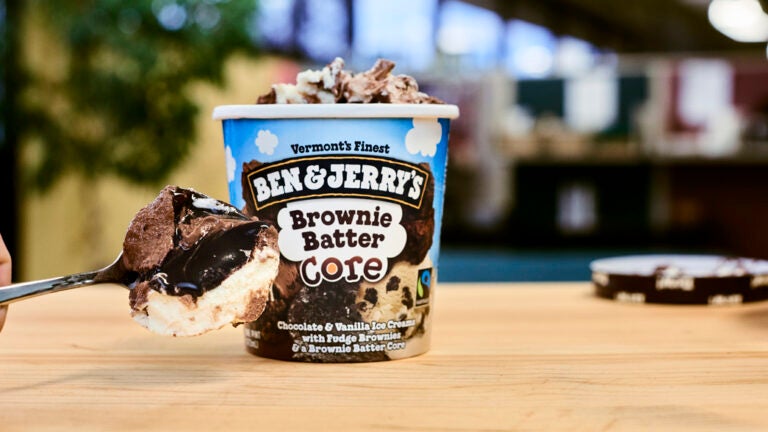