Kennedy’s grandson, Jack Schlossberg, presented the award to Malloy at a ceremony at the JFK Library in Boston. Malloy was selected to win the award from about 4,000 nominees.

Malloy, a Democrat, was named this year’s recipient for his vocal support of refugee resettlement. Schlossberg credits Malloy with taking a stand against “hateful, xenophobic rhetoric” at a time when some governors and presidential candidates sought a ban on Syrian refugees.

“Fortunately for our country and for the refugees fleeing violence and terror at home, some Americans stood up for our values. Governor Malloy was one such American,” Schlossberg said.

Malloy announced three days after the Paris attacks that Connecticut would continue to accept refugees from Syria. Malloy personally greeted a refugee family from Syria that arrived in Connecticut in November after Indiana Gov. Mike Pence, a Republican, told them they were not welcome in his state. The family — a mother, a father and their young son — attended the ceremony.

“I decided to raise my voice and to make it clear that not all Americans believe that people should be barred at our door because of their religion or because of the geography from which they come,” a choked-up Malloy said during a brief speech.

Malloy mentioned how his Irish Catholic family was inspired by JFK, the first Catholic president of the U.S., before saying the U.S. must be that “shining place” that never fails to lead.

Malloy said, “When people will rise up to defame a religious group or a gender group or women, then Americans of good principle and strong heart need to say, ‘Not in my land, not in any land.'” 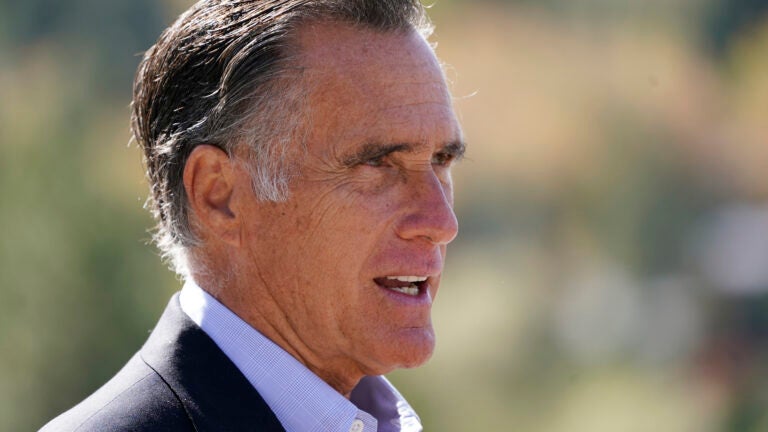 Romney gets Profile in Courage Award for impeachment vote