At last, LGBT rights activists got the answer they were looking for from Gov. Charlie Baker.

The Massachusetts governor announced Tuesday that he supports a state bill to protect transgender people from being discriminated against in restaurants, malls, and other public accommodations.

“No one should be discriminated against in Massachusetts because of their gender identity,” Baker said in a statement.

The news first broke Tuesday in an interview Baker gave to The Boston Globe.

“If the House bill were to pass in its current form, yeah, I would sign it,” Baker told the Globe.

The announcement follows months of resistance by Baker—a rare Republican among his national peers who supports gay marriage and abortion rights—to provide a definitive stance on the transgender bill. In April, the governor was uninvited from a national LGBT business gala and was booed off stage at another LGBT event after he refused to voice support for the proposed law. However, he has increasingly signaled he would support the bill.

“From the beginning,” Baker said his position has been, “that we don’t want people to be discriminated against.”

The bill would also allow people to use restrooms and locker rooms according to their gender identity. In his statement Tuesday, Baker said that the House version “addresses the concerns that some have with the bill by requiring the Attorney General to issue regulations to protect against people abusing the law.”

Unlike the Senate bill, the House version includes a provision that says the attorney general’s office shall provide guidance for legal action against “any person who asserts gender identity for an improper purpose.” Senate leaders have said they are open to the House’s bill.

Baker emphasized his support for the House version to the Globe, adding that it “supplies the right amount of clarity with respect to the public safety questions that other people have raised.”

Opponents, such as the socially conservative MassResistance and the Massachusetts Family Institute, have dubbed it the “bathroom bill” over concerns of allowing people into the restrooms of the opposite sex.

But Baker noted that all K-12 schools and most colleges had been operating under a policy “pretty similar” to the proposed bill for several years “without incident.”

“Transgender people in Massachusetts deserve full equality under the law, including the same protections in public places that are afforded to other groups,” Brown said. “Despite false claims from our opponents, there’s been absolutely no increase in public safety risks from providing these protections in the more than 100 cities and 18 states that have them on the books — many for decades.”

LGBT rights groups were not alone in welcoming Baker’s decision, however.

James E Rooney, the president and CEO of the Greater Boston Chamber of Commerce, which had lobbied in favor of the transgender bill, applauded Baker and said he looking forward to seeing the bill signed into law.

“People are very passionate when it comes to laws that impact human rights,” Rooney said, “and being on the wrong side of this issue can have serious implications on the business community in terms of the perceptions people have about whether or not a city is a safe and accepting place to live, work, visit or do business in.”

If and when Baker ultimately signs the transgender bill, Massachusetts would join the 18 other states and the District of Columbia that have banned anti-transgender discrimination in public accommodations. 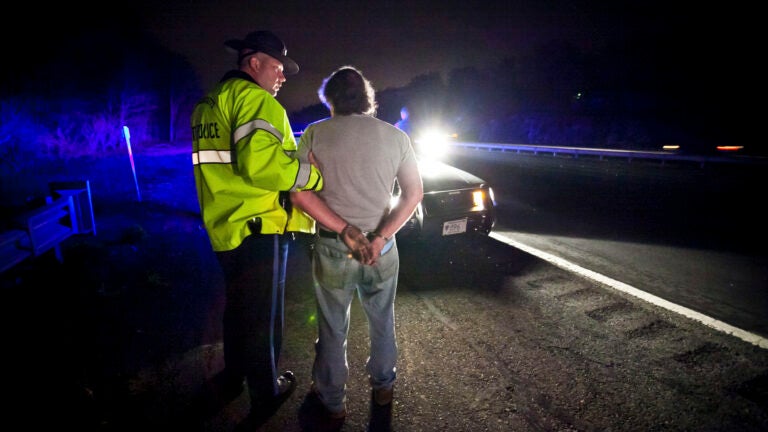