Bernie Sanders and his supporters have made no secret they believe the “corporate media” has been biased against them during the Vermont senator’s Democratic presidential bid (which appears this week to be winding toward an end).

The Sanders campaign has called into question the so-called “Bernie Blackout,” arguing that the media has “ignored” them relative to the coverage given to other candidates. Sanders supporters have even picketed outside CNN’s headquarters.

The anti-Sanders bent, Sanders argues, is not just quantitative, but also qualitative. A self-described democratic socialist, Sanders says that the corporate-owned media is inherently biased against the slate of issues his “revolution” is built upon due to their business interests.

Well, a Harvard study of the pre-primary media coverage released Monday shows that Sanders is right in his critique—and also wrong.

The study, conducted by the Shorenstein Center on Media, Politics and Public Policy at Harvard University, analyzed the coverage of the Republican and Democratic presidential candidates during 2015, or the “invisible primary,” during which the study asserts it is critical for candidates to increase their name recognition via press coverage.

“Out of mind translates into out of luck for a presidential hopeful in polls and in news coverage,” the authors write.

The study found that Sanders’s ability to gain traction nationally early on was crucially hurt by the media’s obsession with the Republican side of the race, chiefly Donald Trump (the Washington Post has a concise write-up of the study’s findings regarding the media and Trump’s rise):

Less coverage of the Democratic side worked against Bernie Sanders’ efforts to make inroads on Clinton’s support. Sanders struggled to get badly needed press attention in the early going.

By summer, Sanders had emerged as Clinton’s leading competitor but, even then, his coverage lagged. Not until the pre-primary debates did his coverage begin to pick up, though not at a rate close to what he needed to compensate for the early part of the year.

The study found that five Republican candidates—Trump, Jeb Bush, Ted Cruz, Marco Rubio, and Ben Carson—each got more coverage than Sanders during 2015 and that Clinton herself received three times as much press than the Vermont senator.

So, according to those findings, Sanders would appear to be justified about in his complaint about coverage quantity.

But with regards to the substance of that coverage, at least over the course of 2015, Sanders was on less solid ground.

“Sanders was the most favorably reported candidate—Republican or Democratic—during the invisible primary,” the study said.

Once his campaign got off the ground, the study found the tone “shot into positive territory” before falling in October. The study attributes the slip to Sanders performance in the debates; October was also the time that the Clinton and Sanders campaigns first began attacking each other.

This figure from the Shorenstein Center shows the month-to-month tone of media coverage of Bernie Sanders in 2015.

Even when it came to the issues, which Sanders has derided the media for ignoring, his policies were a source of good news for the campaign, even if they only made up 7 percent of his total coverage. From the study:

News statements about Sanders’ stands on income inequality, the minimum wage, student debt, and trade agreements were more than three-to-one positive over negative. That ratio far exceeded those of other top candidates, Republican or Democratic.

In comparison, though Hillary Clinton received the benefit of a higher volume of coverage, she was suffered from the least favorable coverage among leading presidential contenders in both parties, the study found. In fact, there was only one month (October) in all of 2015 in which she received more favorable coverage than unfavorable. And while journalists did devote 28 percent of Clinton’s coverage to the former secretary of state’s issues, 84 percent of that coverage was in a negative tone.

One did not, however, hear Bernie Sanders or his supporters complaining about that. 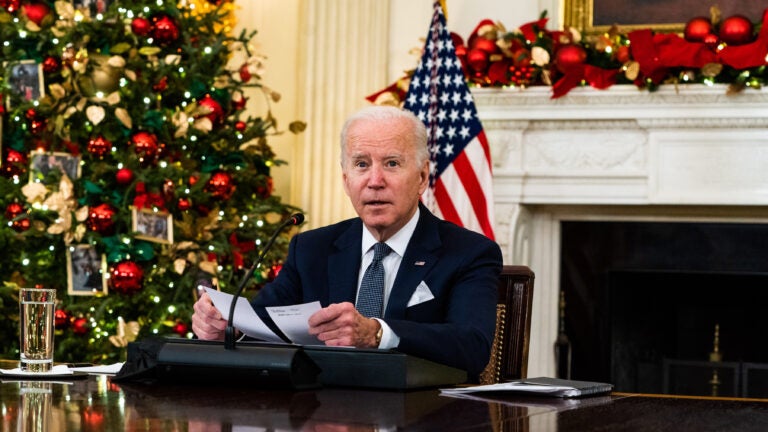