After a solid month break, Elizabeth Warren and Donald Trump are back at it again on Twitter.

The two rekindled their social media spat over the weekend after Warren ripped into Mike Pence, who Trump introduced as his vice presidential pick Saturday, for the Indiana governor’s record on LGBT rights and women’s health.

.@realDonaldTrump & @mike_pence are a perfect match: Two small, insecure, weak men who use hate & fear to divide our country & our people.

Referring to Trump’s history of making degrading remarks toward women, the Massachusetts senator tweeted, in all caps, “OF COURSE,” he would pick a running mate “who is famous for trying to control women’s bodies.”

Warren went on to say that Trump and Pence’s “sexism” was “in line” with the party’s platform.

The @GOP platform is the most anti-choice ever: defund @PPFA & denounce all abortion. Even cases of rape, incest & woman’s potential death.

She also blasted Pence for the “religious freedom” law he signed in Indiana, which he later revised amid national scrutiny, that critics said allowed businesses to discriminate against the LGBT community.

And OF COURSE @realDonaldTrump – a guy who “[doesn’t] feel good” about marriage equality – picked a VP famous for LGBT discrimination.

Trump fired back just after midnight Sunday, calling Warren the “the least productive” member of the U.S. Senate and said she “must prove she is not a fraud,” alluding to allegations that she used claims of Native American heritage to gain a career advantage.

He continued down that path later Sunday morning and goaded Hillary Clinton to pick Warren, reportedly on the presumptive Democratic presidential nominee’s VP shortlist, as her running mate.

I hope that Crooked Hillary picks Goofy Elizabeth Warren, sometimes referred to as Pocahontas, as her V.P. Then we can litigate her fraud!

If Goofy Elizabeth Warren, a very weak Senator, didn’t lie about her heritage (being Native American) she would be nothing today. Pick her H

Not to be outdone, Warren responded in turn Sunday in a tirade of tweets, lambasting Trump for reusing the same taunts and turning the real estate mogul’s “fraud” attack line back at him.

Nasty name-calling & lies about my family aren’t going to shut me up, @realDonaldTrump. Is that really all you’ve got?

Pres Reagan’s Solicitor General was the Harvard prof who hired me, @realDonaldTrump. He says your right-wing conspiracy theories are a lie.

Citing previous employers who say Warren was hired based on her merits, the former Harvard Law School professor argued that it was instead Trump who was a fraud.

It might blow your mind that a woman worked hard & earned a good job on her own, @realDonaldTrump, but it’s not the 1800s. It happens.

You want to talk about who’s a fraud, @realDonaldTrump? How about this? https://t.co/5UB05u8L4x pic.twitter.com/sTQrNKOoA1

“Or this,” Warren continued with a succession of tweets, linking to news articles about alleged tax fraud involving Trump’s real estate projects, his dubious charity claims, and multiple stories regarding lawsuits accusing the defunct Trump University of fraud.

“Seriously, I could do this all day,” she concluded.

The ongoing feud likely won’t end anytime soon. Warren is set to appear on a live broadcast of The Late Show with Stephen Colbert Thursday night, just after Trump’s acceptance speech at the Republican National Convention in Cleveland.

Only 113 days to go until election day. 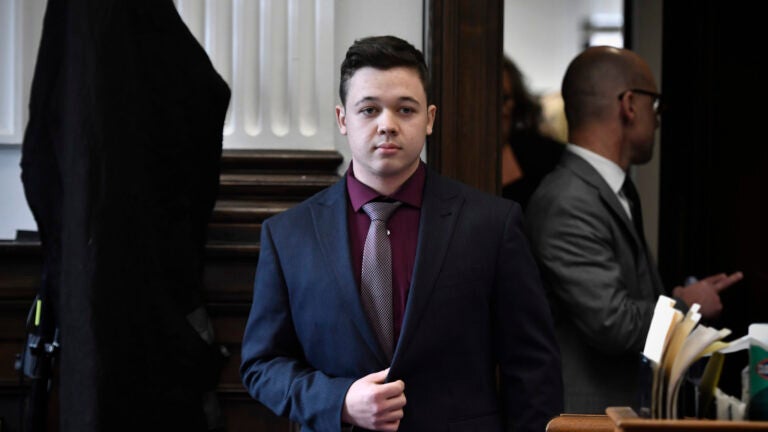