Well this would make for an awkward Democratic ticket.

Last week, The New York Times reported that James Stavridis—formerly a Navy admiral and supreme allied commander at NATO, and currently the dean of the Fletcher School at Tufts University—was being vetted by Hillary Clinton’s campaign as a potential running mate.

In a interview Tuesday on Fox News Radio’s Kilmeade and Friends, as first reported by BuzzFeed News, Stavridis said he was leaning toward voting for the former secretary of state.

“At this point, I would say that I would lean toward Secretary Clinton from everything I’ve seen thus far,” said the retired admiral. Pushed on the choice, he later added: “I am very comfortable with making that decision in the privacy of my own home.

Earlier in the interview, when asked about the reports of his vetting, Stavridis was largely dismissive of the possibility of being Clinton’s running mate and said he was happy at his job at Tufts.

“On a good day, I stand about 5-foot-5, and when they called me up and said ‘Hey, you’re on the shortlist,’ I thought, ‘You must be talking about my height,'” Stavridis joked. “The other problem I have is it’s very tough to get ‘Stavridis’ to fit on a bumper sticker.”

Stavridis touted the fact that he was a registered independent and had voted both Democratic and Republican in past elections.

“I try to judge each election on the candidates in front of me and make an informed decision as a citizen and that’s what I would expect everyone to do.”

On who most represented his views, Stavridis deferred and said he would encourage voters to look at the candidates’ experience, temperament, and team. 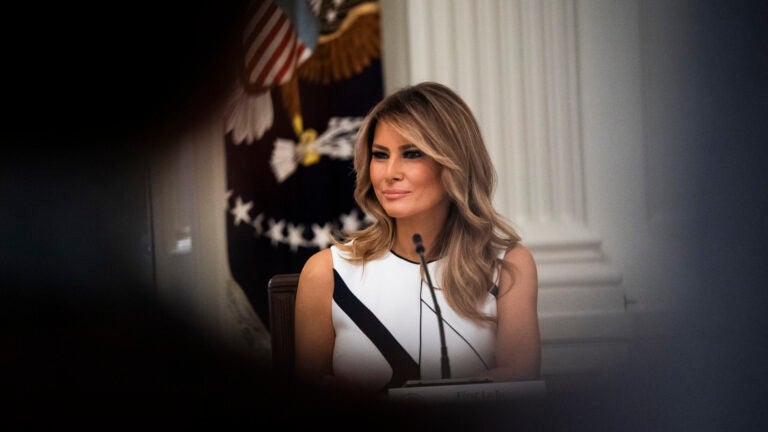 Melania Trump is about to give her biggest speech in four years. The Trump campaign hopes she can be its secret weapon.