The central, obvious debate over marijuana policy that Massachusetts voters will decide in November is whether or not to legalize and allow companies to sell it. The factions on either side — Yes on 4, the pro-legalization campaign, and the opposition Campaign for a Safe and Healthy Massachusetts, which is backed by some of the state’s highest-profile politicians — have begun to present more nuanced arguments. But at its heart, the conflict boils down to the legality of toking up and the sale and taxation of pot.

But the dispute between the two campaigns is not the only marijuana conflict playing out ahead of Election Day. In some cases, people who are nominally for reforming marijuana laws are against the legalization effort.

In theory, Massachusetts medical marijuana companies have reason to support legalization: They’d get the first crack at opening for retail sales. And as of late last year, several people or companies with ties to the medical industry had donated money to the pro-pot campaign.

Delaney says he plans to work in a separate and secondary role to the Campaign for a Safe and Healthy Massachusetts, which launched to much greater publicity a few months after Delaney’s committee formed. Delaney says he does not oppose legalization in principle, but that he takes issue with certain aspects of the law on the table this fall — namely, a measure allowing individuals to grow marijuana plants at home and provisions that he says limit local control over whether dispensaries can open in given communities.

“I think I’m demonstrably not in the ‘marijuana is evil’ camp,” he said. “I can talk to people who, even if they’re pro-recreational folks, I can say, that may be fine but this isn’t the way to do it.”

Delaney’s clients include Patriot Care, the Massachusetts subsidiary of the national Columbia Care medical marijuana company and the only operating medical shop in the city of Boston. That company has not gotten behind the legalization push and says it is only interested in the medical market.

Delaney says his opposition to recreational legalization is not related to his lobbying work. Dennis Kunian, a vice president at Patriot Care, says the company did not encourage Delaney to start the campaign and does not take a position on the ballot initiative.

But Kunian was seen at a fundraiser held by Delaney for the campaign in June. Kunian says he was there to support Delaney as a friend and that neither he nor Patriot Care donated or will donate to the effort. Financial disclosure filings are due later this week.

Steve Epstein, a longtime marijuana activist and attorney, says he absolutely will not vote in favor of Question 4 — even though he has been among the leading voices for legalization in Massachusetts for decades.

Epstein’s political beliefs are staunchly libertarian, and he thinks the proposed law would add too much bureaucracy, taxation, and government oversight. Last year, he led a separate effort to get pot on the ballot, proposing a very different question from the one Massachusetts voters will see in two months. His proposal essentially treated marijuana as an agricultural product that, unlike the current ballot initiative, would have let practically any retailer sell it, did not impose any new taxes or create a new body to oversee the industry, and set no limits on the number of plants that could be grown at home.

Most of the supporters of his initiative, which ultimately failed to qualify for the ballot, have transitioned to back Yes on 4’s approach under the rationale that it’s better than today’s illegal system. Jim Borghesani, a spokesman for Yes on 4, said he thinks voters like Epstein are few and far between. Local organizations that have long supported legalization, including the Massachusetts Cannabis Reform Coalition, which Epstein worked with for two decades, now support Question 4, he said.

“We couldn’t be more proud to have them on our side,” he said. “They know that now, because of their hard work, they’re on the precipice of possibly making this happen.”

But Epstein says there are others like him — strong believers in marijuana legalization who also strongly disapprove of the form of legalization before them.

“I have a sense that there are people like me who will be taking the same principled position,” he said. “It’s so small that it will not show up in the polls but it might make a difference.”

Even so, Epstein bristles at the notion that he’s become an unlikely ally of the anti-legalization campaign.

“I don’t consider myself in bed with the reefer madness — and the unprincipled reefer madness at that,” he said. “My objections are specific to the specifics of the proposed law.” 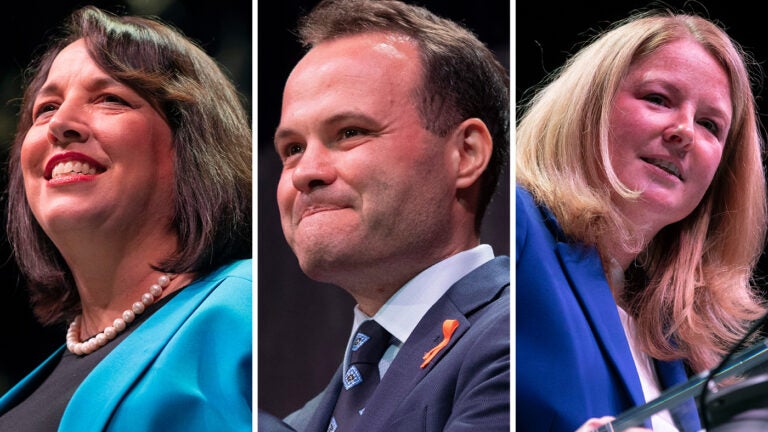