As the 2016 presidential campaign heads into its final stretch, Elizabeth Warren is back on the stump for Hillary Clinton for the first time since the Democratic National Convention in July.

The Massachusetts senator will join U.S. Senate candidate Katie McGinty at an event at the University of Pennsylvania in support of Clinton and Democratic candidates “up and down the ballot.” McGinty, a former government official on the environment, is running in a tight race against incumbent Republican Sen. Pat Toomey.

With 20 electoral votes, Pennsylvania is also viewed as a potentially decisive state in the presidential election. Recent polls show Clinton with a consistent, single-digit lead against Trump in the Keystone State.

“Donald Trump is so afraid that he is going to lose to a girl that he is sweating right through his cheap-quality Trump ‘Made in China’ suit,” she said, according to The Boston Globe.

Not up for re-election until 2018, Warren is expected to be an active campaigner and fundraiser on the behalf of Clinton and down-ballot Democratic candidates, as she was in 2014. This cycle, however, she has also taken on the responsibility of frequently bashing Trump. 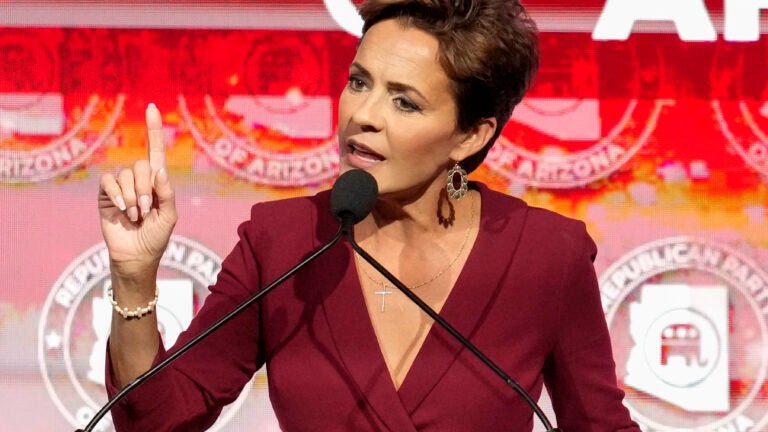