After Schilling, a Medfield resident, hinted interest in a 2018 bid for U.S. Senate last month, a WBUR poll surveyed Massachusetts residents (more than two years in advance) on how the former professional athlete-turned-amateur pundit would fare against Sen. Elizabeth Warren.

According to the poll results Wednesday, 54 percent of likely voters said they would likely support Warren, while 29 percent said they would be more likely to support Schilling.

For what it’s worth, Warren, whose term is up at the end of 2018, has yet to officially announce her intentions to run for re-election.

In a radio interview last month about his political aspirations, Schilling said he would “like to be one of the people responsible for getting Elizabeth Warren out of politics.” Warren literally shrugged, when asked about Schilling’s comments.

It’s not the first time Schilling, a registered Republican and supporter of Trump, has publicly pondered a run for elected office. In 2009, shortly after the death of Sen. Ted Kennedy, the then-recently-retired Schilling said he was interested in running for the open Senate seat as a Republican.

Schilling ultimately deferred, though he may have missed his best chance at statewide office in the deeply Democratic Bay State. Kennedy’s seat was subsequently won by Scott Brown in a special election, before being won back for the Democrats by Warren in 2012.

Schilling’s statewide favorability was last polled in 2009 by Suffolk University, which found that 29 percent of voters viewed the pitcher favorably, compared to 39 percent who viewed him unfavorably.

Since retiring from the Red Sox in 2008, Schilling went on to launch a video game company, which collapsed in 2012, and joined ESPN as a baseball analyst in 2010. He was fired from the company last April for sharing a transphobic political meme on Facebook.

He continues to post politically-charged memes on social media, as well as delightful videos with his alpacas. 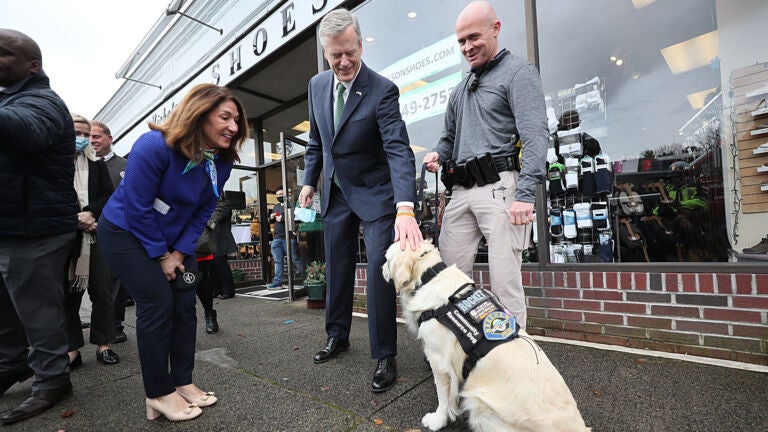 What if Charlie Baker ran as an independent? A new poll suggests it’s his ‘most viable path.’