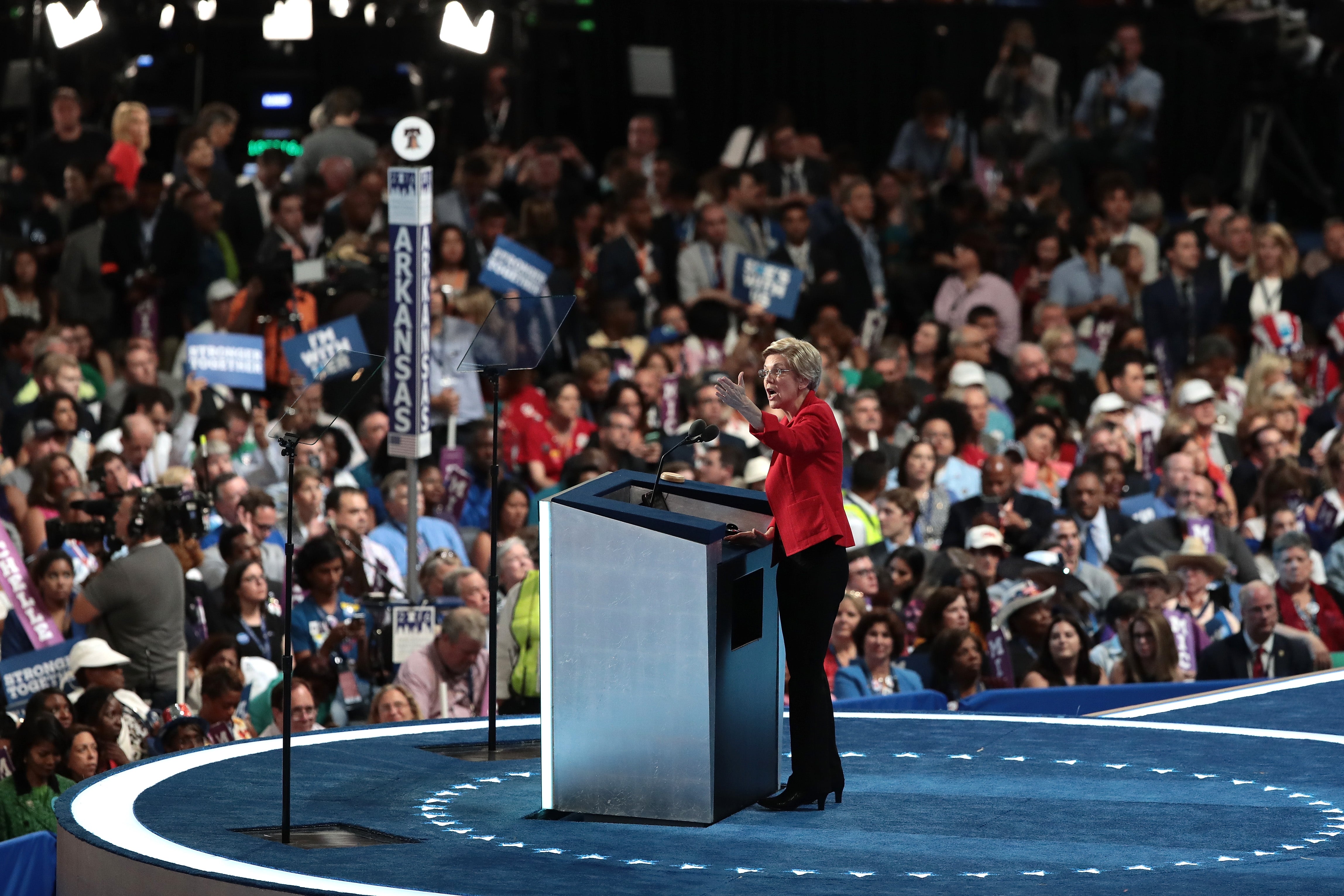 And she’s banking political capital that she could end up spending in ways that make Clinton and other Democratic leaders uncomfortable.

Already Warren has been laying down markers for Clinton, in public and private, to consider activist progressives over Wall Street allies for appointments to key financial positions like Treasury secretary. The months to come will tell whether Warren serves as ally, antagonist, or both, to a new Democratic president and leadership in Congress.

Warren’s stature has never been more evident. The wind-down of Vermont Sen. Bernie Sanders’ presidential campaign has left her onstage as arguably the most influential liberal politician in the country.

She gets rock-star treatment from Democrats everywhere she goes. “This is bucket list territory. … She is a hero!” Judy Baker, Democratic candidate for Missouri state treasurer, shouted to an excited crowd in Kansas City, Missouri, before Warren appeared last Friday with Senate candidate Jason Kander.

She’s emerged as one of Donald Trump’s most pointed antagonists, attacking him over Twitter and goading him into labeling her Pocahontas, a reference to her disputed claim of Native American heritage.

And hacked emails from Clinton’s campaign chairman, John Podesta, show just how anxious the Clinton team has been about keeping her happy. In one email, campaign manager Robby Mook frets about how it would be “such a big deal” for an early meeting between Warren and Clinton to go well. In another exchange, Clinton adviser Dan Schwerin details a lengthy meeting with Warren’s top aide, Dan Geldon, in which Geldon makes the case for progressive appointments to financial positions.

It all underscores Warren’s role as what allies call the “north star” of the Democratic Party. Thanks to Sanders’ candidacy and her influence, many Democrats say the party’s center of gravity has moved to the left, away from centrist policies on health care and entitlements in favor of embracing expanded Social Security, a higher minimum wage, debt-free college and a new government insurance option in Obama’s health law.

Now the question is how Warren, 67, will use her influence if Clinton becomes president. With Sen. Chuck Schumer set to become the Democratic leader in the Senate, the party would have two New Yorkers with Wall Street ties in top roles.

At the same time, a whole group of Democratic senators from red states like North Dakota, West Virginia and Montana will be up for election in 2018. Will liberal policies on wages, tuition and other issues resonate in those states?

“The way I see this, Hillary Clinton has run on the most progressive agenda in decades, so I think it’s the job of progressives like me to help her get elected on that agenda and then help her enact that agenda,” Warren said in a brief phone interview Friday in Missouri.

As for her advocacy on appointments, Warren said: “There’s no ‘hell no’ list. But I’ll say the same thing publicly that I’ve said privately — personnel is policy. Hillary Clinton needs a team around her that is ambitious about using the tools of government to make this economy work better for middle class families. That happens only if she has the right people around her.”

As a freshman senator in the political minority, Warren has found creative ways to use her influence outside the creaky legislative process. She’s gone public to needle the executive branch for action on issues like overtime rules and for-profit colleges, getting results. After she lectured the chief executive of Wells Fargo and told him to resign, he did.

Within the insular confines of the Senate, according to lawmakers and staff, Warren is more popular than the gruff Sanders. She is willing to listen, collaborate, and compromise. She uses her star power judiciously. During budget negotiations last month, for example, she pushed Democratic leaders to use must-pass legislation to undo a measure supported by Majority Leader Mitch McConnell that blocks the SEC from requiring corporations to disclose political spending.

The effort was ultimately unsuccessful, but Warren’s advocacy kept the issue alive through final negotiations and likely ensures that it comes back up again.

Many Democrats would like to see Warren run for president someday, even four years from now, but if Warren is thinking that far ahead she is not saying. She may have a political contest closer to home: Former Red Sox star Curt Schilling said in an interview on WPRO radio in Providence, Rhode Island, Tuesday that he will run against Warren in 2018, if he gets permission from his wife.

Either way the ideas she advocates are at the center of the national debate and could be so for election cycles to come.

“Part of what independent voters want and swing voters want is conviction and a willingness to stand up to powerful interests,” said Democratic Sen. Brian Schatz of Hawaii. “So you probably won’t be running in a red state as a full-on Elizabeth Warren Democrat, but you may well be running on some of her ideas.” 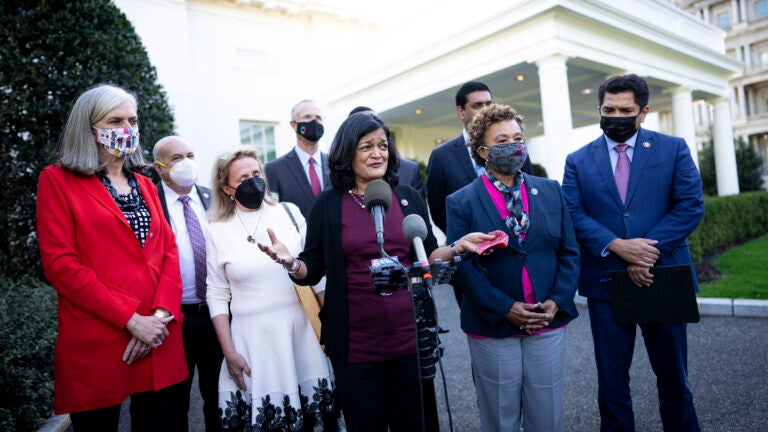