As the 2016 presidential campaign winds into its final days, Donald Trump will make his 10th and 11th visits to New Hampshire since clinching the Republican nomination in June.

The latter visit—an Election Day eve rally at the same venue former GOP nominee Mitt Romney made his last stand in 2012—comes the same day that President Barack Obama will be campaigning in the state for Democratic nominee Hillary Clinton.

The first of Trump’s two visits will be for a rally Friday in Atkinson. The public rally, located at the Atkinson Country Club, is set to begin at noon.

Trump will then return to the state Monday for an 8 p.m. rally at the SNHU Arena (formerly the Verizon Wireless Arena) in downtown Manchester. In 2012, Romney gave an emotional speech before thousands of supporters at the Manchester arena, in what was the GOP candidate’s final campaign rally. Presumably, Trump is hoping his fortunes will not be the same as that of his predecessor.

Despite consistently trailing Clinton in New Hampshire polls, Trump has out-visited his Democratic counterpart in the state. Clinton has held three public New Hampshire events since clinching her respective nomination.

According to FiveThirty Eight, there is a 72 percent chance New Hampshire, which has voted for the Democrat in the last three presidential elections, will be won by Clinton. Despite carrying just four electoral votes, the state is considered crucial for Trump’s chances of winning the national election.

“He really has to win New Hampshire,” Andrew Smith, a pollster for the University of New Hampshire Survey Center, recently told CNN. “Trump doesn’t have much margin for error at all in this race.” 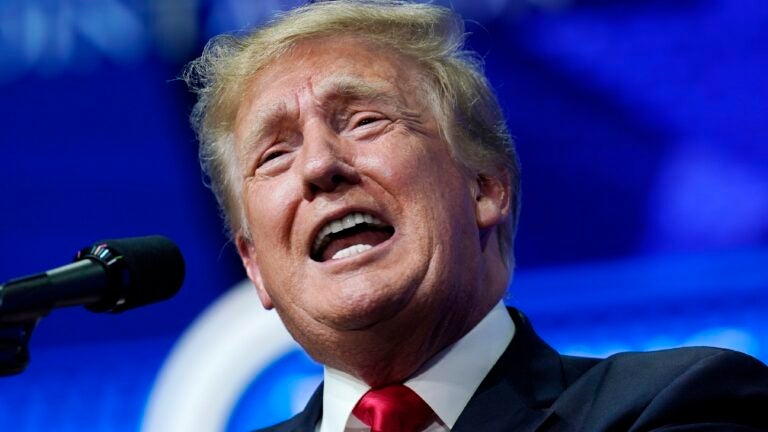