Donald Trump read a letter he claimed was from Patriots head coach Bill Belichick at a New Hampshire rally Monday night, in which the coach called Trump the “ultimate competitor and fighter.” According to multiple reports, Belichick really did write that letter.

Tom Curran of CSNNE and Steve Burton of WBZ both reported Tuesday morning that Belichick did indeed send Trump a letter, with Burton saying that the words Trump read Monday night were Belichick’s words.

Bill Belichick did indeed write Donald Trump a letter. The letter Trump read from Belichick is accurate. Those were Bill’s words. #WBZ

Though the coach has never publicly commented about Trump’s candidacy, his longtime girlfriend Linda Holliday posted a photo of her and Belichick with “our good friend Donald Trump” earlier this year.

Trump referenced the letter from Belichick and reiterated that quarterback Tom Brady also voted for him on Fox and Friends Tuesday morning.

On @foxandfriends, Trump repeats claim that Belichick wrote him a letter and that Belichick/Brady endorsed him: pic.twitter.com/dftSqjpiI0

The town of Brookline election office confirmed to The Boston Globe that the quarterback voted by absentee ballot on Monday morning, but not who Brady voted for. Meanwhile, when an Instagram commenter asked Brady’s wife Gisele Bundchen whether “you and Tom were backing Trump,” the model replied “NO!” According to the Globe, Brookline town officials say Bundchen is not registered to vote in Brookline. 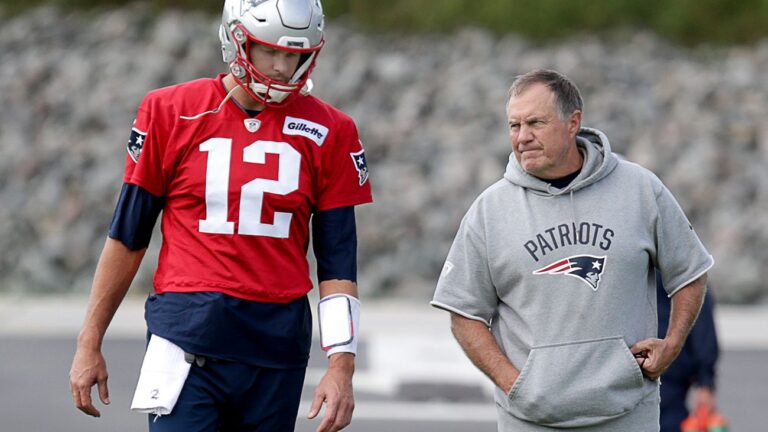