Bernie Sanders spoke at an event Sunday in Boston and perhaps made more headlines than expected.

And now, exclusive video of the full speech at Berklee College is available courtesy of WGBH News’s Forum Network.

The Vermont senator, whose Democratic presidential campaign caught fire among the grassroots earlier this year, was at Berklee College to speak about his vision for the future of the progressive movement, particularly during Donald Trump’s presidency.

Sanders also urged the Democratic Party to “go beyond identity politics,” as Boston magazine reported at time, after an audience member asked for tips on becoming the second Latina senator.

Watch that exchange about 39 minutes and 20 seconds into the video. 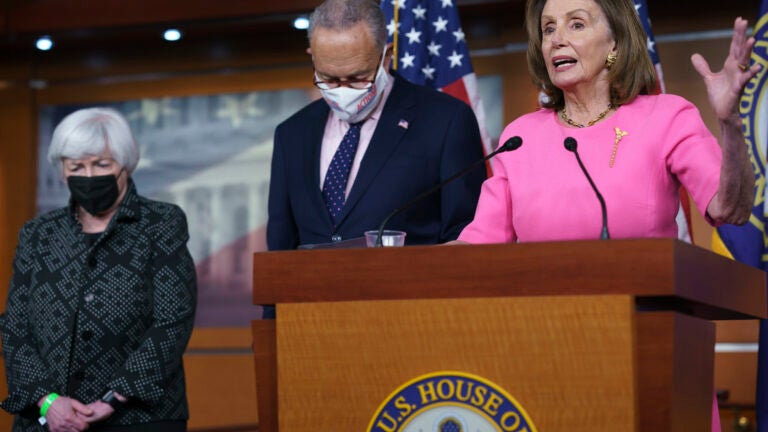 Sign of progress, Biden digs in to strike deal on $3.5T plan