Shortly before the election, President-elect Donald Trump laid out a 100-day plan articulating his administration’s top priorities. Of the 18 commitments, one concrete pledge hit very close to Boston’s borders.

Somerville—like its neighbor, Cambridge—is considered a “sanctuary city,” a catch-all term for cities that do not cooperate with federal efforts to detain undocumented immigrants. If Trump cut the city’s $6 million in federal funds, that would amount to three percent of Somerville’s annual budget. That money pays for public services including special education, school lunch programs, substance abuse prevention and homeland security.

In the days after Trump’s election, both cities reiterated their commitment to remaining sanctuary cities despite the president-elect’s threats.

“We will tighten our belts, but we will not sell our community values short,” Somerville Mayor Joseph Curtatone recently said.

But a somewhat obscure legal precedent in federal court could help Somerville and other sanctuary cities fight back.

According to the anti-commandeering doctrine, it’s unconstitutional for the federal government to impose “targeted, affirmative, coercive duties” upon state or local government officials. And if Trump follows through on his pledge, sanctuary cities could use it to take on—and perhaps beat—the administration in federal court.

As an attorney in California—one of four sanctuary states—recently pointed out, the doctrine explicitly outlaws the type of retributive threat Trump has floated. Even if the Republican-controlled Congress passed a bill to follow through on the pledge, it could be seen as an infringement on states’ rights.

Torrey, whose background is in immigration law, says it would be “difficult, if not impossible” for Trump to force sanctuary cities to enforce federal immigration efforts at the risk of losing large amounts of federal funding.

The precedent was set in a 1997 Supreme Court case known as Printz v. United States, in which the conservative majority of justices struck down part of a gun control bill because it forced local law enforcement to administer part of the federal legislation’s background check program.

“The Court held that the federal government cannot force states to expand Medicaid as part of the Affordable Care Act by withholding or threatening to withhold funding for existing Medicaid programs,” Torrey said. “Writing for the majority, such federal action was likened to a ‘gun to the head’ of states by Chief Justice Roberts.”

Torrey notes that there are instances in which the federal government can withhold funding from states, but the condition must be unambiguously stated, sufficiently related to the government’s interest and not “unduly coercive.” For example, a 1987 case, South Dakota v. Dole, upheld a provision in the National Minimum Drinking Age Act that withheld five percent of federal highway funds to states that did not raise the drinking age to 21.

“The Court held that such a provision was permissible because, in part, it only withheld a small percentage of funding so while it applied some pressure on states it was not unduly coercive,” Torrey said.

According to the Harvard professor, cities like Somerville could demonstrate “such an action is unconstitutional because it is not related to a federal interest and/or it is unduly coercive.”

And if the Trump administration or Congress tried to do it anyway, sanctuary cities could sue. Somerville isn’t ruling it out.

“As the discussion around this issue progresses, we will continue to weigh and consider all potential options, including legal options, moving forward,” Jaclyn Rossetti, a spokeswoman for the city, said in an email. 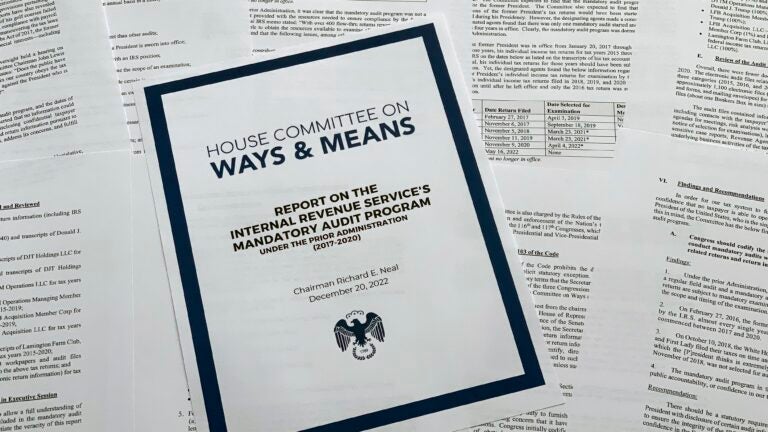