The writers over at The Onion seem to be big fans of Secretary of State John Kerry.

In its latest take on the former Massachusetts senator, the website—known for its at times absurdest satire—depicts the ever-diplomatic Kerry bare-knuckles brawling in the basement of a Bangkok prison.

“Bloodied, Bruised John Kerry Emerges Victorious At Kickboxing Tournament In Bangkok Prison,” read The Onion’s headline Wednesday, along with a photoshopped picture of an indeed-bloodied Kerry.

Judging by the website’s previous articles, The Onion has a fantastically dramatic idea of Kerry’s day-to-day duties as the United States’ top diplomat. Here’s a sampling of other headlines from just the past few months:

It goes on, complete with more photoshopped Kerry artwork.

While Kerry’s extensive travels as secretary of state have certainly been picturesque, he’s mostly kept to cycling rather than kickboxing. 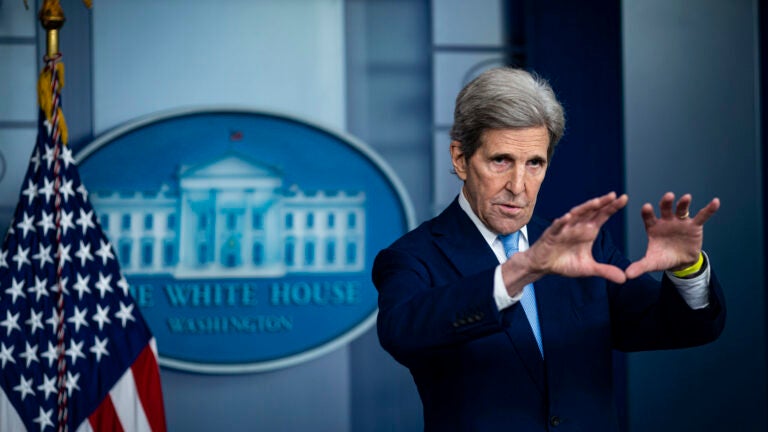