WASHINGTON — The speed of Republican efforts to repeal the Affordable Care Act has stunned health industry lobbyists, leaving representatives of insurance companies, hospitals, doctors and pharmaceutical makers in disarray and struggling for a response to a legislative quick strike that would upend much of the American health care system.

The Senate is expected to take the first step by Thursday morning, approving parliamentary language in a budget resolution that would fast-track a repeal bill that could not be filibustered in the Senate. House and Senate committees would have until Jan. 27 to report out repeal legislation. Health insurance and health care for millions of Americans are at risk.

But far from reflecting the magnitude of the moment, the most prominent message from lobbyists that lawmakers saw in their first week back at work was a narrowly focused advertisement from the U.S. Chamber of Commerce demanding the repeal of “Obamacare taxes,” especially an annual fee imposed on health insurance companies to help pay for the expansion of coverage under the health law.

“More than 20 million people could lose their health insurance, and states could lose billions of dollars in Medicaid money,” said Kenneth E. Raske, the president of the Greater New York Hospital Association. But, he added, many health care executives “don’t want to get on the wrong side of the new administration or the Republican majority in Congress.”

Health care professionals are not totally silent, but industries that were integral to the creation of the Affordable Care Act in 2010 are keeping their voices down as Republicans rush to dismantle it. Some Republican lawmakers are openly fretting about their leaders’ repeal strategy, saying they must develop an Affordable Care Act replacement before they repeal it. Five Republican senators proposed Monday to extend the deadline for drafting repeal legislation by five weeks, until March 3. One of the five, Sen. Bob Corker of Tennessee, said the extra time would allow Congress and the Trump administration to “get the policy right” as they try to arrange a smooth transition to a new system of health coverage.

But the naysayers are getting no cover from a major lobbying and advertisement blitz like the ones that blanketed the airwaves in 2009 and 2010.

To block the repeal effort, said Sen. Richard J. Durbin of Illinois, the No. 2 Senate Democrat, “we need two or three Republicans to join us.”

Doctors are telling Congress to proceed with caution, insisting that no one should lose coverage. The American College of Physicians, representing 148,000 specialists in internal medicine, has sent letters to senators urging them to “vote no” this week on the budget resolution.

Hospitals were expecting to receive tens of billions of dollars in additional revenue for treating people who were newly insured under the health law, and they are alarmed at the prospect that it may now be repealed. But, they say, if Congress rolls back the expansion of coverage, it must also restore tens of billions of dollars that the health law cut from Medicare payments to hospitals.

Top executives from state hospital associations will fly to Washington this week to develop their strategy. Many also plan to visit offices on Capitol Hill, where they will warn of the potential damage if Congress repeals the health law without guaranteeing similar coverage for those who would lose it.

A coalition of consumers and liberal advocacy groups is spending more than $2 million on television advertisements urging Congress to stop its attack on the law. The ads, by the Alliance for Healthcare Security, are aimed at a handful of Republican senators, including Lisa Murkowski of Alaska, Jeff Flake and John McCain of Arizona, Susan Collins of Maine, Dean Heller of Nevada, Lamar Alexander and Corker of Tennessee, and Shelley Moore Capito of West Virginia.

But by Washington standards, that is a pittance. Pharmaceutical Research and Manufacturers of America, an industry lobbying group, set aside $150 million in 2009 to support the law’s passage.

Some lobbyists have tacitly accepted the likelihood that major provisions of the health law will be repealed, setting their sights instead on shaping its replacement. They fear that if they come out strongly in opposition to repealing the law, they will lose their seats at the table as congressional Republicans and the Trump administration negotiate a replacement.

For now, passage of the budget resolution this week looks likely. The real fight is expected to come two to three weeks from now, when two House committees and two Senate committees produce legislation to repeal the Affordable Care Act and must answer to Republicans who say a replacement measure must be ready at the same time.

At least a half-dozen Republican senators have expressed doubts about the Republican leadership strategy of using the budget resolution to fast-track legislation to repeal the law, with a delayed effective date to allow time to find a replacement in the future.

“Repeal and replacement should take place simultaneously,” Corker said last week. Sen. Tom Cotton of Arkansas said on MSNBC, “It would not be the right path for us to repeal Obamacare without laying out a path forward.”

Members of the hard-right House Freedom Caucus are also pressing leaders to embrace a replacement bill before they eviscerate the existing law.

And that concern is not confined to Congress. Gov. John R. Kasich of Ohio, a Republican, has also warned Congress against repealing the law without a replacement. What, he has asked, will happen to the 700,000 people who have gained coverage under the expansion of Medicaid in Ohio?

Sen. Rand Paul, R-Ky., said that he spoke Friday with President-elect Donald Trump, and that Trump agreed a replacement measure must be ready.

“I think he consistently has said, and I think many people who look at this say, ‘Gosh, you’re going to repeal this huge, dramatic thing and not have a replacement on the same day?’” Paul said Monday. “I mean, doesn’t make a lot of sense to do that.”

Many of the lobbyists who might have slowed the process appear flummoxed, in part because they were expecting Hillary Clinton to win the election.

Some companies, anxious about changes in health policy, said they were afraid to speak out because they feared that Trump would attack them on Twitter, as he has badgered Boeing, Ford, General Motors, Lockheed Martin and Toyota.

Marilyn B. Tavenner, the chief executive of the leading lobby for insurers, America’s Health Insurance Plans, is in a particularly awkward position. As an Obama administration official from 2010 to 2015, she led work on the health law, issued rules to carry it out and often defended it on Capitol Hill. In December 2015, Speaker Paul Ryan of Wisconsin pointed to her as an example of how federal officials passed through a revolving door to work for companies they once regulated.

“If the insurance industry does not understand how Obamacare works, why not hire the person who ran it?” Ryan said in a gibe at Tavenner that drew laughter from his audience at the Library of Congress.

Tavenner said the requirement for people to have insurance — the individual mandate — was likely to be eliminated. But, she said, to stabilize the market, Congress should maintain “subsidies for low- and moderate-income individuals to purchase insurance and financial help for plans that enroll high-cost individuals, through at least Jan. 1, 2019.” She is also asking Congress to kill the tax on insurers, which has already been suspended for 2017.

Kaiser Permanente, the managed care company that serves more than 10 million people, declined to comment specifically on Republican plans to repeal the Affordable Care Act. Instead, it offered a statement of general principles saying that people should have access to health care and that “we must continue to accommodate those who have pre-existing conditions.”

George C. Halvorson, a former chief executive of Kaiser Permanente, said insurers were guarded in their comments because the current environment was “extremely politicized.” He predicted they would have more to say when Congress turns to the task of devising a replacement for the law.

“You need to make your point when it will have optimal impact,” Halvorson said.

Lobbyists for the Blue Cross and Blue Shield Association have been more active and outspoken.

They support changes to the health care law because, they say, premiums and deductibles are too high and commercial insurers have been dropping out of the public insurance marketplaces. One-third of counties in the United States have only one insurer offering coverage in the marketplace, they say, and in many cases, it is a Blue Cross plan.

But Blue Cross lobbyists expressed alarm that Congress or a federal court might eliminate the cost-sharing subsidies that the government pays insurers to reduce out-of-pocket costs for low-income people. Without these payments, Blue Cross wrote in a primer delivered to congressional offices, consumers will see “significant premium increases in 2018, making coverage even more unaffordable for millions of working Americans.”

While defenders of the Affordable Care Act try to figure out a strategy, conservative groups are pressing hard for full repeal of the law as soon as possible. Among them are Heritage Action for America, an offshoot of the Heritage Foundation, and Freedom Partners, a conservative group backed by billionaire brothers Charles G. and David H. Koch. 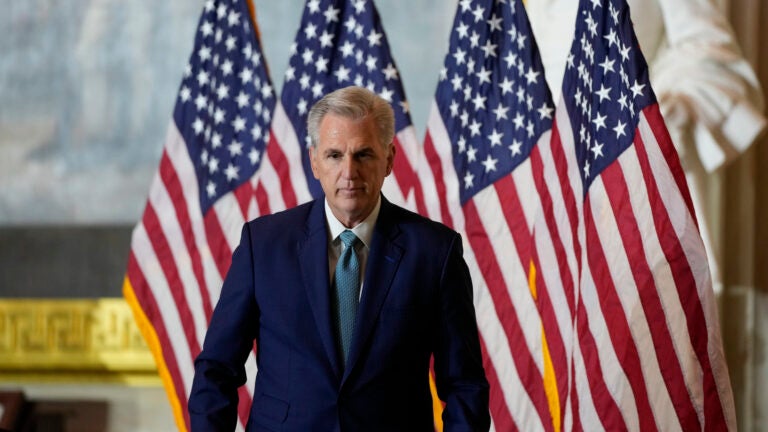