It’s a quibble for sure. But as countless broadcasters and chyrons across pronounced Donald Trump the 45th president of the United States on Friday, it’s worth noting a particular distinction:

Trump will not be the 45th person to be the country’s president. He’ll actually be the 44th.

Cleveland was inaugurated in 1885, but after serving one term lost his re-election campaign in 1888 to Benjamin Harrison (one of the five presidential candidates to win, despite losing the popular vote). Not to be discouraged, Cleveland ran again in 1892 against his successor, and won. He served his second term from 1893 to 1897.

Thus, Cleveland is known as both the 22nd and 24th American president.

Jim Bendat, one of the leading historians on presidential inaugurations, says there’s no great answer, but the reason is mostly logistical.

“Some historians didn’t want the 22nd president appearing both before and after the 23rd, and also didn’t want [President William] McKinley (who succeeded Cleveland’s second term) to be numbered 24, making it appear he would have been after Benjamin Harrison,” Bendat told Boston.com in an email Friday.

So, there you have it. Don’t let the newscasts fool you, Trump is only the 44th person to be sworn in as president. 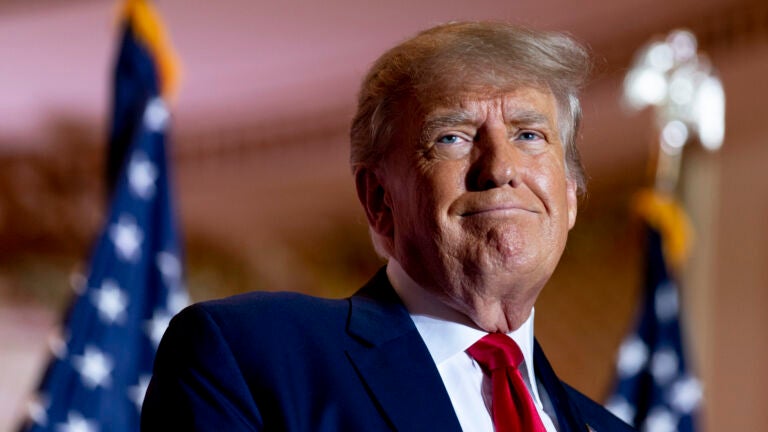