The order, which was temporarily and partially halted by several federal judges, had led to more than a hundred travelers, including several Boston-area academics, being denied entry to the United States. At Boston’s Logan Airport, hundreds of protesters assembled outside the foreign arrivals gate for hours Saturday night, chanting “Let them in.”

People gather for a protest at the International arrivals of Boston’s Logan International Airport after people arriving from Muslim-majority countries were held at the border control as a result of the new executive order by President Donald Trump. According to reports, thousands of people took part in the demonstration as people from countries on the suspension list were reportedly held at the airport.

Chants of Let them in! at Boston Logan #MuslimBan pic.twitter.com/FozzjJm2ZC

Scenes from tonight’s protest against #MuslimBan at Logan Airport pic.twitter.com/QZrQvvW6Eh

Protest against #MuslimBan at Logan pic.twitter.com/0OZD0MIhnB

Local elected officials, including Sen. Elizabeth Warren and Boston Mayor Marty Walsh, as well as, City Councilor and mayoral candidate Tito Jackson and Attorney General Maura Healey earlier in the day, also made appearances in support of the protest.

We will not allow a Muslim ban in the United States of America. Here’s what I said at Logan Airport tonight. #NoBanNoWall pic.twitter.com/XqeS9Iy14e

“We have to continue to stand up” @marty_walsh address 100s at @BostonLogan. Says federal judge issued stay, but work continues. @nbcboston pic.twitter.com/hXIFrvjj0S

I am at #Logan in solidarity to fight the #MuslimBan with the people of #Boston. Thank you ACLU Massachusetts.

“Donald Trump has taken a wrecking ball to the Statue of Liberty.” – @MassAGO #wcvb pic.twitter.com/QvnIrLZj6q 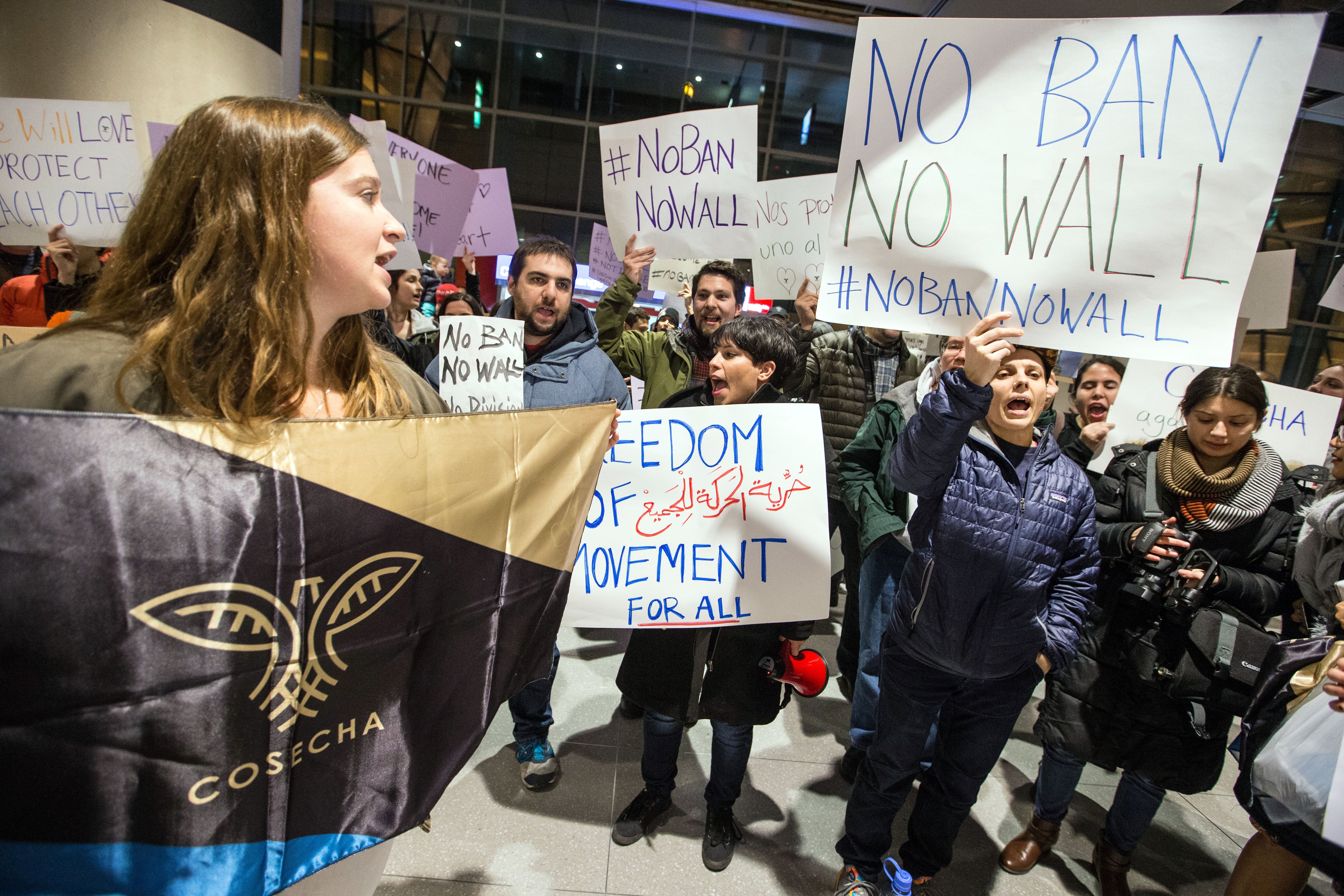 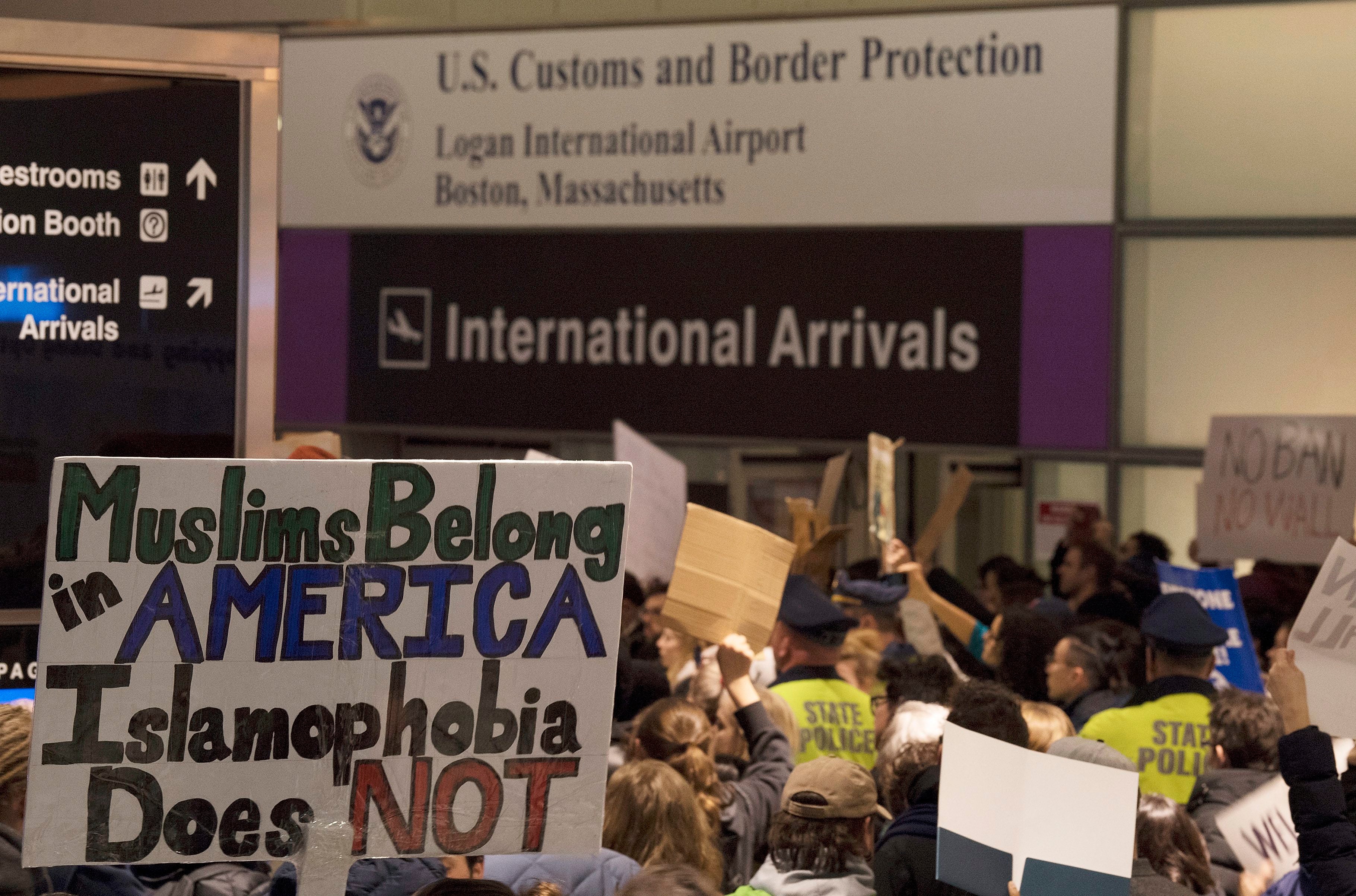