WASHINGTON — President Donald Trump on Monday reiterated his intention to roll back Dodd-Frank financial regulations enacted to prevent another financial crisis, telling reporters that he soon planned to “do a big number” on the 2010 law.

During the 2016 campaign, Trump had pledged to “dismantle” Dodd-Frank, passed when Democrats controlled the White House and Congress, without specifying the actions he planned to take. He has not announced his timetable for carrying through on that pledge as president.

Trump’s pick for secretary of the Treasury, Stephen T. Mnuchin, a hedge fund manager, also has promised to “kill” parts of the law, including the so-called Volcker rule restricting banks from making certain kinds of speculative investments of the kind that led to the 2008-09 global economic crisis.

“Dodd-Frank is a disaster,” the president said during a 10-minute session with reporters as he signed an executive order slashing government regulations.

“We’re going to be doing a big number on Dodd-Frank,” Trump said. “The American dream is back.”

Before meeting with business leaders late Monday morning, Trump again took credit for the performance of the stock market, which recently crossed the 20,000 milestone for the first time.

Perhaps the most important section of Dodd-Frank is the requirement that banks undergo periodic stress tests to monitor liquidity and their ability to withstand a financial shock akin to the collapse of the housing market in 2008.

In response to the law, banks have curbed parts of their businesses, including proprietary trading, and focused more on raising revenue through consumer services.

The financial services industry spent millions seeking to prevent Dodd-Frank from going into effect, but some in the industry have cautioned against creating new upheaval by scrapping it completely.

“We’re not asking for wholesale throwing out Dodd-Frank,” Jamie Dimon, the CEO of JPMorgan Chase & Co., said at a financial services conference in December.

The executive order that Trump signed Monday requires federal agencies to identify two regulations they plan to cut whenever requesting a new one — a requirement that opponents have called arbitrary, but one that fulfills an early campaign pledge. 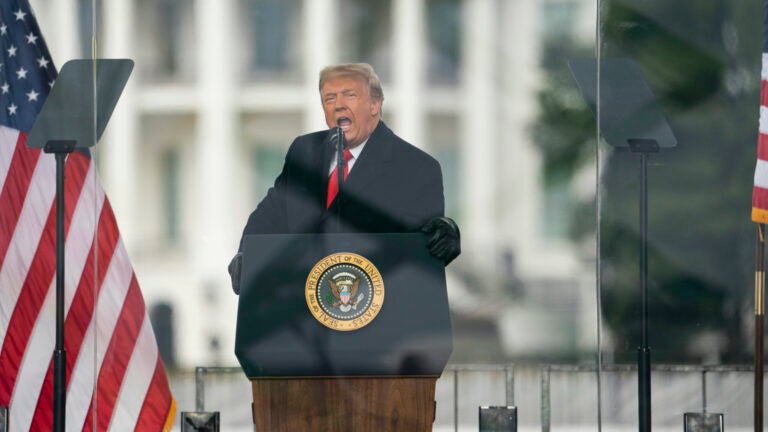