President Donald Trump, who has been hitting the links as recently as this past weekend, is infamously proud of his golf game. In fact, there’s a plaque memorializing the hole-in-one he apparently hit at his own golf course in New York.

Trump gave us another reminder of his golfing skills Thursday.

During a manufacturing roundtable, the president coaxed General Electric CEO Jeff Immelt into recounting the story of the time he witnessed Trump hit a hole-in-one.

“Jeff actually watched me make a hole-in-one,” Trump told the roundtable, just after Immelt introduced himself. “Can you believe that?”

“Should you tell that story?” the president asked Immelt.

Yes — after the somewhat forceful push — the GE executive believed he should.

“We were trying to talk President Trump into doing The Apprentice — that was my assignment when we owned NBC,” Immelt said (the soon-to-be-Boston-based company agreed to sell NBC Universal to Comcast in 2009).

“President Trump goes up to a par-three on his course,” Immelt continued. “He looks at the three of us and says, ‘You realize, of course, I’m the richest golfer in the world’ — then gets a hole-in-one.”

“I have to say, I’ve seen the magic before,” he added, amid chuckles from the rest of the attendees at the meeting, including a grinning Trump.

Given that the first season of The Apprentice aired in 2004, the story appears to have been of a different hole-in-one than the one that earned Trump a plaque at his NYC course.

The president did have one correction of Immelt’s account.

“I actually said I was the best golfer of all the rich people, to be exact,” Trump said. 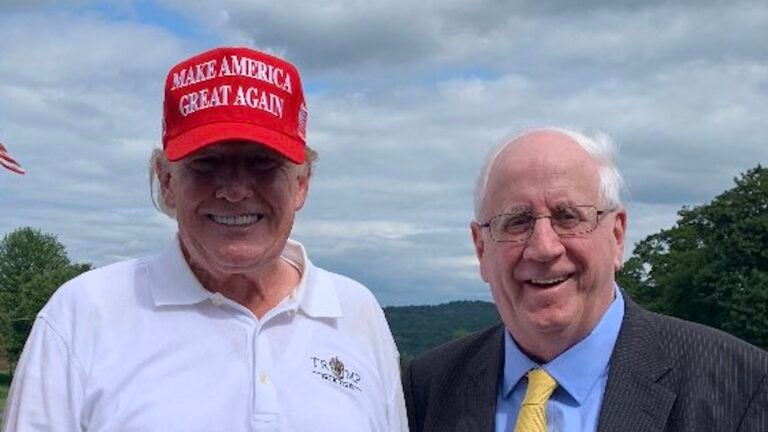