WASHINGTON — It began at 6 p.m. Thursday as a conspiratorial rant on conservative talk radio: President Barack Obama had used the “instrumentalities of the federal government” to wiretap the Republican seeking to succeed him. This “is the big scandal,” Mark Levin, the host, told his listeners.

By Friday morning, the unsubstantiated allegation had been picked up by Breitbart News, the site once headed by President Donald Trump’s chief strategist, Stephen Bannon. Less than 24 hours later, the president embraced the conspiracy in a series of Twitter posts accusing his predecessor of spying on him, setting in motion the latest head-spinning, did-he-really-say-that furor of Trump’s 6-week-old presidency.

Previous presidents usually measured their words to avoid a media feeding frenzy, but Trump showed again over the weekend that he feeds off the frenzy. Uninhibited by the traditional protocols of his office, he makes the most incendiary assertions based on shreds of suspicion. He does so without consulting some of his most senior aides, or even agencies of his own government that might have contrary information. After setting off a public firestorm with no proof, he then calls for an investigation to find the missing evidence.

To his adversaries, Trump’s bomb-throwing seems like a calculated strategy to distract from another story he wants to avoid. In this case, they said Sunday, he clearly wanted to turn the conversation away from Attorney General Jeff Sessions, who recused himself last week from any federal investigation into the Trump campaign’s ties with Russia in response to reports that he had met with Russia’s ambassador during the presidential race. Instead of what Sessions did or did not do, the Sunday talk shows were dominated by discussion about what Obama did or did not do.

But in shifting the story, Trump also kept the Russia investigation front and center, rather than his initiatives on health care, taxes or jobs. His first address to Congress, which won him plaudits for being presidential, was last week but now feels ages ago. Even some Republicans pointed out that if an eavesdropping warrant had been approved, it would mean that a judge was convinced that someone in Trump’s circle might have committed a crime or acted as a foreign agent.

“I’m very worried that our president is suggesting that the former president has done something illegally,” Sen. Lindsey Graham, R-S.C., told the audience at a town hall-style meeting in his home state over the weekend. At the same time, he said, “I would be very worried if, in fact, the Obama administration was able to obtain a warrant lawfully about Trump campaign activity with a foreign government.”

This was hardly the first time Trump made a shocking accusation without evidence. He claimed that more than 3 million people voted against him illegally in November, giving Hillary Clinton a victory in the popular vote. Republican and Democratic officials alike said there was no indication of any such thing, and Trump’s promised investigation has so far led nowhere.

Nor was it the first time Trump leveled astonishing allegations against Obama. He spent years promoting the false claim that Obama was not born in the United States, promising an investigation to uncover the truth and backing down only last year, during his campaign. And last summer, he asserted that Obama was “the founder of ISIS.” Attorney General Jeff Sessions during a press conference at the Justice Department in Washington.

The White House remained firm Sunday even after Obama’s office denied ordering a wiretap and James Clapper, the former director of national intelligence, said on NBC’s “Meet the Press” that there had been no wiretapping of Trump or his campaign. James Comey, the FBI director, privately asked the Justice Department to issue a statement that Trump’s claim was false, senior officials said, but the department had not done so as of Sunday evening.

“Everybody acts like President Trump is the one that came up with this idea and just threw it out there,” Sarah Huckabee Sanders, a White House spokeswoman, said on “This Week” on ABC News. “There are multiple news outlets that have reported this. And all we’re asking is that we get the same level of look into the Obama administration and the potential that they had for a complete abuse of power that they’ve been claiming that we have done over the last six months.”

Sanders pointed to reports in “multiple outlets,” including The New York Times, as the foundation for the allegation. Levin, the radio host, likewise read from a series of mainstream news reports during an appearance on “Fox & Friends” on Sunday.

“The evidence is overwhelming,” he said. “This is not about President Trump’s tweeting. This is about the Obama administration’s spying, and the question isn’t whether it spied.” He added, “The question is who they did spy on, the extent of the spying — that is, the Trump campaign, the Trump transition, Trump surrogates.”

But the news organizations he and Sanders cited have not reported that Obama tapped Trump’s phones, as the president claimed on Twitter. The Times has reported that several of Trump’s associates are being investigated for their connections with Russians and that law enforcement agencies have examined intercepted communications. It has not reported that those associates themselves have necessarily been wiretapped, but it has reported surveillance of Russians, which is commonplace.

News outlets have noted that a phone call between Michael Flynn, Trump’s first national security adviser, and Russia’s ambassador to the United States, Sergei Kislyak, was monitored, leading to Flynn’s resignation because his account of the conversation did not match the intercept. It is common for the United States to monitor the communications of Russia’s ambassador.

The Times also reported that before leaving office, Obama officials tried to spread information about Russian meddling in the election and possible links between Russia and Trump associates, in order to leave a trail for government investigators.

Some Republicans suggested that Trump might have extrapolated that into an unfounded assertion. “I think the president was not correct, certainly, in saying that President Obama ordered a tap on a server in Trump Tower,” former Attorney General Michael Mukasey said on “This Week.” “However, I think he’s right in that there was surveillance and that it was conducted at the behest of the attorney — of the Justice Department,” through the special court that authorizes eavesdropping on suspected foreign agents inside the United States.

Conservative radio hosts like Levin and Rush Limbaugh have focused on Obama’s “tactics” for a while. But it was not until Breitbart published its story that the specific claim crossed Trump’s desk.

Trump’s aides — including Bannon, an anti-establishment figure who has long questioned the motives of parts of the extensive intelligence bureaucracy — have believed for a long time that the Obama administration colluded with federal investigators who were searching for activity between Russian officials and the Trump campaign surrounding the hacking of Democratic National Committee emails.

They have never offered evidence, but Trump has long dabbled in conspiracy theories. So when Trump became aware of the claims in the Breitbart article, aides said, they were appealing to him. It was not immediately clear whether someone printed the article out for him or whether it was part of a collection of Twitter posts and news articles that his aides present to him each day. But it resonated.

Aides say Trump went into Friday in a foul mood. He had not known ahead of time that Sessions planned to recuse himself and never thought he should, even after Sessions acknowledged that he had talked to Kislyak despite suggesting otherwise in his Senate confirmation hearing.

Trump told some advisers that he thought Sessions had fumbled his answer at that hearing. But on Friday morning in an angry session in the Oval Office, the president railed at aides about the recusal, singling out the White House counsel’s office and the communications staff in a tirade visible through the window to a nearby television camera.

Still upset after arriving at Mar-a-Lago, his estate in Palm Beach, Florida, Trump woke up Saturday morning and began posting on Twitter at 6:26 a.m. In a burst of six messages, he tried to turn the tables by noting that members of the Obama administration also met with Russia’s ambassador. Without citing a source, he asserted that Obama had tapped his phones, and compared it to Watergate. “Bad (or sick) guy,” the president wrote.

How low has President Obama gone to tapp my phones during the very sacred election process. This is Nixon/Watergate. Bad (or sick) guy!

While the political world erupted over the allegation, Trump was adamant in conversations throughout the day that he was on to something. His chief strategist, Bannon, the former Breitbart chairman, flew down to Florida with Don McGahn, the White House counsel, on Saturday.

Late Saturday morning, Trump’s aides spoke about how to get him to stop posting on Twitter, to avoid opening himself up to further problems. He golfed a little, then returned to the club and began working the phones. By Sunday, advisers said, he was fuming that more people were not defending him.

And so he doubled down, calling for a congressional investigation.

“Reports concerning potentially politically motivated investigations immediately ahead of the 2016 election are very troubling,” Trump’s press secretary, Sean Spicer, said on Twitter. Until then, he said, the president will not comment further. 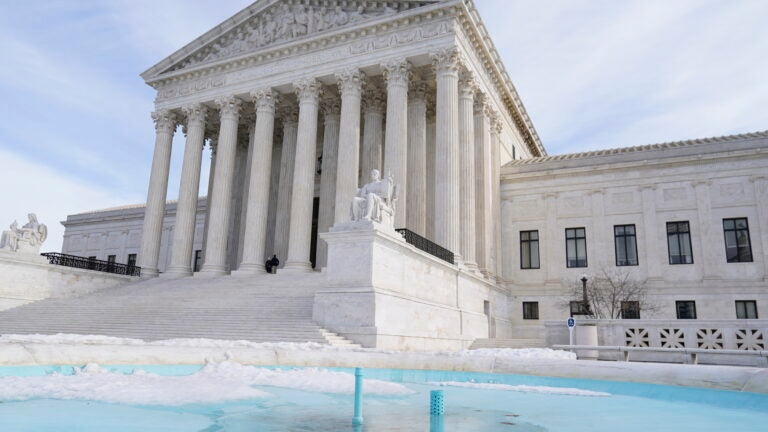