WASHINGTON (AP) — The Trump administration’s decision to send an aircraft carrier to waters off the Korean Peninsula is meant as a show of force, but it also could expose American weakness.

If North Korea goes ahead with a ballistic missile or nuclear test and the U.S. does nothing in response, America’s deterrence will appear diminished.

The USS Carl Vinson is on the move as anticipation mounts that North Korean leader Kim Jong Un will stage a weapons test around the anniversary of the birth of his grandfather, Kim Il Sung, the nation’s founder, on Saturday. Another potential date: An April 25 celebration of its armed forces.

The North sees U.S.-South Korea war games as preparations for an invasion. The U.S. and its allies have expressed alarm about the North’s recent ballistic missile launches, including a four-rocket salvo last month it described as a practice to strike U.S. bases in Japan.

Washington’s ultimate concern is the North’s developing ability to mount a nuclear warhead on an intercontinental missile, which it should be able to master in the next few years.

President Donald Trump told the Fox News Channel in an interview broadcast Wednesday that the U.S. was sending “an armada” of vessels, including submarines, but he declined to discuss military plans. At the Pentagon on Tuesday, Defense Secretary Jim Mattis said sending the Vinson was “prudent.”

.@POTUS on North Korea: “We are sending an armada.” https://t.co/bYfHbwIm47 pic.twitter.com/WFKJknP1fX

Army Gen. Vincent Brooks, commander of U.S. forces in South Korea, decided not to come to Washington for congressional hearings this month, his office said Tuesday, suggesting he had to stay for a potentially hazardous situation under his command. U.S. defense officials said that didn’t mean military action was imminent. A similar decision was made amid tensions in 2013.

But the Vinson’s presence near North Korea points to the larger challenge for the U.S. of deterrence, which has to be backed by the real threat of force.

No one has spoken of shooting down a North Korean missile unless it directly threatens the U.S. or its allies in East Asia. Kim is likely to be undeterred to conduct tests because he has made nuclear weapons development a national priority, seeing them as a guarantee against U.S.-backed efforts that have toppled authoritarian governments in Iraq, Libya and elsewhere.

Trump’s policy toward the North Korean threat is still taking shape. The emphasis has been on pressing China to use its economic leverage to rein in its wayward ally. In the Fox interview, Trump said he told Chinese leader Xi Jinping when they met in Florida last week that “you have a tremendous power because of trade.”

They spoke again by phone on Tuesday night. Trump tweeted it was a “very good call” about “the menace of North Korea.” China’s foreign ministry said Xi insisted on denuclearization of the Korean Peninsula and advocated resolving the problem “through peaceful means.”

The United States periodically sends aircraft carrier strike groups to waters near the Korean Peninsula to retain a naval presence and project power in the Asia-Pacific region. The Carl Vinson took part last month in the U.S.-South Korea war games.

President Barack Obama ordered an aircraft carrier to the Korean Peninsula in a show of force in November 2010 after North Korea launched a deadly artillery barrage on the South. Then, the fear was a conflagration at the heavily militarized border.

Washington views the threat as one against the U.S. itself too, as North Korea’s nuclear and missile programs approach the capacity to reach the U.S. mainland. That has raised the question of whether the U.S. would be prepared to shoot down a North Korean missile. Doing so would be a real-world test of America’s uncertain missile defense capabilities.

The Carl Vinson is accompanied by a destroyer ship with an Aegis combat system to track and intercept missiles.

John Park, director of the Korea Working Group at the Harvard Kennedy School, said if North Korea went ahead with a missile test to mark this weekend’s anniversary, there would be questions if the U.S. was in the region but did not try to stop it. If it uses the Aegis system, a failure would hurt the system’s credibility.

That would also alarm allies Japan and South Korea, which also have the Aegis.

In a statement Tuesday, North Korea’s Foreign Ministry said the aircraft carrier deployment “goes to prove that the U.S. reckless moves for invading … have reached a serious phase.” 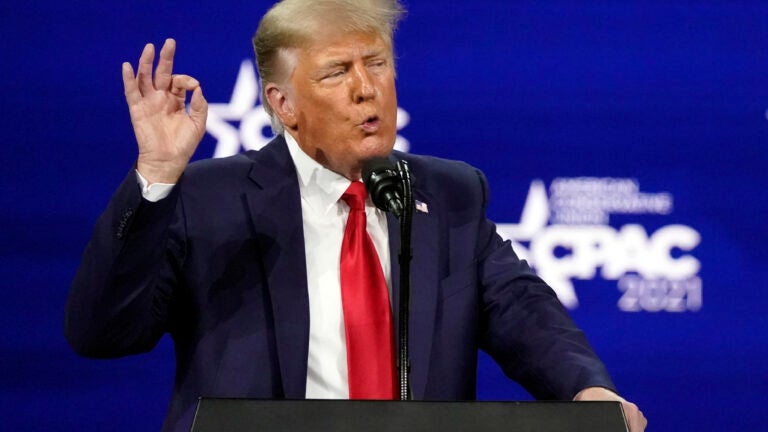