Sen. Elizabeth Warren is apparently a big fan of the HBO show Ballers — a fact that was noticed Sunday by none other than the show’s producer and co-star, Dwayne “The Rock” Johnson.

In a tweet to his 11 million followers Sunday afternoon, Johnson thanked Warren and her husband, Bruce Mann, for watching — and also paid the Massachusetts Democrat a quick compliment.

“Like you, we ball hard,” he tweeted, linking to an Uproxx article highlighting the senator’s fandom of Ballers.

Warren responded to Johnson’s praise Sunday afternoon — tweeting that she and Mann were looking forward to Ballers Season 3 premiere and referencing a plot line involving her home-state New England Patriots.

We’ve got 7/23 marked on our calendars. Sure hope Ricky sticks with the Pats! https://t.co/lyw1iJUllQ

In addition to a recent Facebook post, Warren plugged the show twice in the prologue of her recently released book. Warren wrote that she and Mann binge-watched the show rather than election night coverage last November:

Luv this. Thx U Senator Elizabeth Warren (and hubby Bruce) for watching our @BallersHBO. Like you, we ball hard ???https://t.co/PGiy1R125L

Sunday’s tweet is hardly the first time Johnson has toed the edge of politics. The generally apolitical professional wrestler-turned-actor appeared at the 2000 Republican National Convention. He also recently received praise from both liberal filmmaker Michael Moore and The National Review, a conservative magazine.

Warren hasn’t ruled it out, either. 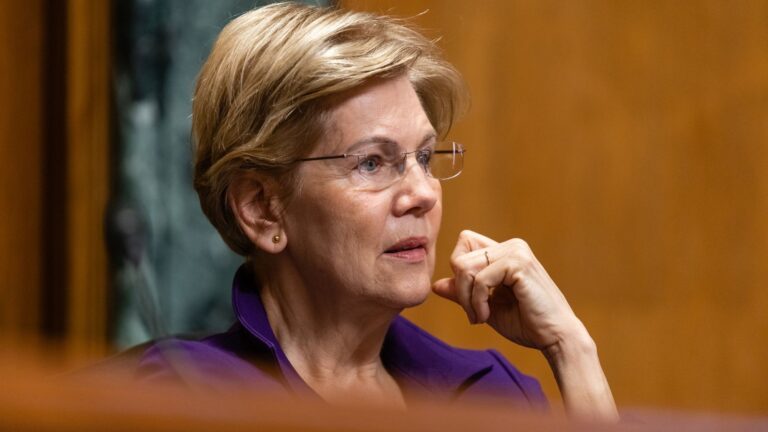