Rep. Katherine Clark has made combatting discrimination in private schools one of her top priorities in Congress, and during a House Appropriations subcommittee hearing Wednesday the Massachusetts Democrat took her concerns to the nation’s top education official.

Referring to a private religious school in Indiana that receives state voucher funds and explicitly says it may reject students from LGBT families, Clark repeatedly pushed Education Secretary Betsy DeVos on whether she would withhold federal funds from such schools.

“You are the backstop for students and the right to access a quality education,” Clark said. “Would you in this case say, ‘We are going to overrule and you cannot discriminate — whether it be on the sexual orientation, race, special needs — in our voucher programs?’ Will that be a guarantee from you for our students?”

DeVos, a longtime backer of “school choice” initiatives and one of President Donald Trump’s most scrutinized cabinet appointments, began to reply that she would defer to the state’s decision. But Clark cut in to again ask if there would be any situation of discrimination where DeVos would step in.

DeVos said she believed the department’s Title IX protections were “broadly applicable across the board.”

Clark repeatedly pressed DeVos to directly answer the question of if there was any situation in which the federal government would deny funds to a state that allows private schools to discriminate against certain students.

In response, DeVos said she believes “states continue to have flexibility to put together programs” and that “we have to do something different than continuing a top-down, one-size-fits-all approach.”

“I am shocked that you cannot come up with one example of discrimination that you would stand up for students,” Clark shot back as her allotted time expired.

The heated exchange garnered coverage from the Washington Post, Los Angeles Times, and CNN, among numerous other national outlets. Sen. Elizabeth Warren called DeVos’s answer “horrifying,” as Democrats both inside and outside the hearing room pounced on the education secretary’s comments.

Later during the hearing, DeVos pushed back on the notion that the Education Department would not stand up for students.

“I am not in any way suggesting that students should not be protected,” she said, according to the Post. 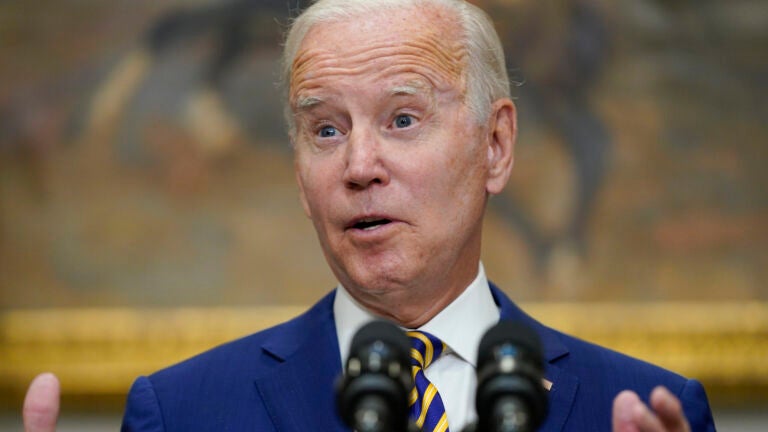