After addressing soon-to-be graduates at Harvard Wednesday, the former vice president took a trip across the river for dinner with the Boston mayor, with whom he has actually developed a close relationship since his famous 2013 mix-up.

According to the mayor’s press secretary, Gabrielle Farrell, Biden and Walsh dined at the No Name Restaurant, a 100-year-old seafood spot in Boston’s Seaport.

“They talked about Boston’s recent successes, Mayor Walsh’s reelection campaign and his vision for the city, Vice President Biden’s foundation and his work to further cancer research, as well as, strengthening the middle class and ending violence against women,” Farrell said.

As for the food, “they both recommend the apple pie with a scoop of vanilla ice cream,” she said.

In a tweet Thursday morning, Biden posted a photo of him and Walsh sitting at a table near the windows.

Great to see Mayor @marty_walsh, and hear about everything he’s doing to keep Boston strong. pic.twitter.com/U74RGLciBb

It was during the dinner that Walsh invited Biden to continue to join him at the Boys & Girls Club of Dorchester’s annual New England Women’s Leadership Awards nearby at the Seaport Hotel, where they surprised and congratulated the attendees.

Biden even gave an impromptu speech.

A wild @JoeBiden appeared. #NEWLA2017 @BGCDorchester wow how incredibly awesome. Love this organization so so so much. pic.twitter.com/GS4hBFdg2m 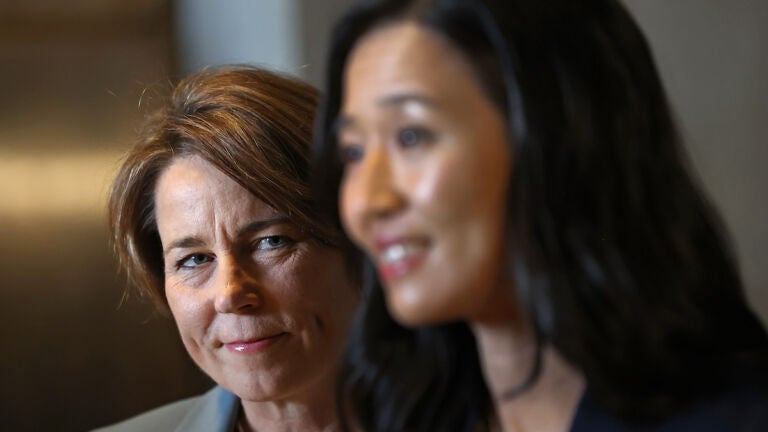