BOSTON (AP) — The debate over Massachusetts’ recreational marijuana law took a new twist on Friday with the release of a plan that would not raise taxes on pot and would leave decisions on whether to ban retail marijuana stores in the hands of local voters.

The proposal, unveiled in summary form by Sen. Patricia Jehlen, a Somerville Democrat, is in sharp contrast to a House bill that calls for increasing taxes on recreational marijuana from a maximum rate of 12 percent to a fixed 28 percent rate, and gives local governing bodies — such as city councils and select boards — the authority to keep pot shops out of their communities without first holding a referendum.

Jehlen is the Senate chair of the Marijuana Policy Committee, which spent several months considering revisions to the voter-approved law that legalized possession and use of recreational marijuana by adults. Senate members of the committee largely rejected the House version of the bill after it was released this week, with Jehlen calling it an assault on the will of the 1.8 million voters who approved the November ballot question.

“A high tax rate is not the will of the voters,” she said Friday in an interview after releasing the outline of the Senate bill.

“You want to start low enough to make the legal market catch hold,” said Jehlen, who did not rule out raising taxes in the future.

Supporters of higher taxes argue the revenue will be needed to pay for regulating recreational marijuana. The House bill also earmarks some of the proceeds from pot taxes for substance abuse treatment programs.

Even at 28 percent, the retail tax would be lower than in Washington and much of Colorado, states that had previously legalized recreational marijuana.

Democratic House leaders had originally planned to vote this week on their version of the bill, but put off debate in order to make technical corrections and address other concerns raised by members. A vote has now been set for Wednesday.

Jehlen said she expected the Senate proposal to be taken up within 10 days, setting the stage for negotiations on a final version of the bill.

The two chambers did appear to agree on several points, including a restructuring of the regulatory board that will oversee recreational marijuana, and removing a provision in the current law that gives existing medical marijuana operators a leg up in securing licenses for recreational sales.

Yes on 4, the group that sponsored the ballot measure, said it was encouraged by the approach senators were taking.

“On taxes, local control and social justice, the Senate gets it right,” spokesman Jim Borghesani said in a statement. “The House bill, even with its most egregious flaws addressed, adopts a hostile approach that would not serve any system of commerce well, much less the fledgling legal marijuana market.” 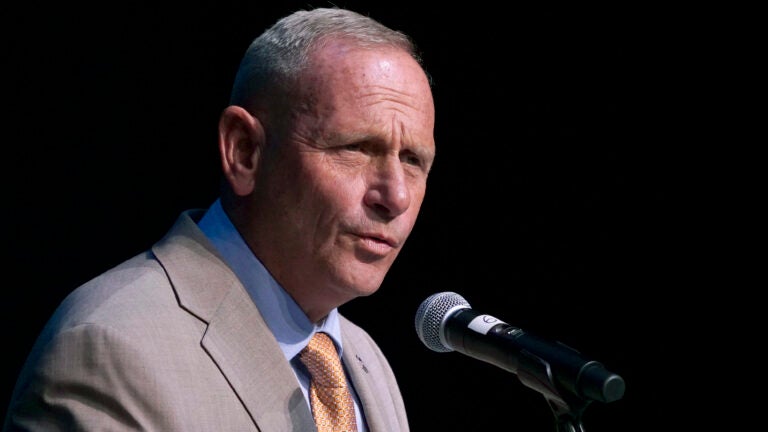 Another shift for NH GOP Senate candidate on 2020 election