Rhode Island’s Teacher of the Year is drawing attention for his display of LGBT pride in a photo-op with President Donald Trump.

The photo from Nikos Giannopoulos’ visit to the Oval Office in April shows the teacher wearing a rainbow pin on his suit jacket and he is casually waving a lacey black fan alongside Trump, who is smiling and seated at his desk, and a standing first lady.

Giannopoulos posted the photo to his Facebook page on Thursday. By Friday afternoon it had been shared thousands of times on social media.

His caption for the photo included three rainbow emojis and said “Rhode Island Teacher of the Year 2017 meets the 45th President of the United States. That’s all.”

In a previous post, Giannopoulos said he wore the pin “to represent my gratitude for the LGBTQ community” and brought the fan “to celebrate the joy and freedom of gender nonconformity.”

“Taking pride in queer identity means rejecting the shame imposed upon us by a harsh society,” he wrote. “It means opening yourself up to a lifetime of criticism and misunderstanding, but knowing that it’s worth it to be able to live authentically.”

On Wednesday, when I met the president as Rhode Island’s State Teacher of the Year, I did not know what to expect. After…

Giannopoulos is a special-education teacher at the Beacon Charter High School for the Arts in Woonsocket, according to the Rhode Island Department of Education.

Trump met with Teacher of the Year winners on April 26 at their traditional White House visit. 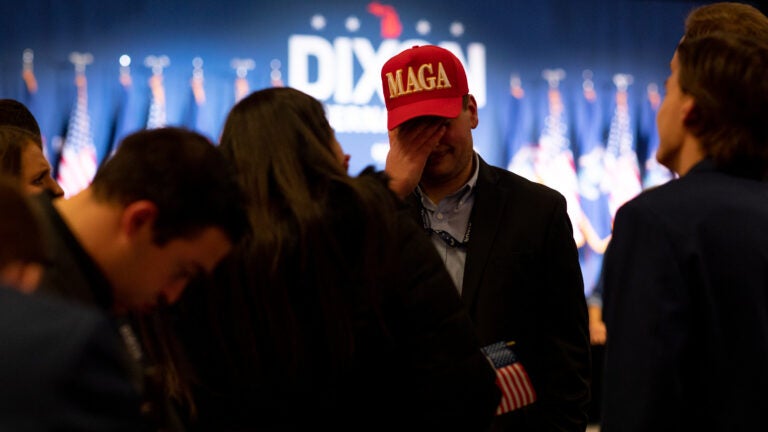