As Senate Republicans work to pass a health care bill, Alison Chandra thought it would be “fitting” to shed light on the financial realities of her son’s care at Boston Children’s Hospital.

It seems fitting that, with the #TrumpCare debate raging, I got this bill in the mail today from Ethan’s most recent open heart surgery. pic.twitter.com/pyUE2UxbWW

According to Chandra, her son Ethan’s most recent open heart surgery for heterotaxy syndrome — a rare genetic disorder in which organs form incorrectly or in the wrong place — would cost their family $231,115 without health insurance.

From more than $47,00 for “coronary care” to nearly $43,000 for supplies and implants, the striking figures quickly pile up. Yet with insurance, the New Jersey family was left owing just $500.

In a series of tweets, Chandra said her son already had four heart surgeries and will likely require more, in addition to regular appointments and prescription medications.

We’re hopeful that going forwards he’ll need fewer and smaller surgeries, but this was not the last time they’ll open his chest.

He takes 5 different prescription medications multiple times a day. All of this adds up. None of this would be possible without insurance.

According to Chandra, Ethan’s prenatal care and first two surgeries were paid for through Medicaid, until they were able to switch onto her husband’s employer-sponsored insurance.

“[Ethan’s] life is infinitely precious. That’s why we fight so hard,” Chandra wrote Friday. “And now this bill wants to take all that and throw it away for the sake of tax cuts for people who don’t even need them.”

Look my son in the eyes and tell him that he’s fought so hard to be here but sorry, you’re just not worth it anymore. I dare you. pic.twitter.com/IgdQOounyB

The nonpartisan Congressional Budget Office estimated Monday that the Senate bill would increase the number of people who are uninsured by 22 million by 2026 compared to the number under the current law.

The bill would also allow states to waive the Affordable Care Act’s standards for insurance requirements, including a slate of “essential health benefits,” such as inpatient and outpatient hospital care and prescription drug coverage. In an interview with CNN, Chandra said she is scared of how Ethan’s life would be affected if the bill is signed into law.

“My fear is that this bill comes into play and suddenly essential health benefits are no longer covered, like hospitalization, prescription medications,” she told the cable news outlet. “He will rely on prescription medications for the rest of his life. He is functionally asplenic and will need to take prophylactic antibiotics the rest of his life to prevent and protect against sepsis, a huge risk of death for our kids in the heterotaxy community.”

“It seems like our kids are being reduced to a line in a budget.” For this mom, the health care debate is personal https://t.co/UnvwT5VeXl pic.twitter.com/V61xBetXRQ

As of Monday afternoon, the photo of Ethan’s bill had been retweeted more than 53,000 times. Chandra said many had reached out to ask about financially supporting his treatment.

“Because we have insurance, we don’t need financial help,” she wrote. “Just fight to help us keep that coverage.” 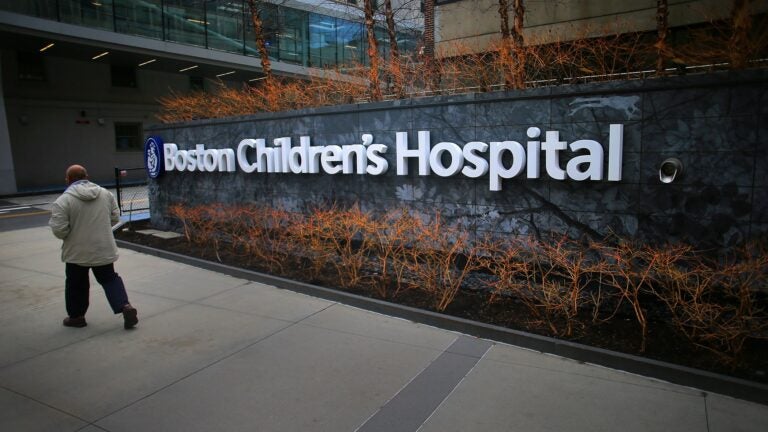