WASHINGTON (AP) — A key moderate Republican is urging President Donald Trump to support a bipartisan Senate effort to reinstate insurer payments, calling his move to halt the subsidies an immediate threat to millions of Americans who could now face rising premiums and lost health care coverage.

“What the president is doing is affecting people’s access and the cost of health care right now,” said Sen. Susan Collins of Maine, who has cast pivotal votes on health care in the narrowly divided Senate. “This is not a bailout of the insurers. What this money is used for is to help low-income people afford their deductibles and their co-pays.”

“Congress needs to step in and I hope that the president will take a look at what we’re doing,” she added.

This morning, I joined @JakeTapper on @CNNSotu for a discussion on health care, the Iran deal, & other topics. pic.twitter.com/ALSXjInFRl

Her comments Sunday came amid rising attention on the bipartisan bid led by Sens. Lamar Alexander, R-Tenn., and Patty Murray, D-Wash., to at least temporarily reinstate the payments.

Congressional Republicans are divided over the effort. And White House budget director Mick Mulvaney has suggested that Trump may oppose the agreement unless he gets something in return — such as a repeal of former President Barack Obama’s health care law or funding of Trump’s promised wall on the U.S.-Mexico border.

The insurer payments will be stopped beginning this week, with sign-up season for subsidized private insurance set to start Nov. 1.

“The president is not going to continue to throw good money after bad, give $7 billion to insurance companies unless something changes about Obamacare that would justify it,” said Sen. Lindsey Graham, R-S.C., who golfed with Trump Saturday at the Trump National Golf Club in Sterling, Virginia.

In his decision last week, Trump derided the $7 billion in subsidies as bailouts to insurers and indicated he was trying to pressure Democrats into negotiating an Obamacare repeal, a bid that repeatedly crashed in the GOP-run Senate this summer.

The subsidies are designed to lower out-of-pocket costs for insurers, which are required under Obama’s law to reduce poorer people’s expenses — about 6 million people. To recoup the lost money, carriers are likely to raise 2018 premiums for people buying their own health insurance policies.

Alexander and Murray have been seeking a deal that the Tennessee Republican has said would reinstate the payments for two years. In exchange, Alexander said, Republicans want “meaningful flexibility for states” to offer lower-cost insurance policies with less coverage than Obama’s law mandates.

On Sunday, House Minority Leader Nancy Pelosi, D-Calif., described Trump’s demand for a sit-down with congressional Democratic leaders as “a little far down the road,” noting that nothing in Trump’s proposals to repeal Obamacare indicates what would replace it. Pelosi pointed to the bipartisan effort in the Senate and said ultimately it will be up to a Republican-controlled Congress and executive branch whether the federal government can avert a shutdown by year’s end.

The government faces a Dec. 8 deadline on the debt limit and government spending.

“We’re not about closing down government. The Republicans have the majority,” Pelosi said. “In terms of the health care, we’re saying ‘Let’s follow what Sens. Murray and Alexander are doing.'”

“They’re trying to find common ground, and that should be encouraged,” she added.

The scrapping of subsidies would affect millions more consumers in states won by Trump last year, including Florida, Alabama and Mississippi, than in states won by Democrat Hillary Clinton. Nearly 70 percent of the 6 million who benefit from the cost-sharing subsidies are in states that voted for the Republican.

Republican Gov. John Kasich of Ohio said Sunday his state had anticipated that the insurer payments would be halted, but not so quickly. He called for the payments to be reinstated right away, describing a hit to Ohio — a state also won by Trump last November — for at least the “first two or three months.”

“Over time, this is going to have a dramatic impact,” Kasich said. “Who gets hurt? People. And it’s just outrageous.”

Nineteen Democratic state attorneys general have announced plans to sue Trump over the stoppage. Attorneys general from California, Kentucky, Massachusetts and New York were among those saying they will file the lawsuit in federal court in California to stop Trump’s attempt “to gut the health and well-being of our country.”

Collins appeared on ABC’s “This Week” and CNN’s “State of the Union,” Pelosi spoke on ABC, Graham appeared on CBS’ “Face the Nation,” and Kasich was on NBC’s “Meet the Press.” 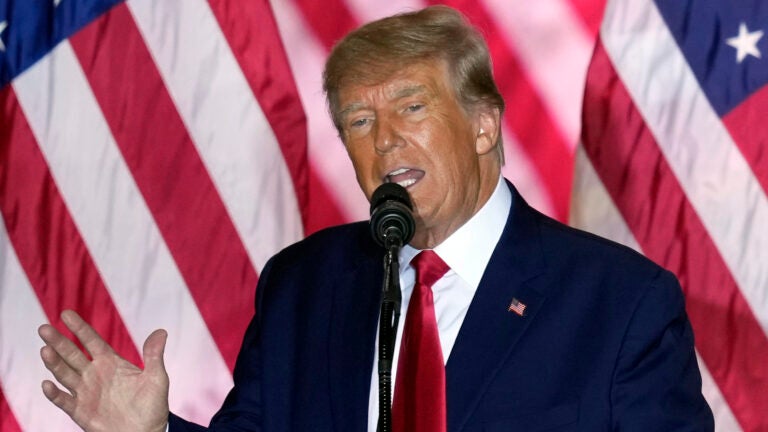