BOSTON (AP) — Lawmakers are about to get their first peek at Gov. Charlie Baker’s latest state budget.

The Republican governor is scheduled to submit his election-year spending plan — likely to top $41 billion — to the Democratic-controlled Legislature on Wednesday.

In his state of the state address on Tuesday, Baker mentioned a few of his budget priorities, including additional state aid for communities hosting families that came to Massachusetts after the devastating hurricanes in Puerto Rico and the Virgin Islands.

He said the spending plan for the fiscal year that starts July 1 will also help bolster the state’s transition to a greater reliance on renewable energy sources.

“Despite the tremendous progress we’ve made and will continue to make in Massachusetts, our climate is still changing,” Baker said in his speech on Tuesday. “That’s why we’ll dedicate an additional $2 million to climate adaptation and resiliency planning efforts in our 2019 budget, providing additional support to municipalities and accelerating statewide hazard mitigation planning.”

Baker said the state also has work to do to strengthen behavioral health services. He said the budget proposal will include more than $83 million in new funding for the Department of Mental Health to strengthen community-based services for adults with serious mental illness.

He said the services will provide active outreach and engagement services, residential supports, around-the-clock clinical coverage and include peer and recovery coaches as part of the treatment team.

The administration and legislative leaders have agreed to base their spending decisions on a projected 3.5 percent increase in tax revenues. The estimate is a conservative one — as tax collections in the current fiscal year are running about 6 percent ahead of the benchmark.

Analysts say the recently-approved federal tax overhaul is likely to result in at least a short-term increase in capital gains taxes that could be directed to the state’s reserves. Standard & Poor took the state’s bond rating down a notch last year, in part due to the state’s failure to replenish its so-called rainy day fund.

To increase the take-home pay for more than 400,000 working families, Baker also is proposing a doubling of the earned income tax credit, an idea likely to be popular with many Democrats.

The governor has told cities and towns to anticipate a $37 million increase in unrestricted state aid, and school districts to expect nearly $120 million in additional state funding, bringing K-12 education to more than $4.7 billion. 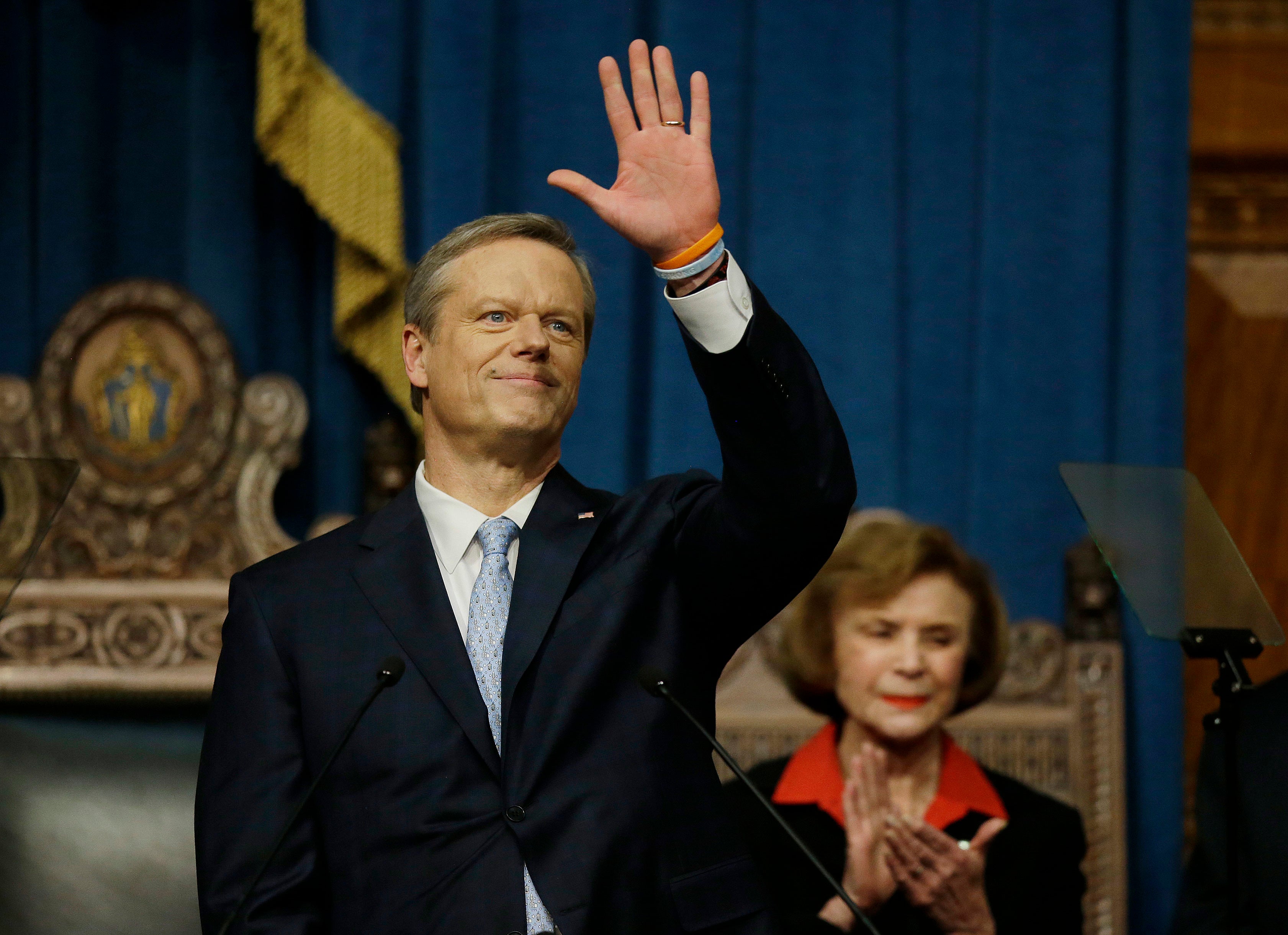