BOSTON (AP) — Lawmakers are weighing a bill aimed at preventing corporations from being able to claim religious exemptions from state anti-discrimination laws for conduct that occurs in Massachusetts.

The bill is in part a reaction to the 2014 U.S. Supreme Court decision that enabled the Christian-owned Hobby Lobby chain to be exempt from a federal mandate to offer contraceptives as part of its employee health care plans.

The bill states that “the powers of a business corporation do not include assertion — based on the purported religious belief or moral conviction on the part of the corporation, its officers, or directors — of exemptions from, or claims or defenses against, federal or state law prohibiting discrimination.”

“LGBTQ people across the commonwealth value the cornerstone of freedom of religion. It’s a core belief we all share,” Mason Dunn, Executive Director of Massachusetts Trans Political Coalition said in a statement. “However, when faith and religion are used to hurt and discriminate, that freedom becomes a weapon against our community — and that’s not something we can allow here in Massachusetts.”

Supporters also point to one of the biggest cases currently before the U.S. Supreme Court — Masterpiece Cakeshop v. Colorado Civil Rights Commission. At issue is whether a baker, citing his Christian faith, had the right to refuse to make a cake for a gay couple’s wedding celebration.

The bill, sponsored by Democratic state Rep. Michael Day of Stoneham, also states that any foreign corporation authorized to do business in Massachusetts would be subject to the same “duties, restrictions, penalties, and liabilities now or later imposed on, a domestic corporation.”

Catholic Action League of Massachusetts Executive Director C.J. Doyle opposes the measure and said the goal of the bill isn’t to prevent discrimination, but instead has “everything to do with coercing the consciences of Christians and enforcing homosexual ideology on the rest of society.”

“The same people who pleaded for tolerance and an end to discrimination when gay rights laws were being considered, now demand that Christians be punished, and if necessary, driven out of business if they refuse to service same-sex ‘marriage’ ceremonies,” Doyle wrote in an email to the Associated Press.

“If this legal thuggery succeeds, conscientious religious believers will be effectively excluded — which is to say, discriminated against, in entire professions — such as those of printers, photographers, bakers, florists, wedding planners, along with jobs and businesses in the hospitality industry,” he added.

Janson Wu, Executive Director of GLBTQ Legal Advocates & Defenders, however, said that Massachusetts has a vital interest in preventing discrimination through its state non-discrimination laws.

Wu said the bill “would work to ensure that corporations operating within Massachusetts cannot undermine these essential non-discrimination protections by asserting a religious exemption from our laws.”

The bill has a dozen legislative co-sponsors, all Democrats. 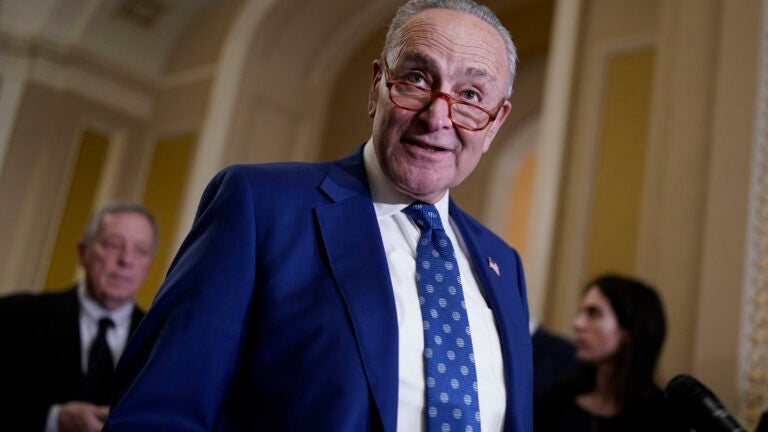